Abstract : China and Angola signed a Memorandum of Understanding (MOU) for cooperation on the Belt and Road Initiative (BRI) during the ...

China and Angola signed a Memorandum of Understanding (MOU) for cooperation on the Belt and Road Initiative (BRI) during the 2018 Forum on China-Africa Cooperation (FOCAC).

China and Angola have strengthened cooperation in many fields. For example, in October 2020, Chinese medical experts arrived in Angola to aid fight against COVID-19. In addition, Chinese enterprise Huawei expects to complete a technology park worth 60 million U.S. dollars in Angola by December 2021. 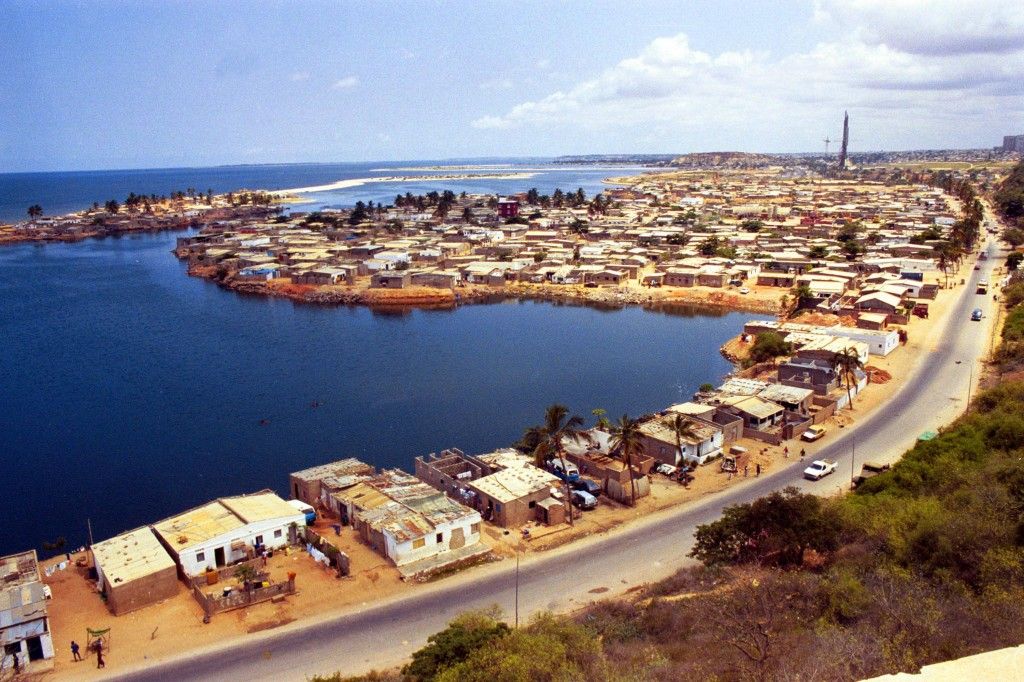 Angola, country located in southwestern Africa. A large country, Angola takes in a broad variety of landscapes, including the semidesert Atlantic littoral bordering Namibia’s “Skeleton Coast,” the sparsely populated rainforest interior, the rugged highlands of the south, the Cabindaexclave in the north, and the densely settled towns and cities of the northern coast and north-central river valleys.

The capital and commercial centre is Luanda, a large port city on the northern coast that blends Portuguese-style colonial landmarks with traditional African housing styles and modern industrial complexes.

Angola has a tropical climate with a marked dry season. The climate is largely affected by the seasonal movements of the rain-bearing intertropical convergence zone, the northward flow of the cold Benguela Currentoff the coast, and elevation. Rainfall is the key determinant of climatic differentiation, and it decreases rapidly from north to south and in proximity to the coast.

Apart from a few Europeans and isolated bands of Northern Khoisan speakers such as the !Kung (a Sangroup) in the remote southeast, all Angolans speak Bantu languages of the Niger-Congo language family, which dominates western, central, and southern Africa.

The largest ethnolinguistic group is the Ovimbundu, who speak Umbundu and who account for about one-fourth of the population. They inhabit the BiéPlateau, having migrated to Benguela and Lobitoand areas along the Benguela Railway to the west and east, and live in fairly large numbers in Luanda.

The next-largest ethnic groupis the Mbundu (Kimbundu), who speak Kimbundu and who also make up about one-fourth of the population. They dominate the capital city and the Malanje highlands and are well represented in most coastal towns.

Lunda, Chokwe, and Ngangela peoples live scattered through the thinly populated eastern part of the country, spilling over into the Democratic Republic of the Congo and Zambia.

The Ovambo (also known as Ambo) and Hereroeoples in the southwest also live in Namibia, while the closely related Nyaneka-Nkhumbi peoples inhabit only Angola.

The Portuguese government regarded Angola as its overseas crown jewel during the colonial period. It made the colony a target of ambitious settlement schemes and encouraged investment in the economy.

As a result of these efforts, the Angolan economy was growing rapidly by the 1970s, with commodities such as coffee, isal, diamonds, and petroleum the leading exports. Some light industry also developed in the major towns.

But this growth was unbalanced, most of the profits being concentrated in the hands of a small settler class, with the majority of the population relegated to forced-labour projects or compelled to sell agricultural goods at artificially low prices to marketing boards. The resultant inequality of income and opportunity played a significant role in the development of the nationalist movements.

The Angolan government has focused on reconstruction since the end of the war in 2002. The overall state of the economy has improved since then as well, largely owing to the income generated from the country’s petroleum industry.

Manufacturing had expanded rapidly prior to independence, but it was severely disrupted after 1975. Nationalization and the loss of skilled labour hit the manufacturing sector especially hard.

Output declined severely during the quarter century after independence because of the continuing threat of warfare, raw material shortages, and disruptions of power and the transportation infrastructure.

In the 1990s Angola attempted to counteract these problems by privatizing many businesses and industries and by introducing a new foreign investment code. The construction industry saw an increase of activity after the end of the civil war, as reconstruction was a priority of the government.

The National Bank of Angola, which issues Angola’s currency, the kwanza, acts as the central bank. Banks were nationalized after independence, but in 1985 foreign banks reentered the country, and in 1995 the government allowed the formation of private banks.

Most savings are held in informal banking structures outside the cumbersome state system. Foreign investment is highly concentrated in oil, diamonds, and fishing, but it is beginning to spread more widely through the economy as liberalization proceeds and nationalized assets are returned to the private sector.

Hydrocarbons account for the largest proportion of exports; almost half goes to China, where low-sulfur crude oil is sought by refineries. The economy is thus highly vulnerable to shifts in the price of oil. A small quantity of diamonds are also exported.

Imports come from several countries, with Portugal, China, and the United States among the top sources for imports. Angola imports consumer goods and capital goods and some transport equipment. It generally has a positive alance of trade.

The mixture of Portuguese and African culture has made urban Angola, especially the Luanda region, more like a Latin American than an African country. Its nightclubs, restaurants, and annual Carnival might seem at home in Brazil had not war and security measures made this sort of social life difficult. Nevertheless, the country has much to celebrate in its cuisine, festivals, and artistic traditions.

As in much of sub-Saharan Africa, palm oil is an indispensable part of many Angolan dishes, and a number of dishes emphasize the Angolan population’s love of seafood. The feast of Nganja, usually celebrated in April, is a harvest festival during which children roast corn. The Futungo market, near Luanda, provides craftsmen with a place to sell their handicrafts.

China and Angola signed a Memorandum of Understanding (MOU) for cooperation on the Belt and Road Initiative (BRI) during the ...