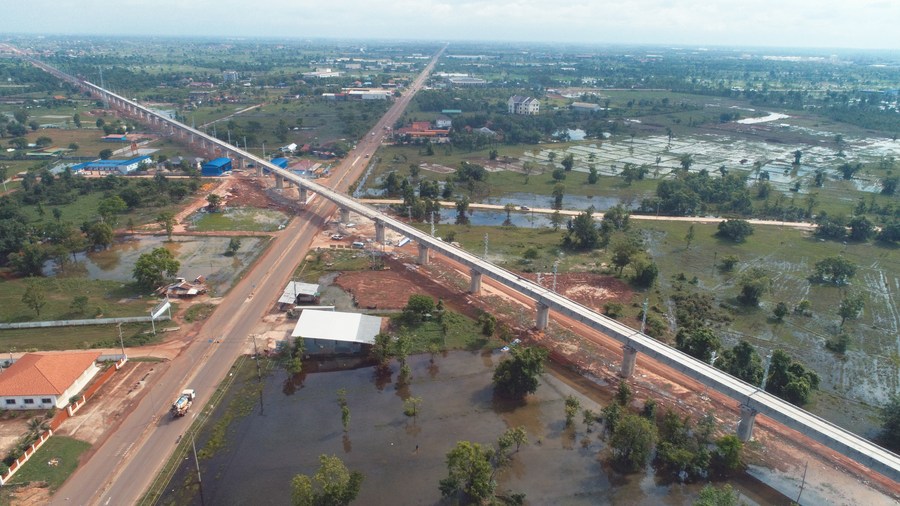 The construction of the project was kicked off at the end of 2019 and concluded this March. It includes building 20 circuits of 115kV transmission lines with a total length of 257 km and extends 11 bays in 10 substations in order to supply power from the state-run Electricite du Laos (EDL)'s grid to 10 railway traction substations. 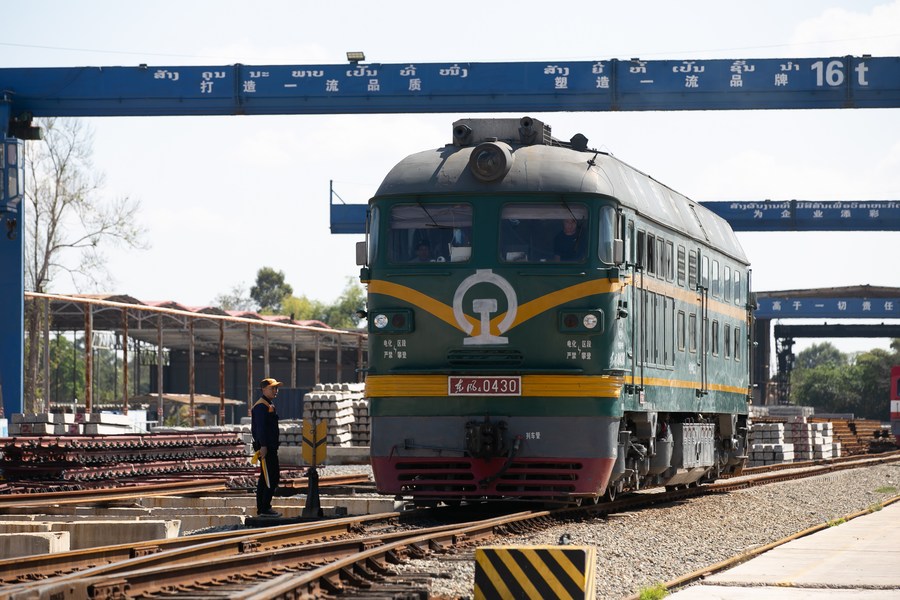 An engineering train runs in the China Railway No. 2 Engineering Group (CREC-2) railing base on the northern outskirts of Lao capital Vientiane, Feb. 10, 2021. (Photo by Kaikeo Saiyasane/Xinhua)

Laos-China Power Investment Company, co-sponsored by China Southern Power Grid (CSG) and the EDL, was established in November 2019 in Vientiane to invest, construct and operate the power supply project.

During the construction, the Chinese engineers from the CSG strictly followed the construction standards, ensured engineering safety and carried out COVID-19 epidemic prevention and control measures to proceed the project in an orderly manner.

"This is not simply a power project, but also a platform for cultural and technological exchanges between the two countries, since the Lao and the Chinese teams have further strengthened exchanges and enhanced mutual understanding in the process," said Kedsana Lattanalangsi, the EDL representative. 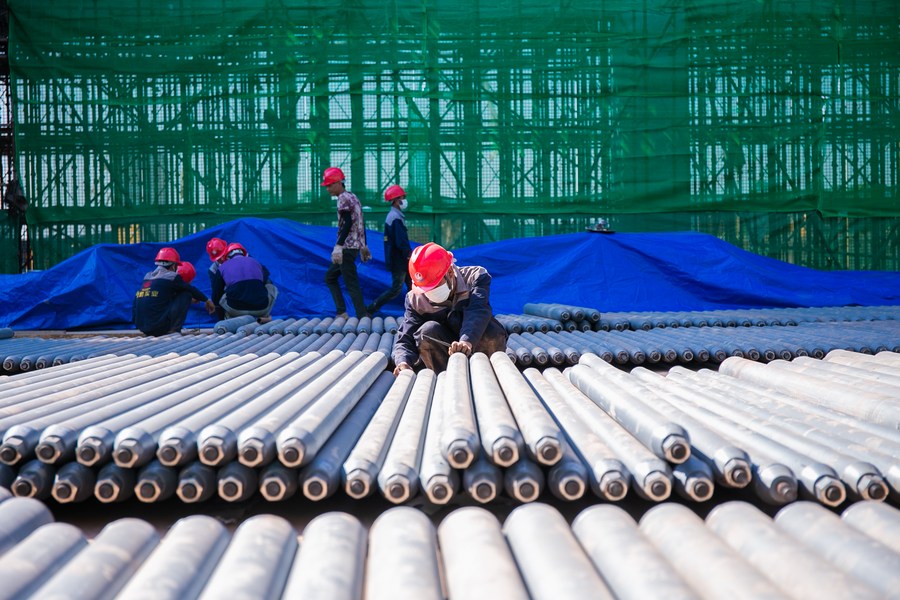 Workers work at the construction site of the Vientiane Railway Station of the China-Laos Railway in Vientiane, Laos, Nov. 19, 2020. (Photo by Kaikeo Saiyasane/Xinhua)

Huang Wengang, general manager of Laos-China Power Investment Company, told Xinhua on Monday that in the future operation of the project, the company will pay more attention to local staff training and prepare more professional technical management personnel for Laos.

Huang said the Chinese company will not only bring good technology and experience to Laos, but also take consideration of local culture and realities in forming a management system with Lao characteristics when providing long-term stable power supply for the China-Laos Railway.

The China-Laos Railway is a strategic docking project between the China-proposed Belt and Road Initiative and Laos' strategy to convert itself from a landlocked country to a land-linked hub.

The electrified passenger and cargo railway is built with the full application of Chinese management and technical standards.