Abstract : China and Burundi signed a Memorandum of Understanding (MOU) for cooperation on the Belt and Road Initiative (BRI) during the Forum on China-Africa Cooperation in 2018.

China and Burundi signed a Memorandum of Understanding (MOU) for cooperation on the Belt and Road Initiative (BRI) during the Forum on China-Africa Cooperation in 2018.

Chinese Foreign Minister Wang Yi said that China would like to take agricultural cooperation as a starting point to enhance the endogenous driving force and sustainable development capacity of the Burundian economy.

Burundian Second Vice-President Joseph Butore spoke highly of Burundi-China ties, stressing that in recent years, the bilateral relations are developing at a high level. Burundi is grateful to China for supporting its development and speaking up for it on international occasions, stressing that Burundiwill firmly support China on issues involving China's core interests and major concerns. 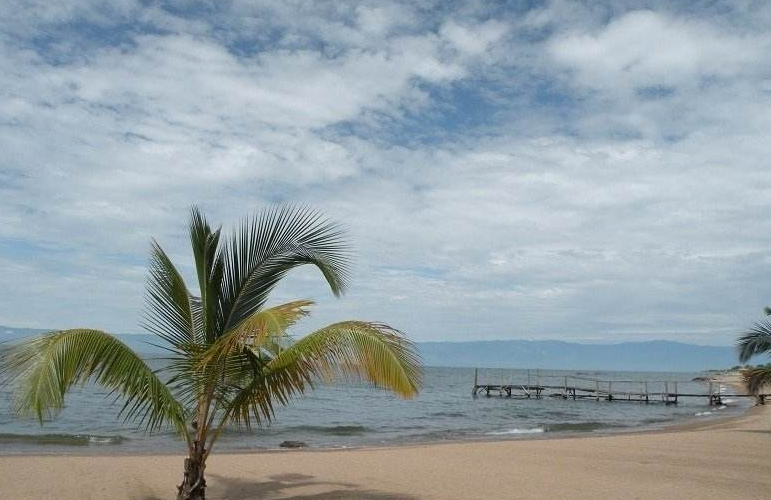 Burundi, a country in east-central Africa, south of the Equator. The landlocked country, a historic kingdom, is one of the few countries in Africa whose borders were not determined by colonial rulers.

Burundi’s capital, Bujumbura, lies at the northeastern end of Lake Tanganyika. The old section of the city comprisesuildings from the German and Belgian colonial periods, as well as a central market filled with hundreds of vendors’ booths. The country’s second city, Gitega, is also its cultural capital, containing the national museum and several schools. Gitega lies near the southernmost source of the Nile Riverand a spectacular waterfall, Chutes de la Kagera.

Burundi is bounded by Rwanda to the north, Tanzania to the east and south, Lake Tanganyikato the southwest, and the Democratic Republic of the Congoto the west.

As in Rwanda, Tutsi and Hutu are the principal ethnic communities, with the Hutu constituting the overwhelming majority and the Tutsi a significant minority. Other groups include the Twa Pygmies and a sprinkling of Swahili-speaking peoples from Tanzania and the Democratic Republic of the Congo. Common perceptions of Tutsi as uniformly tall and graceful and of Hutu as short and stocky do not fit the reality of physical variations because the two groups have frequently intermarried over the centuries.

Traditionally, the Hutu have been farmers, while the Tutsi have been pastoralists. Society was originally organized around family and clan loyalties.

Burundi’s official languages are Rundi (Kirundi), a Bantu language that is the standard medium of communication throughout the country, and French. Swahili, the language of trade, is widely spoken in Bujumbura, as is French. It is notable that Rundi is spoken by both the Hutu and Tutsi, who together form the overwhelming majority of the country’s population; such linguistic homogeneityis rare in sub-Saharan Africa.

Agriculture is the economic mainstay of the country, with industrial activities accounting for less than one-fourth of the gross domestic product.

Coffee, chiefly arabica, is the principal export crop and source of foreign exchange. Cash crops of lesser importance include cotton and tea.

By the late 1990s, more than three-fifths of the country’s population were living in poverty—a result of civil strife and the ravages of war, the predominance of traditional subsistence agriculture, the persistence of low income levels, chronic deficits in the balance of trade, and heavy dependence on foreign aid.

Western countries and surrounding African countries imposed economic sanctions against Burundi following a Tutsi-led military coup in 1996, which affected all of Burundi’s exports and its oil imports. Sanctions were eased beginning in 1997, a regional embargo was lifted in 1999, and much of the country’s foreign debt was forgiven in 2005, but the process of economic recovery has been slow.

Burundi typically imports food stuffs, capital goods, and petroleum products. The country’s main exports are coffee and tea. On average, export earnings are small (less than half the cost of imports), which reflects a steady growth of consumption and investment coupled with a sharp decline in the international price of coffee and rising import prices. Chief trading partners include China, India, Switzerland, the Democratic Republic of the Congo, and other nearby African countries.

Tourismin Burundi has great potential, but the country’s conflicts have severely limited visitors to the region.

Much of Burundi’s rich cultural heritage, most notably folk songs and dances, was intended to extol the virtues of kingship; however, since the fall of the monarchy in 1966 (and particularly after a massacre of Hutuin 1972), such cultural expression has waned. Burundian daily life has since been conditioned by the exigencies of survival in a time of civil strife and ethnic hatred, and many important social institutions, such as the family and the village council, have lost their force, weakened by political chaos and the wholesale displacement of populations.

Once widely celebrated events include the annual orghum festival (umuganuro), the occasion for a magnificent display of traditional dances by court dancers (intore). Also participating in the festival are drummers beating the Karyenda (“sacred drum”), an emblem of the monarchy—their performance is intended to give both musical and symbolic resonanceto this festival and to other ceremonial occasions.

Government efforts to promote interethnic harmony through displays of a shared cultural heritage have been sporadic and only modestly successful. Burundian museums that celebrate the country’s heritage include the National Museum in Gitega and the Living Museum in Bujumbura, which also includes botanical gardens and animal exhibits.

China and Burundi signed a Memorandum of Understanding (MOU) for cooperation on the Belt and Road Initiative (BRI) during the Forum on China-Africa Cooperation in 2018.