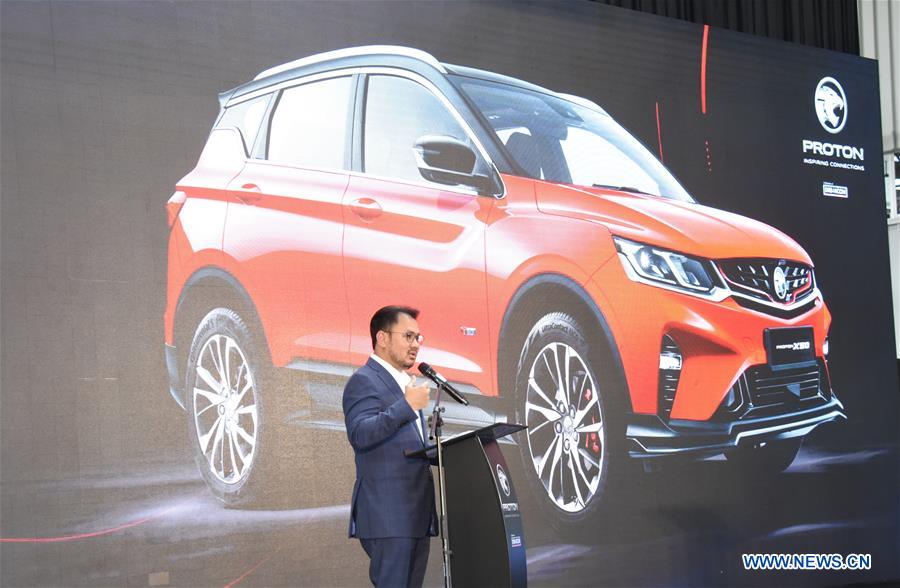 The vehicle will be put together at Proton's new assembly plant and is the second all-new product to result from the partnership between the two manufacturers, the company said in a statement.

Built on the platform that also underpins products from Geely and Volvo, the model will feature turbocharged engines, a seven-speed dual-clutch transmission (DCT) gearbox as well as the next generation of advanced driver assist systems.

Geely acquired 49.9 percent of Proton from Malaysia's leading conglomerate DRB-HICOM that owned 100 percent of Proton in 2017. The X70 was the first product of the partnership and has been a hit in the Malaysian market.

Proton chairman Syed Faisal Albar, who spoke during a preview ceremony of the vehicle at the plant, said the company as a local manufacturer would contribute to more jobs and wealth creation for the national automotive industry.

"This is vital at a time when COVID-19 has significantly hit Malaysia's economy," he said.

The addition of the new vehicle is expected to keep the Proton-Geely partnership on a trajectory of growth as the industry comes to grips with the COVID-19 outbreak, being the only company in the industry ahead of its sales volume from the previous year. Enditem

Malaysian national carmaker Proton rolled out the X50 Sports Utility Vehicle (SUV) on Tuesday from the partnership with China's Geely.