Abstract : China and Bangladesh signed a Memorandum of Understanding (MOU) for cooperation on the Belt and Road Initiative (BRI) in October 2016 during President Xi's state visit to Bangladesh.

China and Bangladesh signed a Memorandum of Understanding (MOU) for cooperation on the Belt and Road Initiative (BRI) in October 2016. 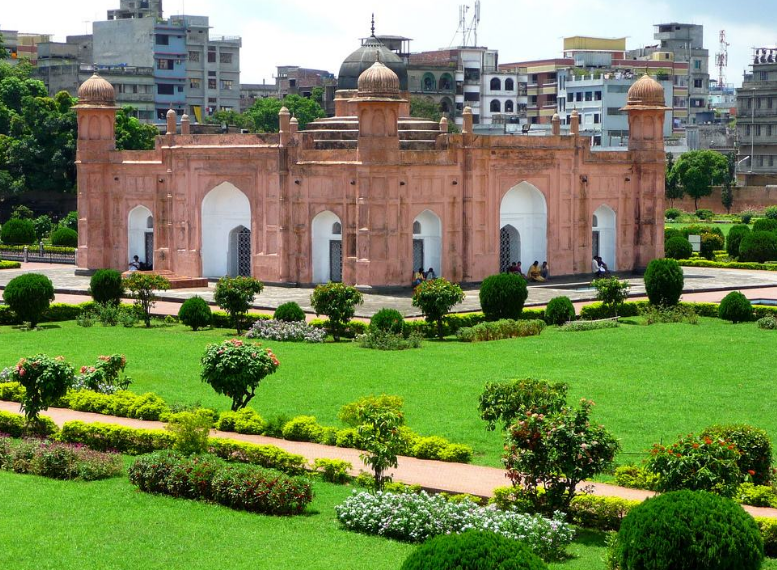 The riverine country of Bangladesh (“Land of the Bengals”) is one of the most densely populated countries in the world, and its people are predominantly Muslim.

In 1971, it became the independent country of Bangladesh, with its capital at Dhaka.

Bangladesh is bordered by the Indiantates of West Bengalto the west and north, Assamto the north, Meghalayato the north and northeast, and Tripuraand Mizoramto the east. To the southeast, it shares a boundary with Myanmar(Burma). The southern part of Bangladesh opens into the Bay of Bengal.

The vast majority of the population of Bangladesh is Bengali—a term describing both an ethnic and a linguistic group. The Bengali people are historically of diverse origin, having emerged from the confluenceof various communitiesthat entered the region over the course of many centuries. The Veddaeoples were perhaps the earliest group to settle in the area. According to some ethnologists, they were followed by peoples from the Mediterranean and neighbouring areas, particularly those who spoke Indo-European languages. During the 8th century CE, persons of Arab, Persian, and Turkish origin moved in large numbers to the subcontinent. By the beginning of the 13th century, they had entered what is now Bangladesh.

Bengali (Bangla), the national language of Bangladesh, belongs to the Indo-Aryangroup of languages and is related to Sanskrit. Like Pali, however, and various other forms of Prakritin ancient India, Bengali originated beyond the influence of the Brahmanociety of the Aryans. The Palarulers of Bengal (8th to 12th century)—who were Buddhists and whose religious language was Pali—did not inhibitthe emergence of a colloquialtongue known as Gaudiya Prakrit, the language from which Bengali developed.

Bengali is the mother tongue of almost the entire opulationof Bangladesh. However, the indigenousminority groups have their own languages and dialects, some of which are Tibeto-Burman languages. English, an Indo-European language, is spoken in urban centres and among educated groups.

Most of the people of Bangladesh follow the religion of Islam, which was made the official religion by a 1988 constitutionalamendment. The arrival of Muslims in Bengal at the beginning of the 13th century and the rapid increase in their strength and influence permanently changed the character and cultureof the area. When the Muslims first arrived, Hinduism was by far the dominant religion, although there were pockets of Buddhistsand a few adherents of local religions. The Hindus remained in the majority through the Mughaleriod (16th to 18th century). Even as late as the early 1870s, there were more than 18 million Hindus in Bengal, compared with about 16 million Muslims. From the 1890s onward, however, the weight began to shift toward the Muslims.

Bangladesh's heavy dependence on agriculturehas long contributed to seasonal unemployment among rural farmworkers, as well as to a generally low standard of livinging in many areas. To counteract this imbalance, a policy of industrialization was adopted in the mid-20th century. During the period of Pakistani administration (1947–71), priority was given to industries based on indigenous raw materials such as jute, cotton, hides, and skins. The principle of free enterprise in the private sector was accepted, subject to certain conditions, including the national ownership of public utilities. The industrial policy also aimed to develop the production of consumer goods as quickly as possible in order to avoid dependence on imports.

In 1973, the government launched a five-year development plan (the first of a series of such plans that have guided the country'seconomy into the 21st century). The policy of nationalization was gradually revised and was replaced by a 19-point program announced in 1979 that emphasized greater productivity and efficiency. In an effort to encourage private investment, the government also returned many state-owned enterprises to the private sector.

The typical household in Bangladesh, particularly in the villages, includes several generations of extended family. Most marriages are arranged by parents or other relatives, but increasing numbers of educated men and women choose their own partners. Custom and religion among Muslims require that a dowrye offered by the husband to the wife, but it is usually claimed only in the event of separation or at the husband’s death. Divorce is permissible among Muslims, and Muslim law (Sharīʿah) permits limited polygyny, although it is not widespread. Hindus may obtain a separation by application to a court of law.

The main festivals in Bangladesh are religious. The two most important are Eid al-Fitr, which comes at the end of Ramadan, the Muslim month of fasting, and Eid al-Adha, the festival of sacrifice, which falls on the 10th day of the last month of the Islamic calendar. On both occasions families and friends exchange visits.

While rice, pulses, and fish continue to constitute the staple diet of Bangladeshis, shortages of rice since World War II have forced the acceptance of wheat and wheat products as alternatives. Meat, including goat and beef, also is eaten, especially in the towns. At weddings and other festive occasions, seasoned rice (pilau) accompanies highly spiced meat dishes and curries. Bangladesh is noted for a large variety of milk-based sweets.

The lungi (a length of cloth wrapped around the lower half of the body, comparable to the Malaysian sarong) with a short vest is the most common form of male attire in the countryside and in the less-wealthy sections of urban settlements. Men of the educated classes prefer light cotton trousers called pajamas (from which the English word originates) and a kind of collarless knee-length shirt known as a panjabi. On more formal occasions they dress in a modification of the Western suit. The traditional sherwani and churidar, calf-length tunic and close-fitting trousers, are still seen at weddings, where they are worn along with the turban. The sari is common among women, but girls and younger women, especially students, prefer the shalwar kamiz, a combination of calf-length shirt and baggy silk or cotton trousers gathered at the ankles.

During the 20th century, football (soccer) emerged as the preeminent sport in Bangladesh. Field hockey, cricket, tennis, adminton, and wrestling also are popular. Bangladesh made its Olympic debut at the 1984 Summer Games in Los Angeles. Indigenous games of the "touch-and-run" type, however, remain among the favourites of children and youths. One such game, called kabadi, requires each of two teams in turn to send out a player to raid the other's territory. The raider must, while chanting, touch as many opposing players as he can without taking a breath. Kite flying is another traditional pastime enjoyed by young and old alike. The making of elaborate kites from cloth or paper is a distinctive form of visual art as well.

China and Bangladesh signed a Memorandum of Understanding (MOU) for cooperation on the Belt and Road Initiative (BRI) in October 2016 during President Xi's state visit to Bangladesh.