Noting that the Winter Olympic Games is an important global sports event, Fernandez said he will make a trip to Beijing and attend the opening ceremony with pleasure.

"It is a great opportunity to visit China as the President of Argentina, through which Argentina can seek to maintain closer relations with China," he said.

This year marks the 50th anniversary of diplomatic ties between Argentina and China, Fernandez said, "therefore it seems to me that being able to deepen the bond between China and Argentina is always opportune."

"For me, it is definitely a great opportunity that I have as president, and that Argentina has, to seek ties that bring China and Argentina closer together," he added.

Fernandez praised the preparations China has made for the Beijing Winter Olympics, and criticized a few countries for trying to politicize the event.

Argentina is sending six athletes to compete in the games. Fernandez said he hopes they could fully enjoy the Beijing games.

"It will be a pleasure for me to be able to accompany them and to be able to be present at the opening of these games," said the Argentine leader.

Fernandez said he is looking forward to the meeting with Chinese President Xi Jinping to discuss the strengthening of bilateral strategic cooperation in fields like COVID-19 prevention.

"President Xi Jinping is without a doubt one of the global leaders of our time, and therefore for me to be able to take advantage of a conversation with him, to be able to exchange ideas ... is a great opportunity," added Fernandez.

During the interview, Fernandez expressed his gratitude for China's support to Argentina on various issues, noting that during the pandemic, Argentina received help from China, for which it is eternally grateful.

As regards China's Belt and Road Initiative (BRI), the president said Chinese investment in Argentina in the areas of energy, food production and infrastructure is increasing, and the BRI is helping Argentina achieve further development.

Argentina holds the rotating presidency of the Community of Latin American and Caribbean States (CELAC) this year. Fernandez said he also hopes for more dialogue and cooperation between China and CELAC.

Given China's global status, it is essential to consolidate a cooperation mechanism such as the China-CELAC Forum, he added.

After knowing that the Beijing Winter Olympics coincides with the Chinese Lunar New Year, Fernandez extended his greetings to the Chinese people.

"I hope this year will be better, and the pandemic will pass as soon as possible," the president added. 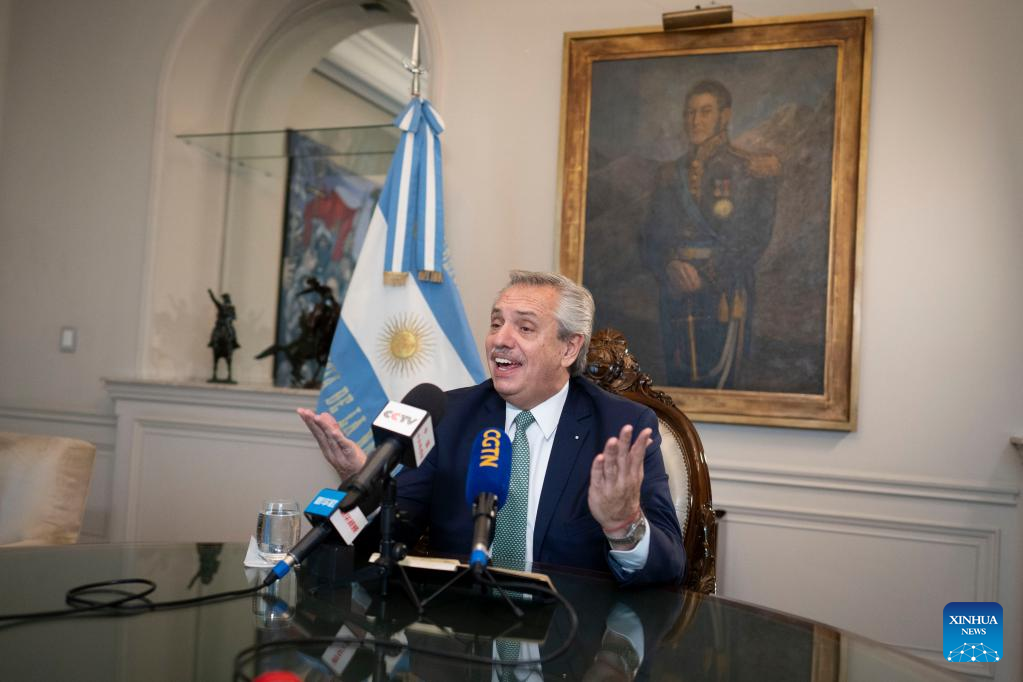 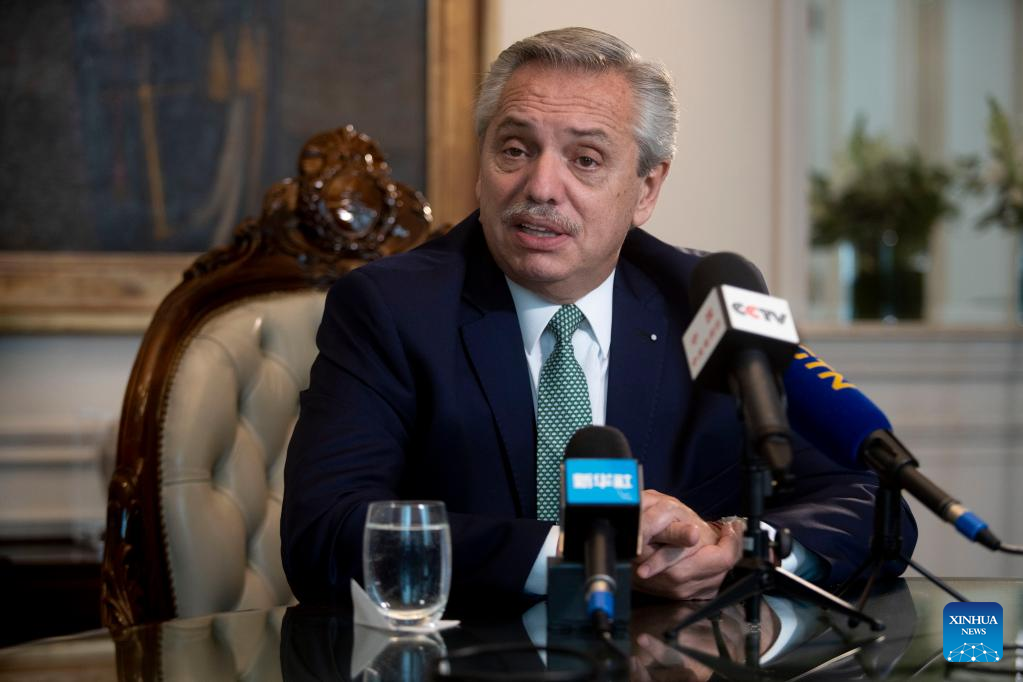