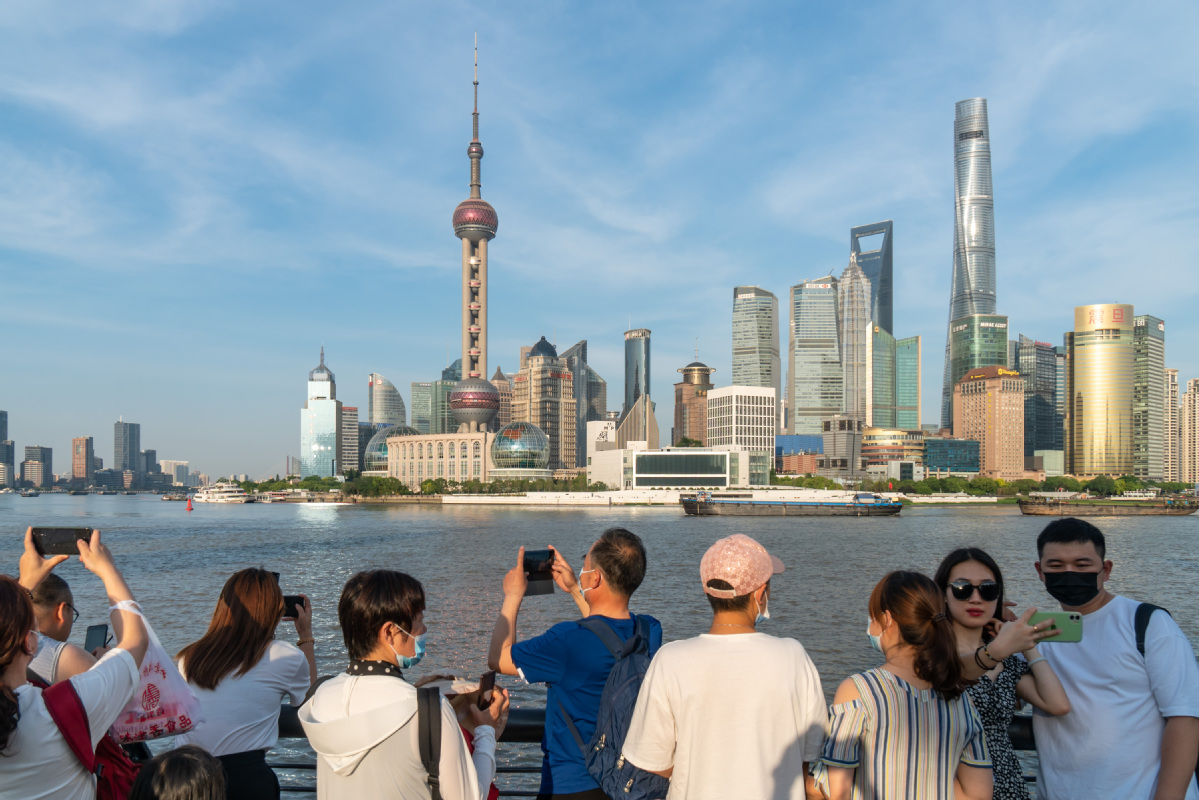 According to the guideline released by the Communist Party of China Central Committee and the State Council on July 15, Pudong should pioneer China's socialist modernization and serve as a link between the domestic and international markets. To that end, more international economic organizations and industry leaders should make their presence in Pudong, as the guideline further pointed out.

Pudong New Area's deputy head Yang Chao said at the launch ceremony on Wednesday that the World Expo Area, where the lately unveiled cluster sits, will help Pudong to reach that goal as it has already become the prime option of many international organizations.

Over the past five years, a total of 10 international economic organizations, which is half Pudong's total, have set up offices in the World Expo Area, including the Institute of Chartered Shipbrokers, Logistics Alliance Germany and the Global Association of the Exhibition Industry.

As Zhao Yuan, deputy head of the administrative committee of the World Expo Area, explained, these organizations have helped to elevate Shanghai's image and influence in the international community and enhance the city's competitiveness.

On one hand, organizations such as International Chamber of Commerce have helped to connect international economic and trade rules so that Shanghai can open up to the international market more effectively.

Officially launched in July 2015, the New Development Bank is the first international organization which set its global headquarters in Shanghai. The bank has been the first multilateral bank to issue green bonds onshore in China in 2016. It is also the largest issuer of panda bonds in China. Its 30-story building located in the World Expo Area will go into use in September.

"None of this would have been possible if it was not for the supportive enabling environment created by the Shanghai and Pudong government," said Leslie Maasdorp, vice-president of the New Development Bank.

Another three international economic organizations, including the Chartered Institute of Management Accountants, Transport Asset Protection Association and Automotive Industry Action Group, reached agreements with the administrative committee of the World Expo Area on Wednesday to set up offices here. It is expected that more than 20 international economic organizations will have joined the cluster by the end of 2025.