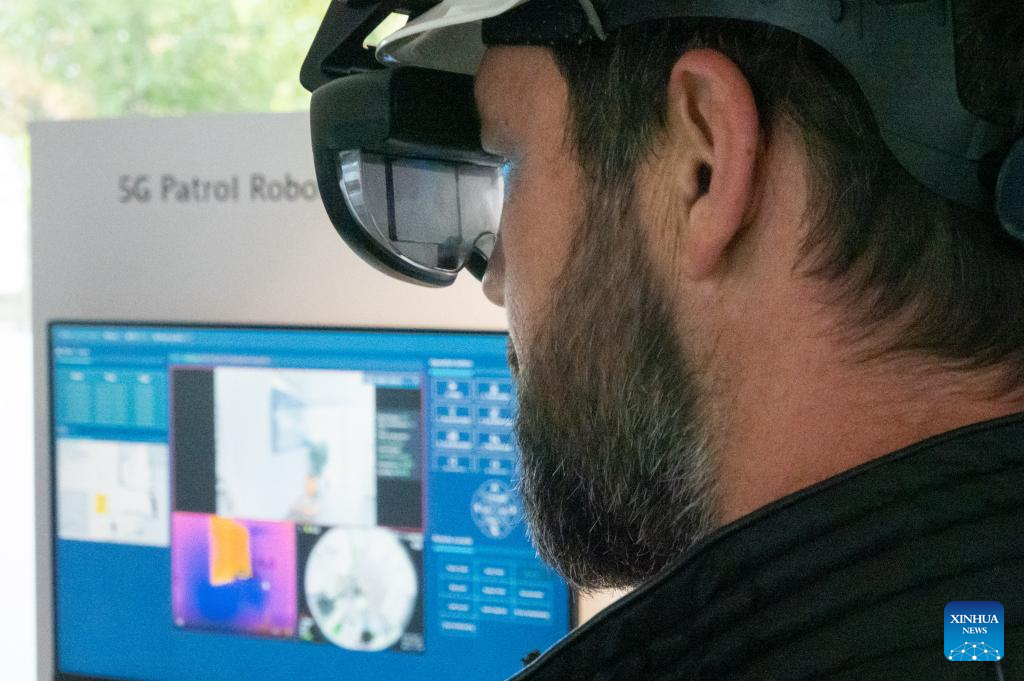 Some 250 representatives from government, industry and academia attended this year's event, which is themed "Innovate for a Diverse Europe."

"At Huawei, we believe that we can lead innovation for the future through continuous investment in research and development. Innovation will be crucial to realize our sustainable future," said Jeff Wang, president of public affairs and communications department at Huawei, in a video speech.

He added that "we look forward to working with our partners to create a smarter, greener and sustainable Europe."

At the opening ceremony, Hungarian foreign minister Peter Szijjarto hailed Huawei's investments in Hungary, including the company's R&D center in Budapest and its largest European logistics center near the capital, as "a source of pride" for his country.

"Both parties benefited greatly from the strategic cooperation signed ten years ago, and the Hungarian government is ready to continue this cooperation," he added.

During the event, the University of Public Service of Hungary signed a partnership agreement with Huawei as part of the company's "Seeds for the Future Scholarship" program to promote information and communication technology education.

Huawei said some 1,000 students from 12 European countries have received a total of 5 million euros (4.8 million U.S. dollars) in the past two years from its scholarship program.

Huawei has also partnered with Hungary's Ministry of Technology and Industry, the Hungarian Battery Association and Planergy Solutions on a white paper to boost the green transition in Hungary's energy sector, the Chinese company said in a statement after the event. (1 euro = 0.96 U.S. dollar) 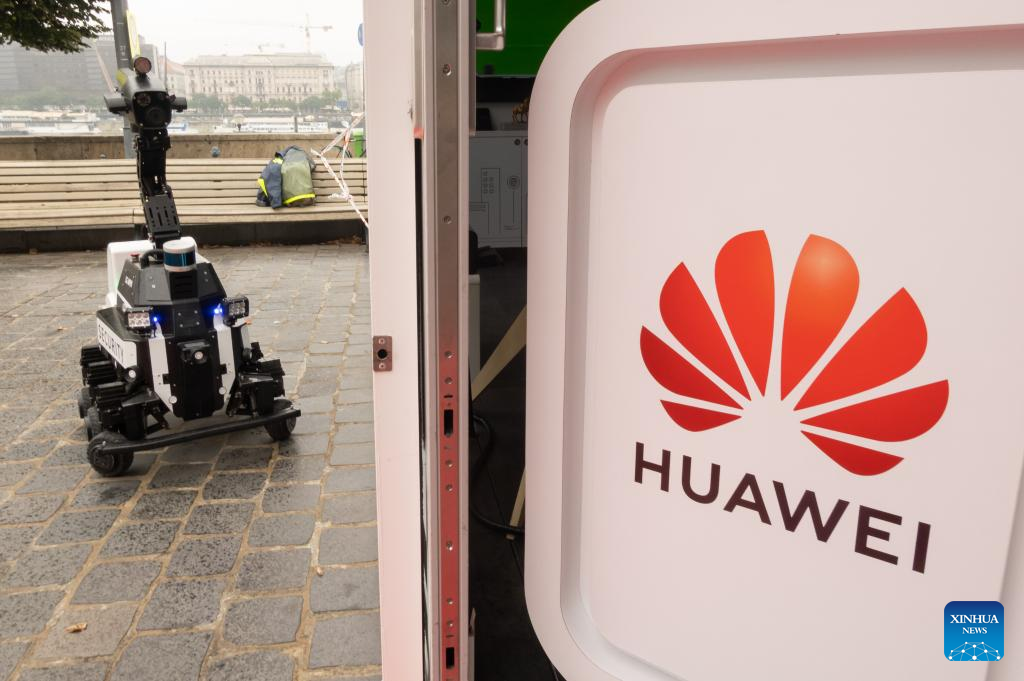 A 5G patrol robot is seen during Huawei's European Innovation Day in Budapest, Hungary, on Sept. 27, 2022. (Photo by Attila Volgyi/Xinhua) 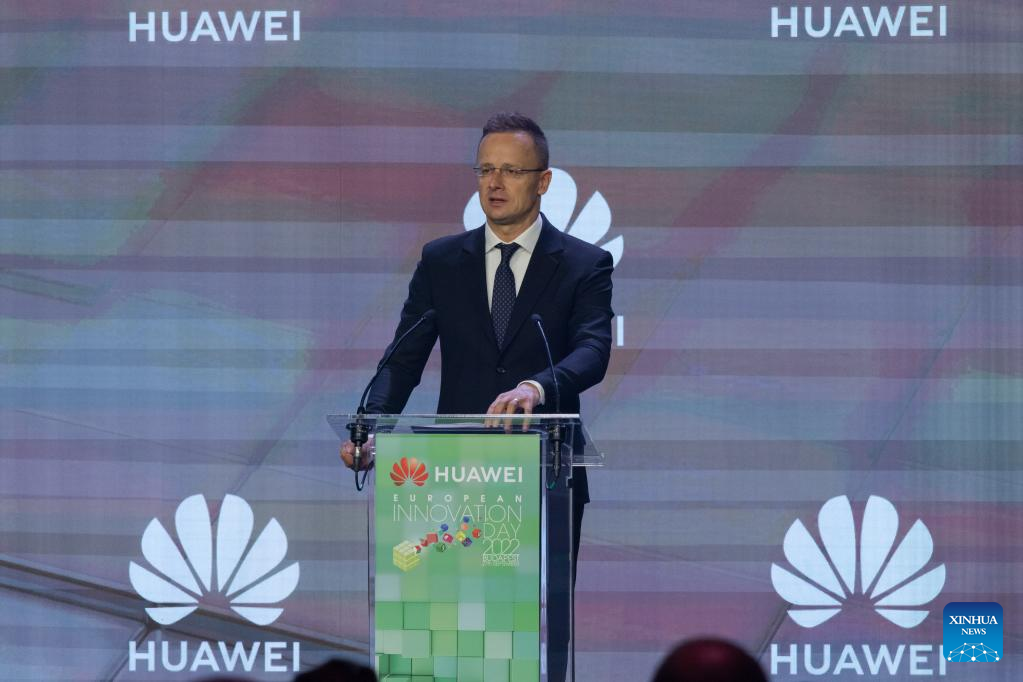