Abstract : Facing the COVID-19 impact and downward pressure of the economy, China is looking to keep employment stable. 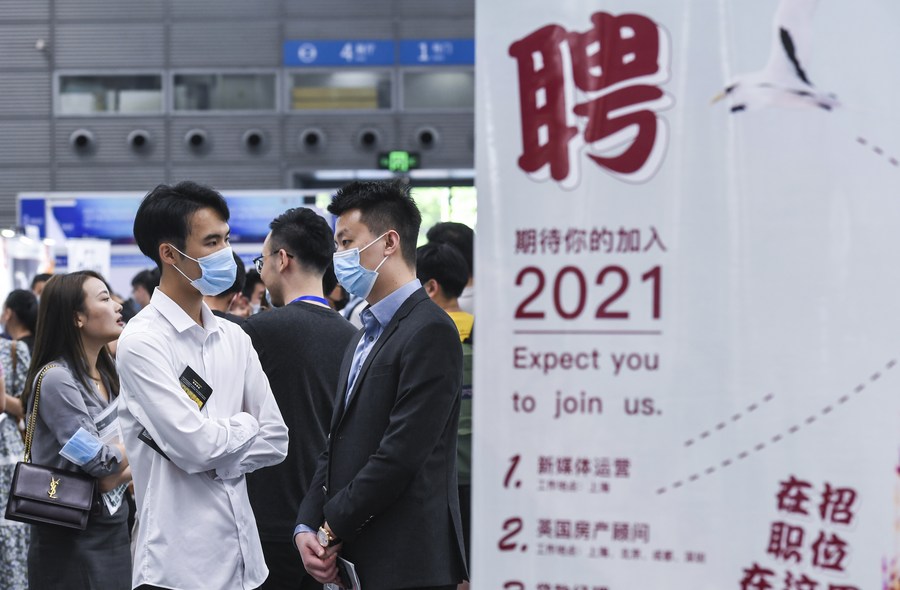 BEIJING, Dec. 19 (Xinhua) -- Facing the COVID-19 impact and downward pressure of the economy, China is looking to keep employment stable.

As measures keep rolling out to ensure people get jobs, more policies are needed to cope with the COVID-19 impact.

Employment bears the brunt of the downward pressure on the economy, said Lian Ping, chief economist at Zhixin Investment Research Institute, noting that it is crucial to give priority to employment in economic and social development as well as macro policies.

The country's job market continued to pick up in 2021 with the further recovery of China's economy and enterprises up on their feet.

During the first 11 months of this year, the country created 12.07 million new urban jobs, over-fulfilling its annual target, according to the NBS.

China should strengthen the implementation of the job-first policy in its pursuit of high-quality development and better leverage the role of economic growth in boosting employment, according to a statement released after the meeting.

"This requires fiscal, financial, investment, industrial and other policies to support employment, enhance the ability of economic development to create jobs, and benefit low- and middle-income groups," Lian said.

To ease the downward pressure on the real economy, China has recently announced a cut in the reserve requirement ratio for financial institutions, which sent a positive signal to China's labor market.

In the first nine months of this year, 67.2 billion yuan (about 10.6 billion U.S. dollars) of employment subsidies were distributed, while insurance premiums worth 15.1 billion yuan were returned to enterprises to help them sustain stable payrolls, according to the Ministry of Human Resources and Social Security.

As a key group of employment, college graduates in 2022 are expected to reach 10.76 million in China, 1.67 million more than this year.

"The unemployment rate among those aged between 16 and 24 is still relatively high, but the problem is mainly structural," said Lian, adding that there is a shortage of skilled talent, especially highly skilled talent.

Efforts will be made to boost the employment of young people, including college graduates, and optimize flexible employment and social security policies, said the annual Central Economic Work Conference.

Lian suggested that more jobs should be created with supply and services optimized, while efforts should be made in career guidance and vocational training, such as increasing jobs at the primary level communities.

China rolls out policies to shore up industrial economy

Facing the COVID-19 impact and downward pressure of the economy, China is looking to keep employment stable.