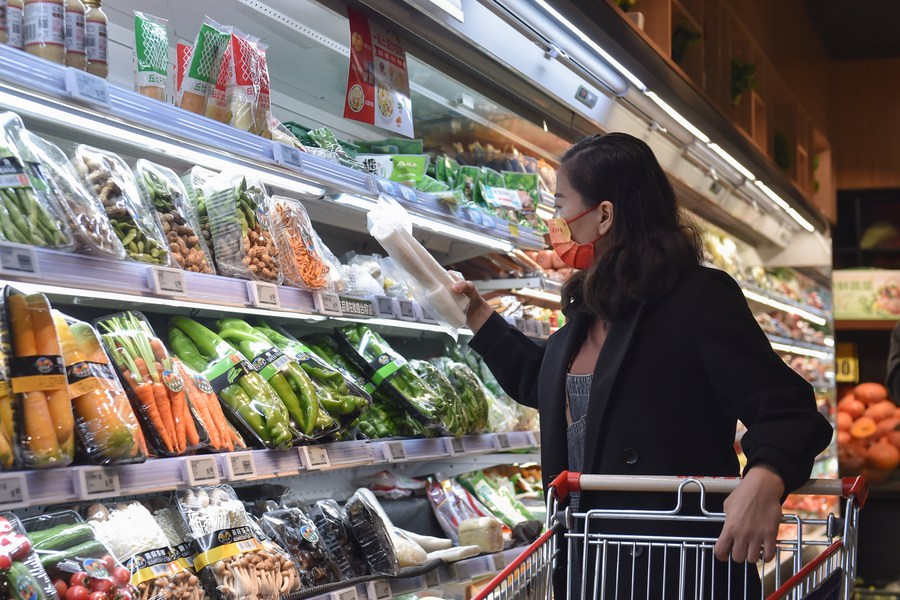 The country's retail sales of consumer goods totaled around 4.1 trillion yuan (about 644.16 billion U.S. dollars) in November, according to the NBS.

The figure increased by 9 percent from November 2019, putting the two-year average growth at 4.4 percent, said the NBS.

In the January-November period, China's total retail sales of consumer goods stood at 39.96 trillion yuan, up 13.7 percent year on year.

Consumption is making a greater contribution to the country's economic growth, said NBS spokesperson Fu Linghui at a press conference.

Among the retail sectors surveyed by the NBS, online consumption remained vibrant, with online retail sales rising 15.4 percent year on year to reach approximately 11.87 trillion yuan in the January-November period.

In the first 11 months, online sales of physical goods expanded by 13.2 percent year on year, accounting for 24.5 percent of the total retail sales during the period.

He, however, pointed out that stable employment, effective policies to ensure stable supplies and prices, as well as improving social security, will help sustain growth in consumption.

Fu said he is optimistic about future consumption, citing the great potential brought by the large middle-income group of over 400 million people as an important factor. Enditem