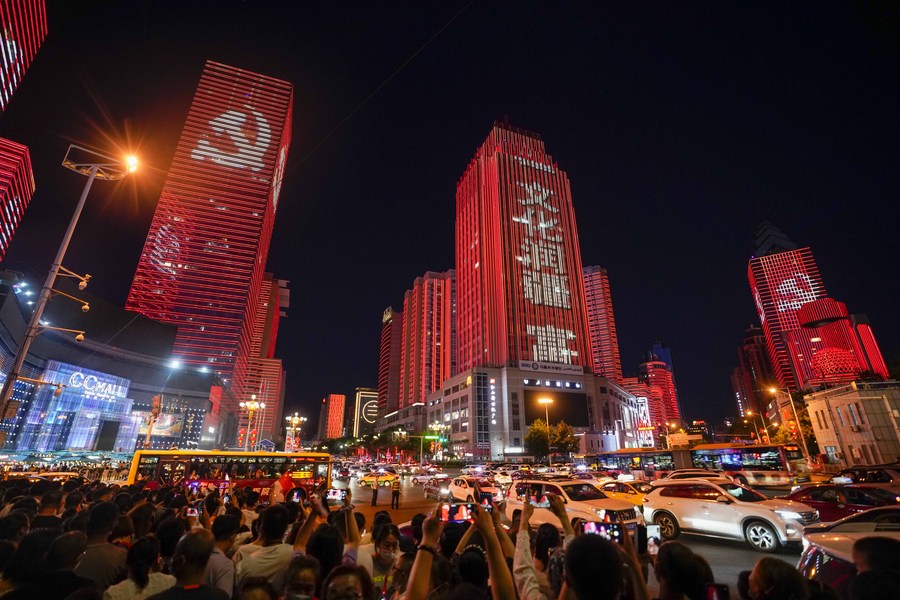 "What I've seen is indeed very different from what the general understanding of the Western society about what is happening there," said Geraci, also former undersecretary of state at the Italian Ministry of Economic Development.

At the seminar, Geraci showed photos and videos taken during his trip to Xinjiang. He said he went to factories, visited farmers and had in-depth exchanges with tourists, local religious people and residents of different ethnic groups.

"I did (in Xinjiang) what I normally do around China: get on a train by myself and travel around the region. I was completely free to go and do whatever I wanted, just like what I do in Shanghai or in any part of China," he said. "I do see a situation which is pretty much normal and similar to the rest of China."

"I have seen a lot of positive measures by the Chinese government to stimulate the economy," said the economist.

According to Geraci, with the help of technology and live-streaming online sales, the markets of traditional local products in the autonomous region, such as naan, are now reaching the rest of China.