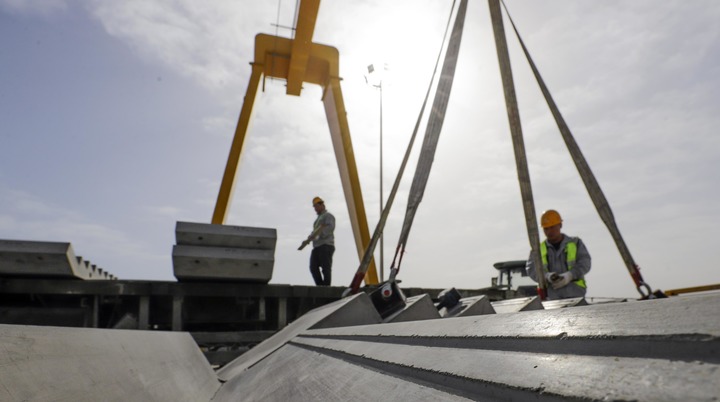 China's retail sales of consumer goods went up 33.9 percent year on year in the first quarter. The average Q1 growth for the past two years stood at 4.2 percent, the National Bureau of Statistics (NBS) said on April 16.

Analysts with the Fidelity International noted that thanks to the effective measures that the government has taken to control the epidemic and stimulate the economy, China has taken the lead in realizing economic recovery in the world, setting an example for other major economies to seek recovery.

Foreign institutions are optimistic about China's economic performance in the second quarter. Lu Ting, Chief China economist with securities firm Nomura predicted that China's gross domestic product (GDP) growth in the second quarter is expected to accelerate to 2.0 percent from the previous quarter, and the year-on-year growth rate is likely to reach 8.1 percent. Nomura raised China's annual GDP growth forecast to 8.9 percent from the previous 8.8 percent.

"Thanks to the continued improvement in China's labor market and the possible further rebound in domestic consumption, we will revise China's GDP growth for 2021 from 8.2 percent to 9 percent," said Wang Tao, chief China economist with Union Bank of Switzerland (UBS).

Foreign institutions generally believed that China's economic recovery in the second quarter and in the future will rely more on the recovery of the service industry. Data during the three-day Tomb-sweeping Day holiday that ran from April 3 to April 5 showed that the number of tourists and hotel orders in the country have witnessed a substantial growth. (Edited by Zhang Yuan with Xinhua Silk Road, zhangyuan11@xinhua.org)