Abstract : China and Papua New Guinea signed a Memorandum of Understanding (MOU) in June 2018. The country is the first among countries in the Pacific region to join the BRI.

China and Papua New Guinea signed  a Memorandum of Understanding (MOU) for cooperation on the Belt and Road Initiative (BRI) in June 2018. The country is the first among countries in the Pacific region to join the BRI. 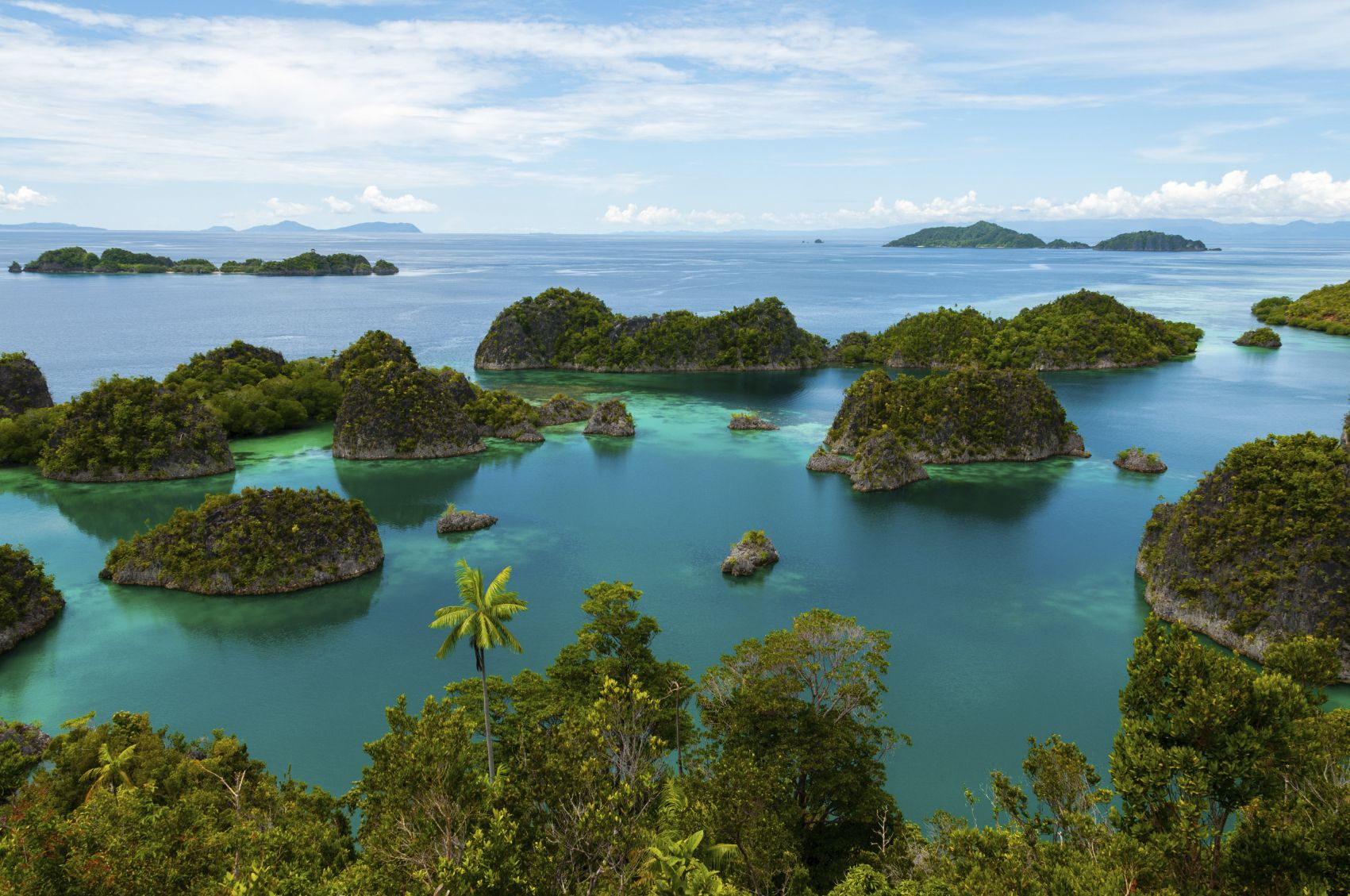 Papua New Guinea, island country in the southwestern Pacific Ocean. It encompasses the eastern half of New Guinea, the world’s second largest island (the western half is made up of the Indonesian provinces of Papua and West Papua); the Bismarck Archipelago (New Britain, New Ireland, the Admiralty Islands, and several others); Bougainville and Buka (part of the Solomon Islands chain); and small offshore islands and atolls. The national capital, Port Moresby, is located in southeastern New Guinea on the Coral Sea.

Papua New Guinea stretches from just south of the Equator to the Torres Strait, which separates New Guinea from Cape York Peninsula to the south, the northernmost extension of Australia. Mainland Papua New Guinea reaches its maximum north-south expanse of some 510 miles (820 km) along its western border with Indonesian Papua. Almost completely straight, the boundary is formed primarily by the line of longitude 141° E and curves only briefly westward to follow the Fly River for approximately 50 miles (80 km), starting just southwest of Kiunga.

Papua New Guinea’s social composition is extremely complex, although most people are classified as Melanesian. Very small minorities of Micronesian and Polynesian societies can be found on some of the outlying islands and atolls, and as in the eastern and northern Pacific these people have political structures headed by chiefs, a system seldom found among the Melanesian peoples of Papua New Guinea.

The non-Melanesian portion of the population, including expatriates and immigrants, is small. At independence in 1975 the expatriate community of about 50,000 was predominantly Australian, with perhaps 10,000 people of Chinese origin whose ancestors had arrived before World War I. By the early 21st century most of those people had moved to Australia. The foreign-born community had not expanded but had become more mixed, with only some 7,000 Australians; the largest non-Western groups were from China and the Philippines. The government sponsored the immigration of Filipinos in the 1970s to provide workers in skilled professions, and many entered business and intermarried locally.

The official languages of the country all reflect its colonial history. English is the main language of government and commerce. In most everyday contexts the most widely spoken language is Tok Pisin (“Pidgin Language”; also called Melanesian Pidgin or Neo-Melanesian), a creole combining grammatical elements of indigenous languages, some German, and, increasingly, English. Hiri Motu is a simplified trading language originally used by the people who lived around what is now Port Moresby when it came under that name in 1884.

Agricultural production, most of it from subsistence farming, accounts for about one-third of the country’s gross domestic product. In the archipelagoes of the north and northeast, yams, taro, and bananas are grown as staple foods. These were formerly also the staple foods for Highlanders, who now mostly rely on sweet potatoes known as kau kau. Throughout much of the Highlands, carefully tended gardens dominate the landscape; some are arrayed in checkerboard patterns defined by drainage ditches, and others are circular mounds built on compost to warm and enrich the soil.

Almost all commercial crops are exported, although the domestic vegetable market is growing rapidly. After 1975 smallholders increasingly took over the bulk of export crop production, replacing foreign-owned plantations. High-quality Arabica coffee is grown throughout the Highlands, mostly by smallholders; Robusta coffee is grown on the north coast and cacao in the islands. In the colonial era copra was the premier crop in lowland areas, but now only small amounts are produced, together with some rubber in the southern region. The production of plantation crops has suffered from declining terms of trade and was mostly stagnant from the 1980s. The major exception has been the cultivation of oil palm in West New Britain (on previously little-used volcanic soils) and on the eastern mainland, boosted by foreign investment.

From 1970 onward, major mineral discoveries transformed the economy of Papua New Guinea from one dependent on tropical crops to one based on minerals for most of its exports. Large deposits of gold or of gold and copper led to major developments at Panguna on Bougainville, at Ok Tedi in the Star Mountains in the western mainland area, on Misima Island in Milne Bay, at Porgera in Enga province, and on Lihir Island, northeast of New Ireland. Misima was mined out and shut down in 2005, and production was predicted to be reaching its end at the giant Porgera and Ok Tedi mines in the first decades of the 21st century.

After 70 years of exploration, major natural gas and crude oil finds were made in the late 1980s; oil and gas production began near Lake Kutubu and Tari in 1992. A large-scale liquefied natural gas project was begun in the southwestern slopes of the main range in 2009. Hydroelectric power supplies Port Moresby, the Highlands region, Lae, and Madang, on the north coast.

The kina, introduced several months before Papua New Guinea gained independence, is the country’s currency. The central bank is the Bank of Papua New Guinea. The value of the kina increased greatly following independence, but the secession crisis in Bougainville in 1989 and poor fiscal control resulted in major devaluation through the 1990s. Over the next decade, responsible financial management was restored and the central bank strengthened. Papua New Guinea has had a small stock exchange since the late 1990s, but many of the companies traded—chiefly mining, oil, and financial concerns—are foreign-based.

Papua New Guinea generally has a positive balance of trade, and foreign reserves have grown since 2005. The principal destinations for exports, principally gold and copper, are Australia, Japan, and China. Australia consistently supplied nearly half of the country’s imports in the decades following independence, although that proportion decreased to about one-third in the early 21st century. Gold exports generally brought trade with Australia into surplus. Major imports include machinery and transport equipment, refined petroleum, and foodstuffs.

Despite the penetration of the contemporary economy and media and the effects thereof on traditional cultural life, Papua New Guinea retains a rich variety of village cultures. These are expressed in the ways the country’s landscapes have been shaped over generations and in its people’s wood carving, storytelling, song, dance, and body decoration.

A. Testoni to grow in China and to open in Hong Kong and Hangzhou

China and Papua New Guinea signed a Memorandum of Understanding (MOU) in June 2018. The country is the first among countries in the Pacific region to join the BRI.