Abstract : In many ASEAN countries in the past months, the digital economy became a strong growth engine during the pandemic and the trend is expected to continue in post-pandemic recovery.

-- Taking advantage of Chinese e-commerce platforms, Thailand exported 567 million U.S. dollars worth of durians to China from January to April this year despite the COVID-19, up 78 percent.

-- Durian sales on e-commerce platforms are one of the successful stories under the booming digital economy cooperation between China and the Association of Southeast Asian Nations (ASEAN).

-- In many ASEAN countries in the past months, the digital economy became a strong growth engine during the pandemic and the trend is expected to continue in post-pandemic recovery.

HONG KONG, July 21 (Xinhua) -- Sixty-two-year-old Papai Mongkonkeaw, a durian farm owner in Thailand's Rayong province, had been worrying about his business since COVID-19 broke out early this year, but to his surprise, sales turned out to be even better than usual.

He attributed the unexpected boom in business to the high demand from China, as Chinese e-commerce giants Alibaba and JD.com, among the biggest overseas buyers for Thai durians, made large purchases during the pandemic period.

According to data from Thailand's Office of Agricultural Economics, the country exported 567 million U.S. dollars worth of durians to China from January to April this year amid the COVID-19 outbreak, up 78 percent from the same period of last year.

The joy of Papai was shared by Lu Yee Thing, a durian farm owner in Malaysia's central Pahang state, who told Xinhua that exports to China have increased during the pandemic period.

"Many Chinese consumers ordered our durians directly online," he said, adding "I'm very confident in future business, and I will expand planting areas to meet the demand of the Chinese market."

The durian sales on e-commerce platforms are among many success stories under the booming digital economy cooperation between China and the Association of Southeast Asian Nations (ASEAN).

This year was designated as the China-ASEAN Year of Digital Economy Cooperation, and the COVID-19 pandemic has further highlighted the importance of digital economy in economic and social recovery, job creation and improving people's well-being.

China and ASEAN will expand cooperation in 5G, the internet of things, artificial intelligence, industrial internet, as well as digital epidemic prevention, said Chinese Minister of Industry and Information Technology Miao Wei at the virtual opening ceremony of the cooperation year on June 12.

The added value of China's digital economy registered 35.8 trillion yuan (about 5.13 trillion U.S. dollars) in 2019, accounting for 36.2 percent of the country's GDP, up by 1.4 percent from the previous year, and China's digital economy grew by 15.6 percent last year, according to China Academy of Information and Communications Technology (CAICT).

Medical supplies donated by the Jack Ma Foundation and the Alibaba Foundation are pictured at a warehouse of the Kuala Lumpur International Airport in Sepang, Selangor, Malaysia, March 26, 2020. (Photo by Chong Voon Chung/Xinhua)

For ASEAN, the digital economy is expected to increase from 1.3 percent of GDP in 2015 to 8.5 percent by 2025, according to ASEAN Secretary-General Lim Jock Hoi.

The cloudlink system, featuring the latest 5G technology, was donated by Chinese tech giant Huawei to the Cambodian government to help improve the country's efficiency in response to the epidemic.

"Although the Chinese medical team had gone back to China, they are still standing with us to fight the coronavirus epidemic via the video conference system," said Ngy Meng, director of Cambodia's Khmer-Soviet Friendship Hospital.

Thanks to the system, Cambodian health ministry is now connected to dozens of hospitals and health centers across the country, realizing real-time video conferencing, information sharing and deployment of relevant tasks, and improving the efficiency in the fight against the epidemic, said Cambodian Health Minister Mam Bunheng.

The role of digital technology has never been more critical in the fight against COVID-19 and the anti-pandemic "new normal."

In March, the Jack Ma Foundation and the Alibaba Foundation made a donation of 560,000 essential medical items to Malaysia, including face masks, test kits and protective suits.

Utilizing the cross-border logistic capabilities of the electronic World Trade Platform (eWTP) hub in Malaysia, the medical supplies were able to be delivered promptly despite the challenge in the movement of goods worldwide due to the pandemic. In the same month, the hub also transhipped a batch of medical supplies donated by the foundations to Indonesia.

The Kuala Lumpur hub of the eWTP, an initiative first proposed by Alibaba Group founder Jack Ma in 2016, is now one of three international transhipment hubs for the distribution of COVID-19 relief aid, with the other two located in Belgium and Ethiopia.

"The COVID-19 pandemic has massively disrupted trade activities throughout the world, including the flow of relief aid and essential supplies," said Malaysian Prime Minister Muhyiddin Yassin, adding he "welcomed Alibaba's initiative to expand its relief aid logistics operation here to benefit the region."

Logistics has been a major challenge in the development of the digital economy in ASEAN countries, said Fung Vun Ket, deputy secretary-general of China-ASEAN Business Association.

"The COVID-19 pandemic has forced many ASEAN countries to impose lockdown during the past several months, and the restriction of people's movement facilitated the development of digital economy," he told Xinhua. 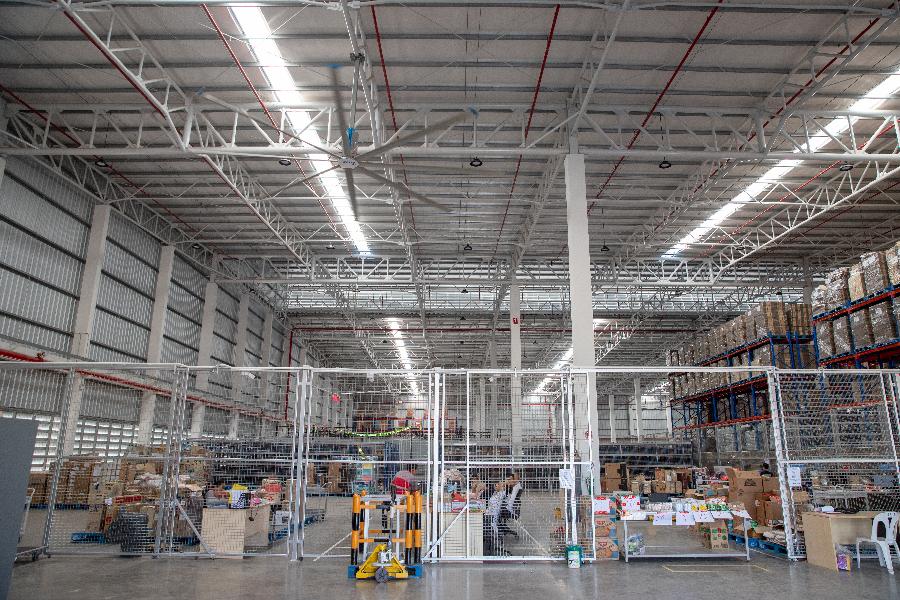 Sawaros Tribo, a senior at Thailand's Chulalongkorn University, was surprised that the items from JD CENTRAL were delivered to her on the same day when she placed the order.

With shopping malls and many other venues shut down in Bangkok due to the pandemic, Sawaros had been relying on JD CENTRAL, a joint venture between Thailand's retail conglomerate Central Group and China's JD.com, to buy daily supplies because the platform guaranteed speedy delivery for customers.

The e-commerce sector was given a major boost amid lockdowns or movement restrictions in many ASEAN countries in the past months, as the digital economy became a strong growth engine during the pandemic and the trend is expected to continue in post-pandemic recovery.

With its notable advantage in digital technology and infrastructure, China is working actively with countries in the region to accelerate digital transformation.

TM said in a statement that it would allow the company, public sector as well as small and medium-sized enterprises to enjoy the cloud services.

Also in July, Alibaba Cloud, the cloud computing arm of Alibaba, announced its decision to build its third data center in Indonesia, after building the first and the second in the country in 2018 and 2019 respectively.

The new data center is expected to enrich Alibaba Cloud's local offerings of cloud products and services, including database, security, network, machine learning and data analytics, as the Indonesian government is prioritizing digital infrastructure development amid the pandemic "new normal."

Alibaba Cloud, one of the largest cloud service providers in regional markets including Malaysia and Indonesia, is also planning to form a cloud ecosystem alliance in the Philippines.

"Since the road to recovery is uncertain, ASEAN and China should intensify information exchange on expertise, best practices, and innovative technologies to effectively address pandemic crisis issues while keeping the economy alive and markets functioning," said Lim. Enditem

China, great opportunities in the textile-fashion and pharmaceutical sectors

In many ASEAN countries in the past months, the digital economy became a strong growth engine during the pandemic and the trend is expected to continue in post-pandemic recovery.