Abstract : ​ Ireland is willing to deepen exchanges and cooperation with China in all fields under the framework of the Belt and Road (B&R) Initiative.

Ireland is willing to deepen exchanges and cooperation with China in all fields under the framework of the Belt and Road (B&R) Initiative. 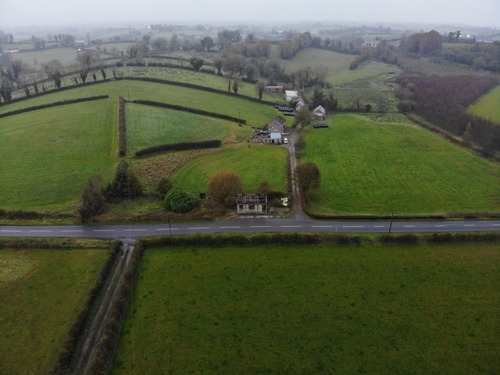 The geographical island of Ireland consists of the sovereign independent state of Ireland comprising 26 counties, and the six counties of Northern Ireland to the north-east of the island, which are governed by a power-sharing Executive and Assembly as established under the Good Friday Agreement.

Ireland is a parliamentary democracy. Its law is based on Common Law and legislation enacted by the Oireachtas (Irish Parliament) under the Constitution. In addition, regulations and directives enacted by the European Union have the force of law in Ireland. The Constitution of Ireland sets out the form of government and defines the powers and functions of the President, both Houses of the Oireachtas and the Government. It also defines the structures and the powers of the Courts and outlines the fundamental rights of citizens.

The President is the Head of State, and is elected by direct vote. Fifteen Ministers, each of whom heads one or more Government Departments, collectively form the Government. Executive power is exercised by or on the authority of the Government, which is responsible to the Dáil (House of Representatives). The Head of the Government is the Taoiseach (Prime Minister) while the Tánaiste is the Deputy Prime Minister. There are two Houses of Parliament, known as Dáil Éireann (House of Representatives) and Seanad Éireann (Senate). The Dáil has 166 members known as Teachtaí Dála (TD). They are elected on a system of proportional representation by universal suffrage. The Seanad has 60 members, eleven of whom are nominated by the Taoiseach while the rest are elected from a number of vocational panels and by graduates of universities. The Seanad may initiate or revise legislation (except Finance Bills), but the Dáil has the power to reject any such amendments or proposed legislation.

Ireland's traditional music and dance, as well as the Irish language, Irish literature and unique national Gaelic games, are a central part of Irish life, practised and enjoyed by people of all ages.

Over the generations, as Irish people have travelled and lived around the world, they brought their culture with them and Irish culture, particularly music and dance, has influenced and been influenced by other cultures of the world.

Cultural exchange is at the heart of Ireland's relationship with China, promoting mutual understanding and people-to-people exchanges.

Irish dance is hugely popular in China, with classes and performances seen across the country in recent years. Irish literature is also strongly appreciated, including the work of the four Nobel Laureates for Literature who were born in Ireland.

Irish sports - the Gaelic games of football and hurling - are also played around the world, and there are Gaelic (GAA) clubs in a number of Chinese cities, including Shanghai and Suzhou, which attract players from China, Ireland and many other countries.

After opening in China, Amplifon acquired a new company in Australia

​ Ireland is willing to deepen exchanges and cooperation with China in all fields under the framework of the Belt and Road (B&R) Initiative.