Abstract : ​In downtown Jing’an District, you could be almost anywhere in the world -- the US, Paris, Italy or Britain. 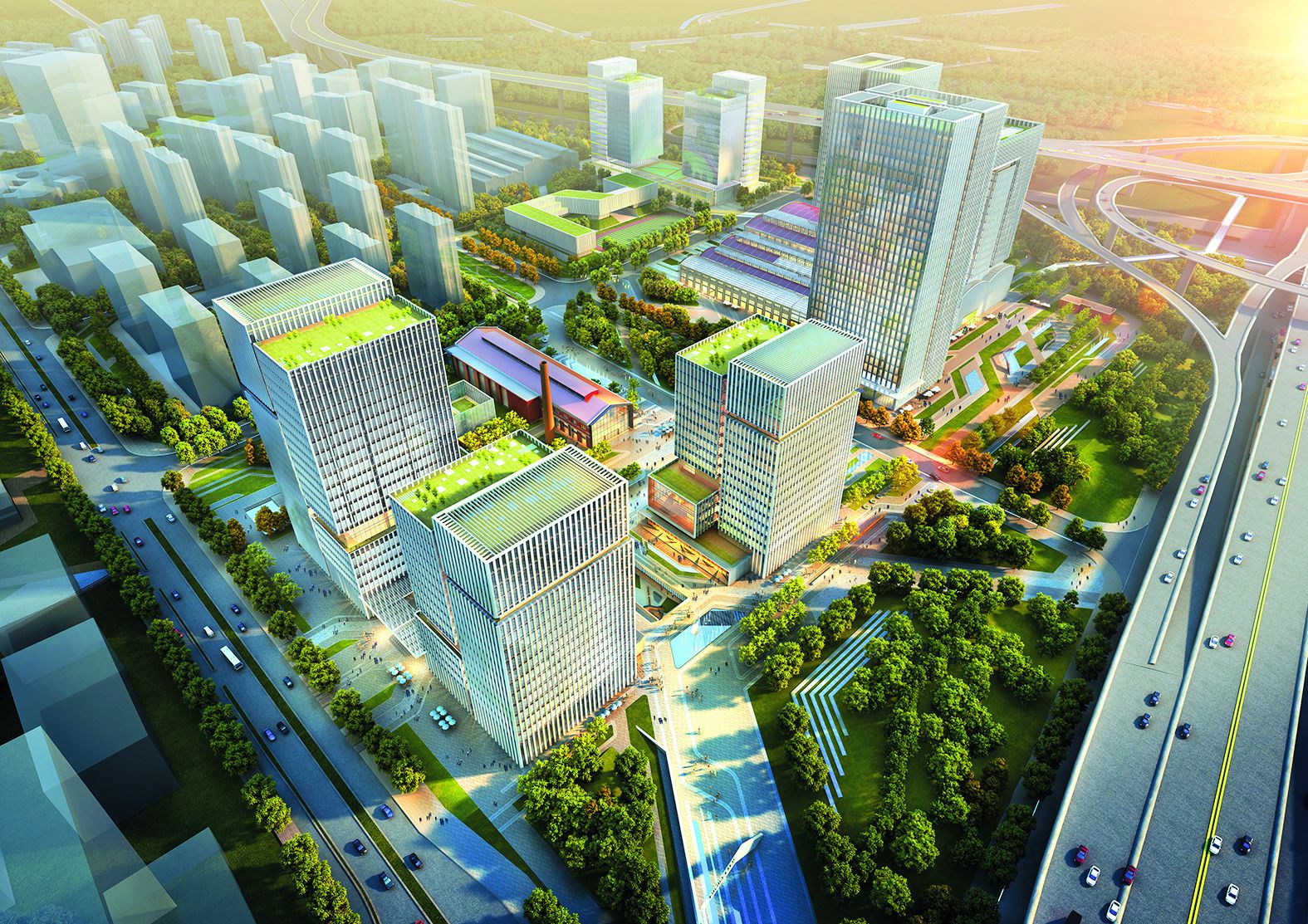 Photo: Artist’s rendition of Shibei International Science and Technology Community, which will accentuate innovation and lifestyle

In downtown Jing’an District, you could be almost anywhere in the world -- the US, Paris, Italy or Britain.

You could start your day with a cup of coffee at Starbucks’ Reserve Roastery, then choose perfume in the Guerlain store. After a visit to the historical Rong Villa run by fashion house Prada as an exhibition venue, you attend the UK immersive theater production of “Sleep No More” and cap it all off with a candlelit dinner at Joel Robuchon's restaurant.

Shanghai, with Jing’an at its heart, is a melting pot of international brands – the favored gateway into China. But what next?

Italian fashion house Salvatore Ferragamo is expected to set up a fashion museum in Jing’an. French skin care company Clarins will site its first international research lab in the district sometime next year and has plans to locate its China headquarters here.

“The Chinese market is very important to us," said Alan Zhong, executive vice president of the China arm of Clarins. “The lab will be our first outside Paris. Our team visited many cities, such as Beijing, Guangzhou and Shenzhen, but we finally chose Shanghai and Jing’an because of the good business ambience."

The Chinese lab will specialize in skincare specifically formulated for Asian customers.

Long Fang, director of the district’s investment promotions office, said Jing’an sent a delegation to Milan in September for celebrations marking the 40th anniversary of “sister cities.” The delegation spoke to nearly 150 Italian companies while there.

Six multinational companies have opened regional headquarters in Jing’an this year, accounting for almost a fifth of the city’s total.

Late September, the district signed contracts with 10 companies in finance, eSports and new energy, with total investment in the tens of billions of yuan.

Meanwhile, construction of the Shibei International Science and Technology Community has begun.

The 91-hectare site is near the elevated Middle Ring Road at the former site of the Pengpu Machinery Factory. Four of the historical buildings on the site will be preserved and turned into galleries, an exhibition center and a community service center.

The site is designed to attract industries related to big data and artificial intelligence. Rather than offering standard office space, it will become a creative community of residences, schools, hotels and commercial complexes. It will include parks, squares and walking paths, where innovators can exchange ideas in green outdoor settings. There will also be co-working spaces and room for start-up incubators.

Shibei plays a vital role in Shanghai’s goal to become a digital international trade hub. It is home to the city’s big data exchange and the country’s big data comprehensive experiment zone.

​In downtown Jing’an District, you could be almost anywhere in the world -- the US, Paris, Italy or Britain.