Abstract : As the June 18 shopping festival has come to an end, Chinese consumers have set off a mid-year consumption boom. 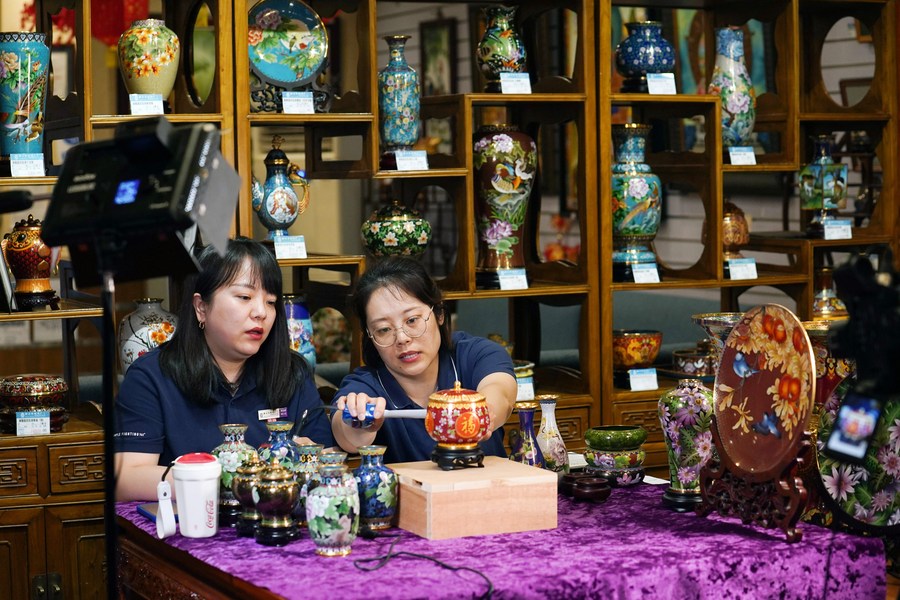 BEIJING, June 21 (Xinhua) -- As the June 18 shopping festival has come to an end, Chinese consumers have set off a mid-year consumption boom.

During the festival, the total amount of orders placed on JD.com, China's e-commerce behemoth, hit a record high of 379.3 billion yuan (about 56.7 billion U.S. dollars).

The total hours of livestreaming on the e-commerce platform Douyin, the Chinese version of TikTok, reached 40.45 million hours, which helped the sales of its online shopping mall surge 514 percent year on year.

"In the first week of the spree, the orders of our online store on the e-commerce platform of Pinduoduo roughly increased by three times compared with the same period in April and May," said Zhang Man, a staff member of Chinese sportswear producer Xtep.

According to Pinduoduo, the platform's consumption of a variety of products including makeup, home appliances, clothing, and agricultural products has seen a significant rebound since the launch of the event.

Targeting some small and medium-sized enterprises facing the pressure of rising costs, multiple e-commerce platforms launched a slew of supportive policies during the shopping spree.

JD.com provided the enterprises with a variety of financial services, including deferred repayment as well as reduction or exemption of interests and fees.

Douyin invested 2.5 billion yuan worth of subsidies to support those businesses affected by the COVID-19 epidemic. Pinduoduo bailed out some enterprises through logistics subsidies and other measures.

Those platforms also benefited consumers during the event. JD.com issued nearly 1 billion yuan worth of coupons in Beijing, Shenzhen, Chengdu, Changsha and other cities.

In addition to the e-commerce platforms, local authorities across the country have also adopted similar policies to further promote consumption.

From May to August, the southern metropolis of Shenzhen will offer the consumers who buy eligible household appliances subsidies worth 15 percent of the sales price. Each consumer can receive a subsidy of up to 2,000 yuan in total.

The provinces with abundant tourism resources, including Sichuan, Hainan and Fujian, have been taking measures such as the issue of subsidies and coupons to boost consumption.

"I found shopping during the festival was indeed a good deal," said a Beijing resident surnamed Hu. "I am used to online shopping now. And there is still a strong need and desire for consumption although the epidemic has had a certain impact."

"Thus the events promoted the growth of consumption while upgrading its quality," Ren added.

As the June 18 shopping festival has come to an end, Chinese consumers have set off a mid-year consumption boom.