Abstract : The multibillion-U.S. dollar China-Pakistan Economic Corridor (CPEC), a mega project that can help Pakistan overcome its socio-economic challenges, has helped sow the seeds of love among young Pakistanis. 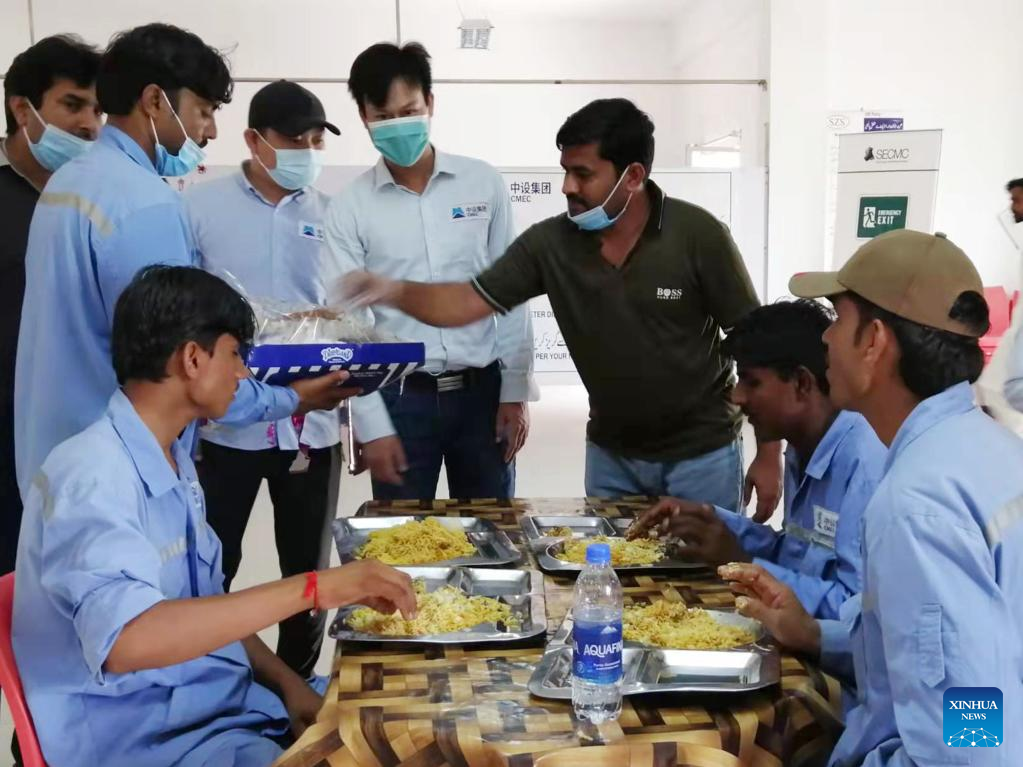 ISLAMABAD, May 4 (Xinhua) -- The multibillion-U.S. dollar China-Pakistan Economic Corridor (CPEC), a mega project that can help Pakistan overcome its socio-economic challenges, has helped sow the seeds of love among young Pakistanis.

During the ongoing festival of Eid-al-Fitr, Chinese workers at various CPEC projects across the Asian country felt the delight their Pakistani colleagues did and made the day very special for them.

Syed Farukh Shah, an employee of the CPEC's Engro Thar Coal Power Project in the underdeveloped Tharparkar district of the southern Sindh province, spent the festival at the workplace due to doing his duty.

Shah was overwhelmed with emotions when his Chinese fellow workers from the China Machinery Engineering Corporation greeted him in the morning -- just like his family did during the festival at home.

"I was away from home and missing my family, but the way they greeted us and celebrated our festival was incredible. They shared sweets with us, gave us gifts, and hosted a dinner party for us."

The coal power project is one of the major power plants in Pakistan to help the country meet its electricity demands. The project has completed the second phase of mining, allowing it to generate 660 MW of power using locally available coal. In the coming years, its production capacity will be able to reach 5,000 MW.

To celebrate Eid, which marks the end of the Islamic fasting month of Ramadan, the local personnel with the 1,320 MW Sahiwal coal-fired power plant in the Sahiwal district of Pakistan's eastern Punjab province received gifts from their Chinese colleagues.

Muhammad Bilal Chaudhry, manager of human resources, told Xinhua that receiving goody bags from Chinese colleagues had made the festival more enjoyable for the local staff.

"It was a wonderful gesture ... because it demonstrates that the Chinese recognize the significance of the festival for us and extended their congratulations at the festival to make us feel unique," he said.

Ikram Ullah, a local engineer at the Lahore station of the Matiari-Lahore transmission line project, never expected that one of the most memorable Eids in his life would take place at his workplace far away from his home.

"My family resides in Quetta, which is 974 km from where I work, but it was with no doubt one of the best Eids of my life. My Chinese coworkers took excellent care of us on Eid and we shared the joy to the fullest."

The day at the Lahore station started with a special breakfast for locals, followed by meetings and greetings and a luncheon to celebrate the festival, the engineer said.

"The best part started in the afternoon when Pakistanis and Chinese played Pakistan's favorite sport cricket as part of the celebrations, and distributed Eid gifts among the players," he said.

The project of 878 km-long power transmission line has been completed by the Pak Matiari-Lahore Transmission Company (Pvt) Limited, on a Build-Own-Operate-Transfer (BOOT) basis for a term of 25 years. The project will transport power from the new generating units located in the south, including Thar coal-based projects.

The flagship project under the CPEC started commercial operation as scheduled in September 2021.

Local experts praise the CPEC project as beginning with the goal of increasing economic cooperation and strengthening Pakistan's financial situation and serving as a bond of friendship between Pakistan and China.

"Both Chinese and Pakistanis are learning about each other's culture and values as a result of the CPEC," Muhammad Abdul Mateen, a Chinese language teacher at the Confucius Institute in the National University of Modern Languages in Islamabad, told Xinhua.

Mateen said the interest shown by Pakistani students in Chinese culture and language has astounded him from time to time, and he is convinced that the CPEC has not only shown Pakistan the way to prosperity, but also helped sow the seeds of love for Chinese culture in the hearts of young Pakistanis. 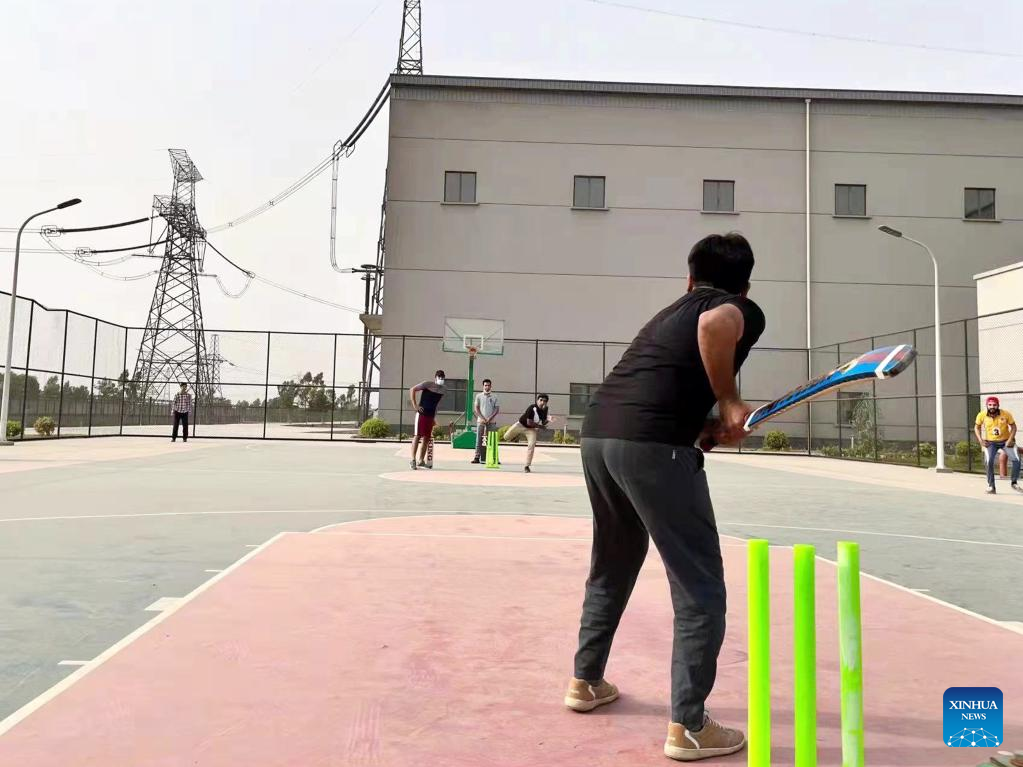 Sparkle to participate in the Digital Silk Way project with AzerTelecom

Luxury sector struggled in China and Southeast Asia in the quarter

The multibillion-U.S. dollar China-Pakistan Economic Corridor (CPEC), a mega project that can help Pakistan overcome its socio-economic challenges, has helped sow the seeds of love among young Pakistanis.