Abstract : German cruiseliner manufacturer MV Werften and another shipbuilder, Lloyd-Werft, both filed for insolvency on Monday, in what unions have called a "dark day" for German shipyards. 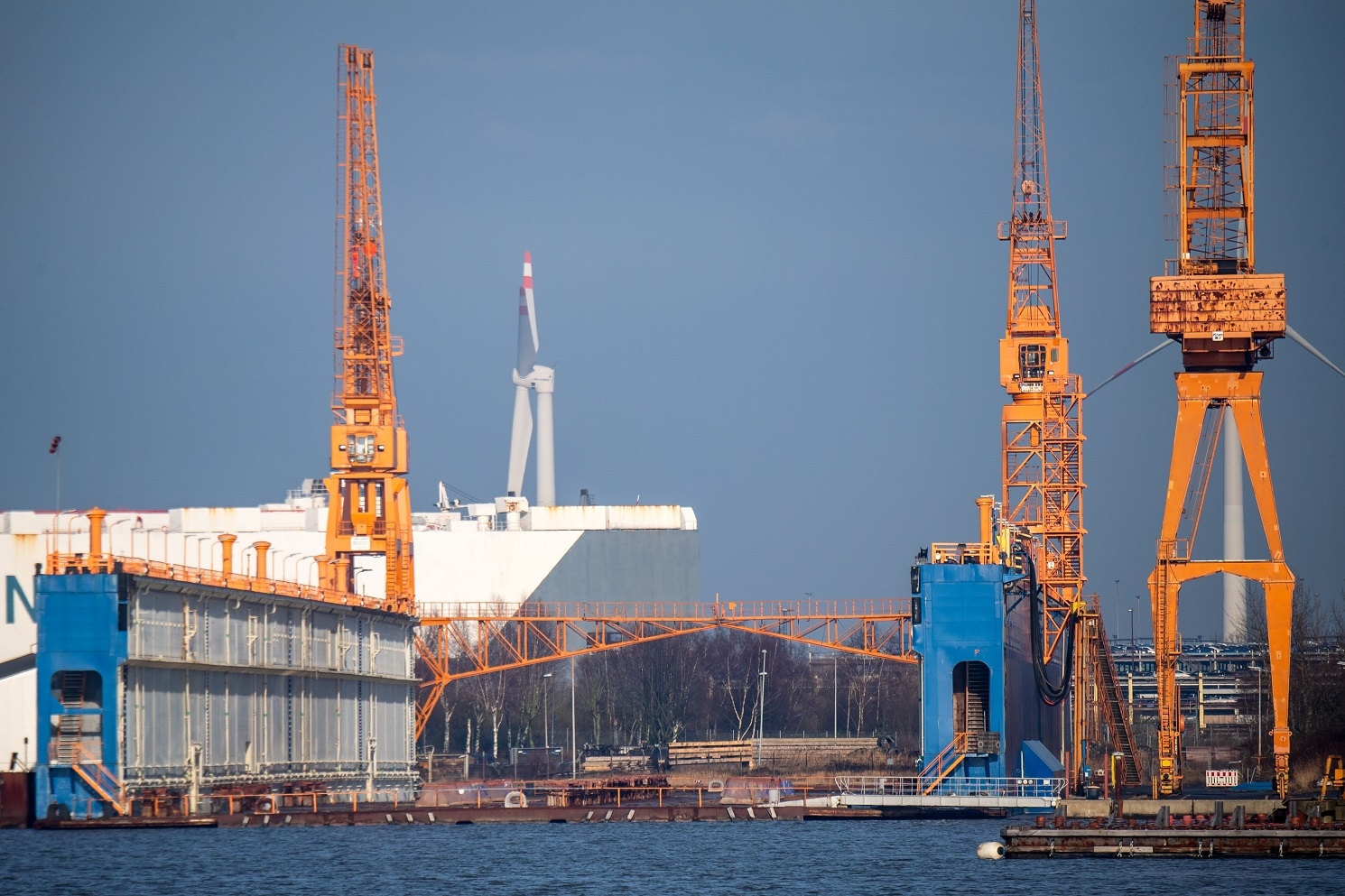 German cruiseliner manufacturer MV Werften and another shipbuilder, Lloyd-Werft, both filed for insolvency on Monday, in what unions have called a "dark day" for German shipyards.

The cruise industry has suffered a severe loss of business due to the coronavirus pandemic, and MV Werften - with some 1,900 workers - and Lloyd-Werft - with a staff of 300 - finally succumbed to the financial pressure on Monday.

Interim administrators in Hamburg have already been appointed for Lloyd-Werft, which specialises in passenger ferries and large yachts.

The news about MV Werften was confirmed by a court in Schwerin, the state capital of Mecklenburg-Vorpommern in north-east Germany, where the firm's three Baltic shipyards are located.

The news of MV Werften marks the failure of negotiations between the German federal government and the regional authorities in Mecklenburg-Vorpormmern on the one hand and owner Genting Hong Kong on the other.

Germany's Economy Minister Robert Habeck laid the blame for the insolvency on the shoulders of its parent company.

"The government pulled out all the stops to prevent the insolvency of MV Werften and save jobs. But the owners rejected our offers of help; the filing for insolvency is the result," he said.

The insolvency was "harsh news" for the employees and the region, he said. The federal and state governments would be closely engaged with helping decide the future of the shipbuilders, he said.

The German government had reportedly been ready to step in with a rescue package and further state aid, but demanded a contribution from the owner, which was apparently not forthcoming.

The president of Genting Hong Kong, Colin Au, recently said that his firm had made four offers for further financing for MV Werften to the German government, but all of them had been rejected.

Metalworkers' union IG Metall said it was a "dark day" for shipbuilding in Germany. "We are appalled that it had to come to this," said IG Metall district manager, Daniel Friedrich.

MV Werften is a long-established name in the region and says it has delivered more than 2,500 new vessels for deployment in the tourism sector, the Arctic region and the logistics and the offshore industry in the last 75 years.

It is in the middle of building a massive 1.5-billion-euro (1.7-billion-dollar) cruiser named "Global Dream," but has not been able to secure the financing to finish the project.

Genting Hong Kong acquired the shipyards in Rostock, Wismar and Stralsund in 2016 as a way to stock up its own fleet. At the time, the cruise industry was booming.

The Asian tourism group operates cruise ships under the brands Star Cruises, Dream Cruises and Crystal Cruises as well as Resorts World Manila. The company is backed by the Genting Group - a conglomerate of Malaysian casino magnate and billionaire Lim Kok Thay.

Genting Hong Kong suffered a loss of 1.72 billion dollars in 2020 alone. In the first half of last year, the losses were reduced to 231 million dollars.

Trading in Genting Hong Kong shares was suspended on the Hong Stock stock exchange on Friday "pending the release of an announcement."

German cruiseliner manufacturer MV Werften and another shipbuilder, Lloyd-Werft, both filed for insolvency on Monday, in what unions have called a "dark day" for German shipyards.