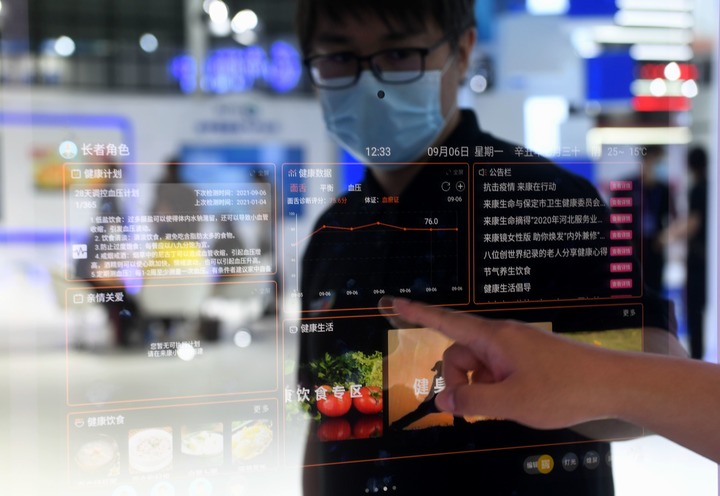 Meanwhile, China is also building up international communication and cooperation platforms for the digital economy and sparing no effort to promote international cooperation on infrastructure construction, digital transformation, e-commerce, global standardization, and international exchange of professionals.

Data shows that China's digital economy ranks the second in the world, and China has built the world's largest fiber optic network and 4G network.

In the first half of this year, the revenue of pillar industries of China's digital economy witnessed a 34.2 percent increase year on year, 3.6 percentage points higher than that in the first quarter, representing a positive growth trend of the digital economy in China.

According to statistics, in the first six months of this year, new services have become the fastest-growing services in the telecommunications industry, with a year-on-year increase of 27 percent. Among them, cloud computing and big data have caught much attention as their year-on-year growth rates reached 96.7 percent and 31.3 percent respectively, making them real "front-runners".

Meanwhile, a series of supporting policies for the digital economy have been actively introduced in China. According to a three-year action plan for the new data center development recently released by the Ministry of Industry and Information Technology (MIIT), by the end of 2021, the national average utilization rate of data centers will be increased to more than 55 percent.

The digital economy has become a major development objective and new growth engine in many regions in China.

North China's Tianjin Municipality proposed a "digital Tianjin" plan, raising the added value of its digital economy to over 55 percent of its regional GDP by 2023.

In November this year, China filed a formal application to join the Digital Economy Partnership Agreement (DEPA), which will help China enhance the competitiveness and influence in digital economy.

"China enjoys the leading position in digital economic development in the world. The contribution of digital economy to GDP has surpassed other major industries," said Liu Ying, a researcher of Chongyang Institute for Financial Studies of Renmin University of China, adding that as the largest trader in goods, the second largest trading nation in services and the second biggest economy in the world, China's joining will significantly improve the global influence and attraction of the DEPA.

Experts and business representatives hold that the deepening cooperation in digital economy between China and Africa will facilitate the fast progress of Africa's Internet economy.

To meet the booming demand for China-ASEAN digital economic cooperation, the two sides are speeding up the construction of the China-ASEAN Digital Trade Center in south China's Nanning. It is learned that the center will attract a total investment of nearly 25 billion yuan, and is expected to be home to at least 20,000 enterprises.

"ASEAN is a magnet for digital economic development," said Deng Xijun,Chinese ambassador to ASEAN, adding that the total market size of digital economy in China and ASEAN will reach 9.58 trillion U.S. dollars, which will provide a broad space for both sides to expand cooperation.