Abstract : During a fashion livestreaming event, two young Brazilian women presented new collections, replying to rapid-fire comments and questions from some 36,000 consumers scrolling across the screen. 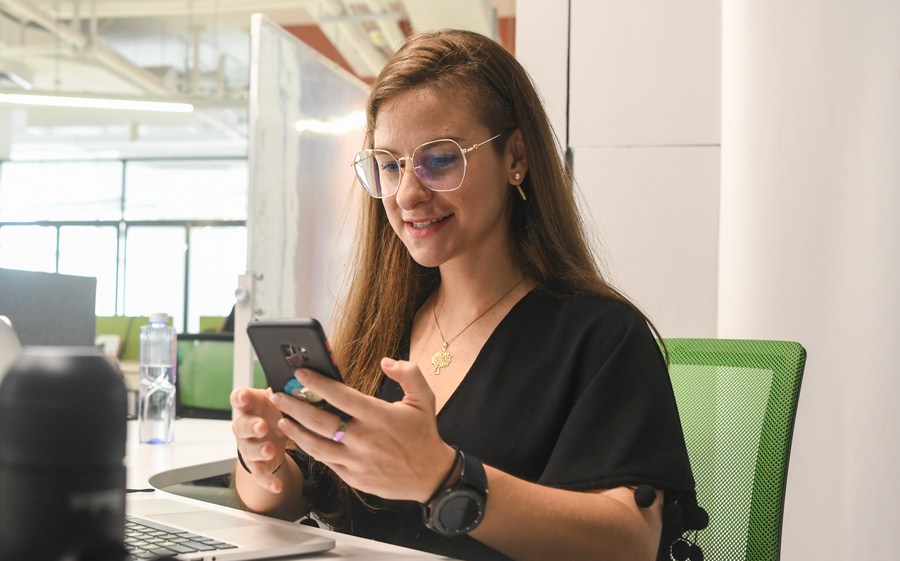 Similar scenes are a near-daily occurrence during China's ongoing Double Eleven online shopping festival. On the other side of the planet, Brazil is experiencing the emerging popularity of livestreaming e-commerce.

The introduction of the new business model to Brazil has been partly attributed to the efforts of local businesswoman Camila Ghattas and her team.

Ghattas is the founder and CEO of a tech company established in Haikou, the capital of south China's island province of Hainan. Her company is dedicated to studying successful Chinese digital strategies, among which livestreaming e-commerce clearly stands out, and providing consulting services for Latin American enterprises.

"Livestreaming e-commerce is a very innovative idea which I would like to bring to Latin America," Ghattas said.

She still remembers the first livestreaming show she watched in early 2019, when she had just registered her account on Taobao, China's leading e-emporium.

The show was hosted by a Chinese farmer who made a lunch from his homegrown fruits and vegetables while broadcasting the entire process.

"I didn't know why the show caught my attention but I just couldn't stop watching it." Even more surprising to the Brazilian entrepreneur was that comments could be seen and read by the host in real-time during the livestreaming.

After the farmer replied positively to a question she had asked, Ghattas ordered a box of his lemons, from which she could make caipirinhas, specialty cocktails in Brazil.

Without leaving the livestreaming studio, she clicked the purchase button and the shipment arrived at her house in just two days. "It was even cheaper than what ordinary Taobao shops could offer!"

With the intuition and sensitivity of a specialist in modern commerce, she realized the greatest advantage of the novel business model -- the fluidity of the shopping experience.

"Livestreaming e-commerce is an integration of sales, interactivity and entertainment. Why don't I try to introduce it to Latin America?"

Ghattas then went to the eastern Chinese cities of Hangzhou and Yiwu, both hubs of the country's burgeoning e-commerce sector that have gathered a large number of professional livestreamers.

The visits left a deep impression on her as online platforms such as Taobao, Kuaishou and Douyin have their own well-equipped buildings for livestreamers, who don't have to worry about their vocational training, camera settings or lighting, she said.

According to a report released by market research firm iResearch, approximately 1.23 million people were engaged in China's livestreaming e-commerce in 2020, up 348.8 percent from the year prior.

To help more Brazilian entrepreneurs understand the nascent commerce model, Ghattas recorded everything she saw during her field trips and made demonstrations via online classes.

Her efforts paid off. New impetus has been injected into Brazil's e-commerce sector, with about 15 percent of online shopping application users placing orders, compared to a previous 4 percent, according to Ghattas.

Ghattas and her team are also helping 23 local companies train their own e-commerce hosts via the Brazilian Micro and Small Business Support Service. On Nov. 11, training attendees from four companies participating in their program are expected to carry out their first professional livestreaming activities in Brazil's Parana.

Many companies in Argentina, Chile and Mexico are also engaging the help of Ghattas and her team to develop the interactive business model locally.

"The present of China is the future of Latin America," Ghattas said. Enditem

During a fashion livestreaming event, two young Brazilian women presented new collections, replying to rapid-fire comments and questions from some 36,000 consumers scrolling across the screen.