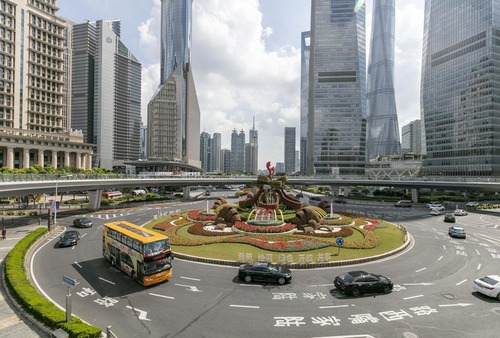 Under the agreement, the two sides will put efforts in the fields of government affairs, urban promotion, industrial cooperation, convergence media, and talent training.

Kuaishou has a solid user base in Shanghai, ranging from government departments to citizens, according to Yu Haibo, Senior vice president of Kuaishou Technology, adding that based on the cooperation with Shanghai, Kuaishou will help more Chinese cities to develop new infrastructure and inject new impetus to the economic development.

According to the agreement, efforts will also be made to deepen industrial cooperation, including online and offline activities focusing on intelligent automobile manufacturing, e-sports games and traditional consumption.

Kuaishou reveals that it will offer supportive measures in terms of internet traffic, content, operation and other aspects for Shanghai's local enterprises that settled in the platform, to provide a convenient online marketing environment for the enterprises.

Specifically, Kuaishou pledges to provide one-to-one guidance for enterprises in the process of platform entry, video promotion, and transaction.

Kuaishou will bear about 90 percent of the production cost as a subsidy for enterprises that planning to launch paid videos and it can also bridge commercial cooperation between enterprises and internet influencers.

It is noted that the official short video account representing Shanghai's government affairs was officially launched at the signing ceremony, aiming to display Shanghai's urban image in various aspects through Kuaishou platform.