-- It will be "the main income generator for the future of Sri Lanka," Prime Minister Mahinda Rajapaksa said.

-- Dimantha Mathew, head of research at Colombo-based investment bank First Capital Holdings PLC, said the project is important for Sri Lanka which is trying to establish itself as a regional financial hub.

Six years have passed, and now the largest foreign direct investment (FDI) project in Sri Lanka's history is emerging as a city of the future set to reshape local and regional economy.

On Sept. 17, Rajapaksa, now Sri Lanka's prime minister, joined the celebration of the sixth anniversary of the project's groundbreaking ceremony, where he called Colombo Port City "a landmark project."

It will be "the main income generator for the future of Sri Lanka" to create 83,000 direct jobs and many more indirect job opportunities for Sri Lankans, he said.

Expressing special thanks to China for the investment, he said, "We used to hear many times that Sri Lanka had been losing its soil to sea erosion. However, by this project, Sri Lanka's land area got expanded, and for the first time in history, newly reclaimed Port City land is now part of Sri Lanka." 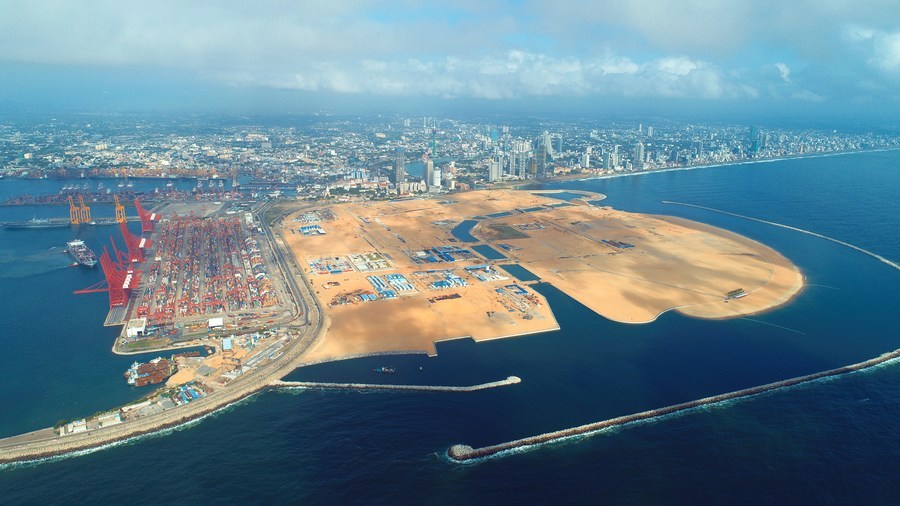 As a flagship joint project between Sri Lanka and China within the framework of the Belt and Road Initiative, Colombo Port City has powered through a turbulent six-year period, overcoming numerous challenges, including the Easter bombings in April 2019 hitting three luxury hotels near the project and affecting the country's tourism, as well as the COVID-19 pandemic impacting the country less than a year later.

Since then, buildings of roads, bridges, pipe networks and green parks in the city have been implemented step by step, said Li Zenghui, engineering manager at CHEC.

"It is expected that all the municipal engineering in construction will be completed in 2021," Li said.

An artificial beach has already been completed and may open to the public soon, saplings have been planted to test the soil for a planned park, and yacht piers in the marina section of the project have already begun to operate, Li added.

Amid the COVID-19 pandemic, Yue's company has introduced stringent health protocols to guarantee the smooth construction of the project.

"Because this land is close to the core area of the Colombo CBD, we are very confident that we can create a new CBD area for Sri Lanka," Yue said.

"We hope to develop and construct this project together with investors from all over the world, so that the Port City will contribute immensely to the future of Sri Lanka," he added.

"The investments that Port City could attract will have an impact on our overall bottom line. The fact that the project will generate economic activities will directly benefit our growth scenario and employment," Cabraal said.

"The outside world will look at Sri Lanka with a lot more interest when we have projects of this nature," he said, adding that the Colombo Stock Exchange (CSE) will also gain impetus when large foreign entities relocate to the city and channel investments through the capital market.

Dimantha Mathew, head of research at Colombo-based investment bank First Capital Holdings PLC, said the project is important for Sri Lanka which is trying to establish itself as a regional financial hub.

"We expect that major investment banks and finance services will set up at the Port City first, which will attract other business entities and facilitate new deals and investments. There could be a major benefit towards the CSE," Mathew said.

"If we can make the Port City successful and attract the required foreign investments, that will invariably have a major positive impact on our foreign reserves and balance of payments," Mathew said. 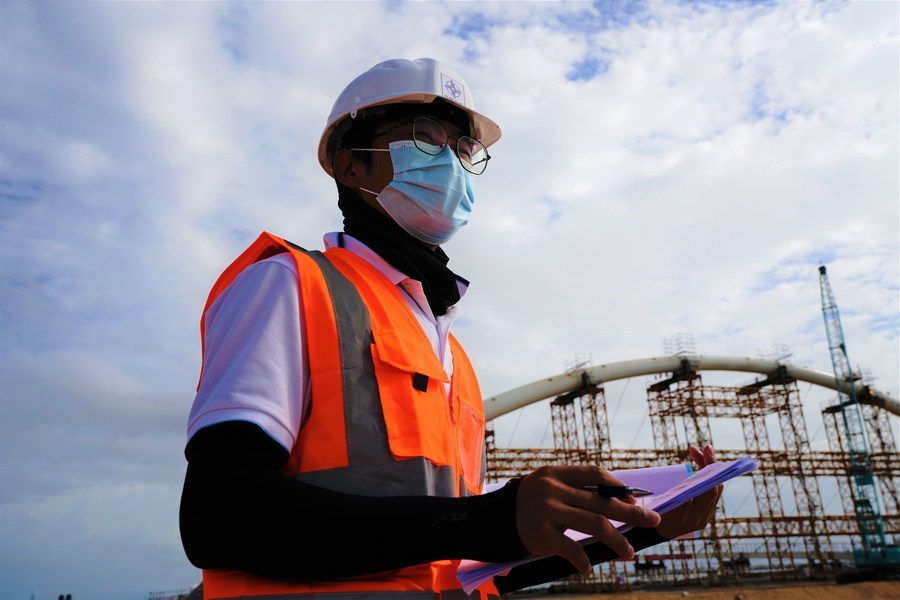 "We believe that the Port City will be in a good position to compete with some of the advanced markets and economies in the world due to the fact that Sri Lanka is an emerging market with a lot of potential for growth," Aluwihare said.

While there are many financial service centers in the world, Sri Lanka has the advantage of being within a four-hour flight radius of major cities in South Asia and East Asia, he said.

Besides, Colombo has been ranked the most livable city in South Asia for years, and has a pool of affordable talents, he said, adding he hopes the project will create high-quality employment opportunities to arrest the brain drain of some 10,000 skilled and professional workers who leave the country every year for better opportunities overseas.

Noting that Colombo Port City is the first planned city in Sri Lanka and South Asia, Aluwihare said the project has focused on sustainable development to minimize resource usage, and has provided developers and investors with international standards to adhere to. 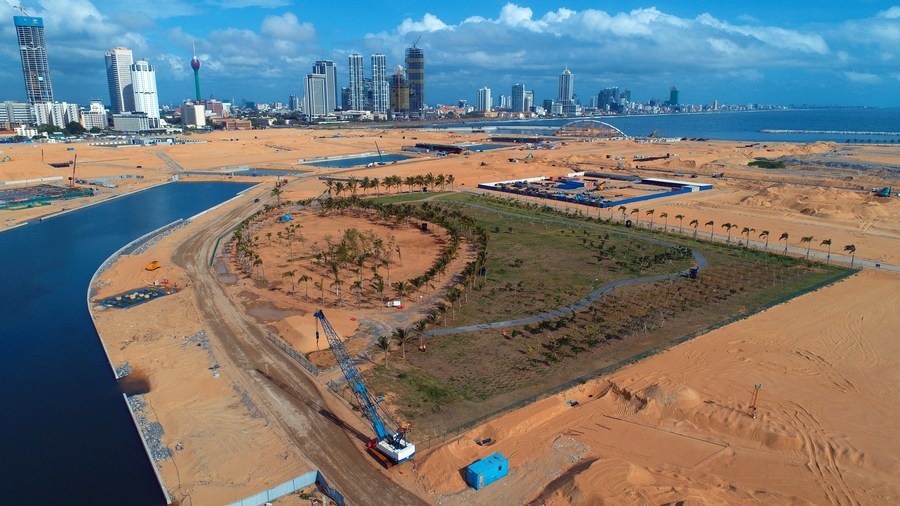 According to a study by Colombo-based think tank the Lakshman Kadirgamar Institute, Colombo Port City compares favorably with similar special economic zones in terms of sustainability and accessibility.

"Sri Lanka performs well overall in terms of supply-side factors such as the provision of electricity. The country compares comparatively strongly in terms of graduates' skill set, which is an important determinant for Port City's success," the study said.

"The project (is) rather not for the present, but it is more for the future generation to be born," he said.