Abstract : China and Vietnam signed a Memorandum of Understanding (MOU) for cooperation on the Belt and Road Initiative (BRI) and Vietnam's Two Corridors and One Circle plan in November 2017.

China and Vietnam signed  a Memorandum of Understanding (MOU) for cooperation on the Belt and Road Initiative (BRI) and Vietnam's Two Corridors and One Circle plan in November 2017.

Chinese Minister of Commerce Zhong Shan said, as the largest trade partner of Vietnam for years, China will further implement the consensus agreed by leaders of both sides, pushing forward the connectivity of the Belt and Road Initiative and Vietnam's Two Corridors and One Circle plan, as well as the construction of cross-border economic zone.

Vietnam is willing to take all measures to strengthen and deepen the comprehensive strategic cooperation partnership with China,said Vietnamese President Tran Dai Quang. 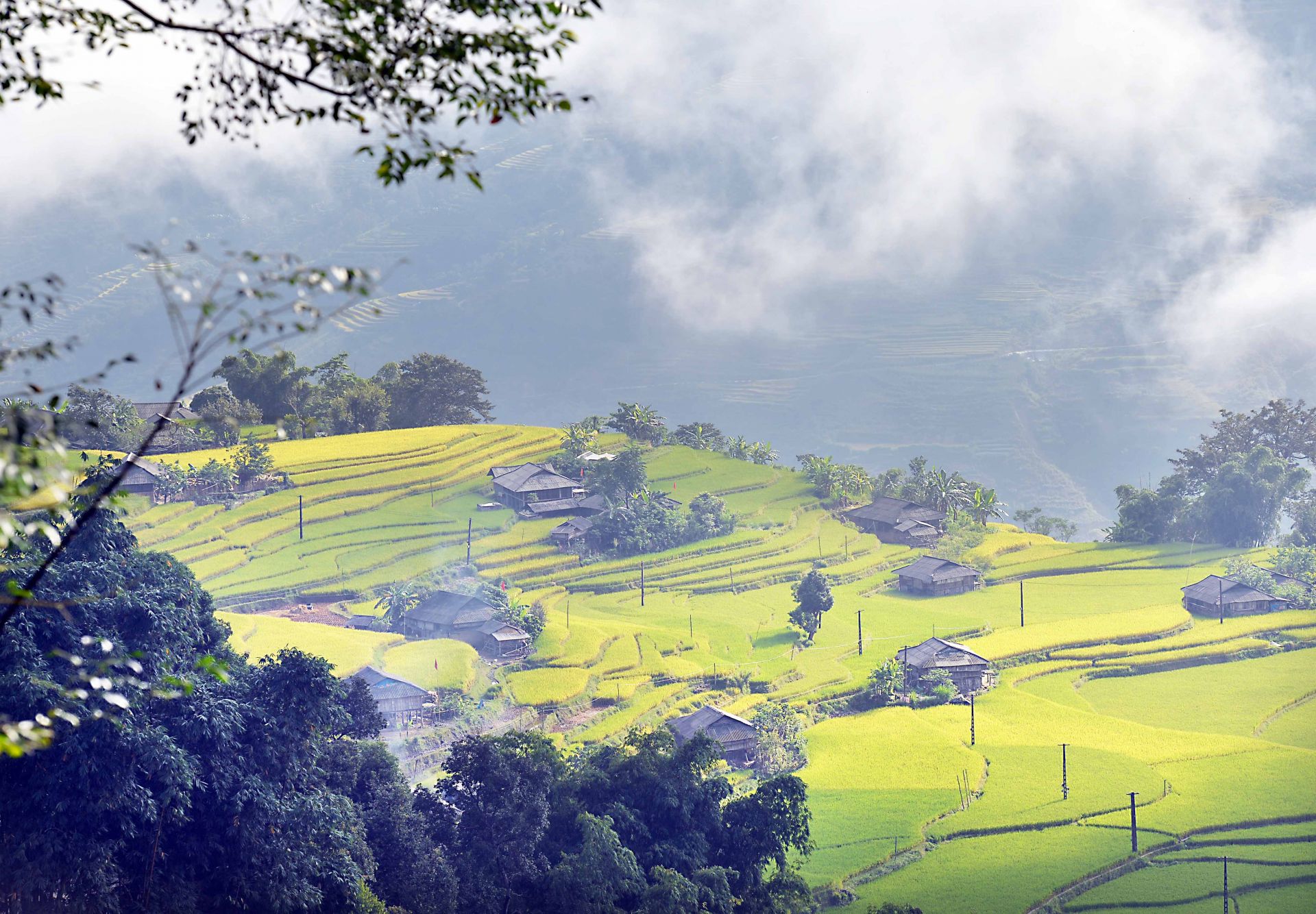 The capital, Hanoi, is located in the north, while the country’s largest city, Ho Chi Minh City (formerly Saigon), is in the south. Vietnam experienced a period of prolonged warfare in the mid-20th century, and a partitioning (1954–75), first militarily and later politically, into the Democratic Republic of Vietnam, better known as North Vietnam, and the Republic of Vietnam, usually called South Vietnam. Following reunification in April 1975, the Socialist Republic of Vietnam was established in July 1976.

With an area and configuration similar to those of Norway, Vietnam extends about 1,025 miles (1,650 km) from north to south and is about 30 miles (50 km) wide east to west at its narrowest part. It is bordered by China to the north, the South China Sea to the east and south, the Gulf of Thailand (Gulf of Siam) to the southwest, and Cambodia and Laos to the west.

Diverse cultural traditions, geographies, and historical events have created distinct regions within the country. The lowlands generally have been occupied by ethnic Vietnamese, while the highlands have been home to numerous smaller ethnic groups that differ culturally and linguistically from the Vietnamese. The highland peoples can be divided into the northern ethnic groups, who have affinities with peoples in southern China who speak Tai languages; and the southern highland populations, who have ties with peoples in Cambodia, who speak Mon-Khmer languages (Austroasiatic family), and peoples in Indonesia and elsewhere in Southeast Asia, who speak Austronesian languages. A north-south variation has also emerged among the ethnic Vietnamese as they have expanded southward from the Red River delta along the coastal plain and into the Mekong delta. The Vietnamese have long made a distinction between the northern region, with Hanoi as its cultural centre; the central region, where the Nguyen dynasty established a capital at Hue; and the southern region, with Saigon (Ho Chi Minh City) as its urban centre. After the mid-19th century, Vietnam was similarly divided by the French into Tonkin in the north, Annam in the centre, and Cochinchina in the south.

Vietnam’s greatest economic resource is its literate and energetic population. Its long coastline provides excellent harbours, access to marine resources, and many attractive beaches and areas of scenic beauty that are well suited to the development of tourism. Since the late 1990s, the country’s economy has been on a vigorous upswing. Tourism has expanded, manufacturing and export earnings have increased, and the per capita gross domestic product (GDP) has grown rapidly. Early in the 21st century, state markets were opened to foreign competition, and Vietnam became a member of the World Trade Organization (WTO). This surge followed two decades of post-reunification economic instability, during which a slowly developing infrastructure, excessive population growth, environmental degradation, and a rising domestic demand (that was increasingly difficult to meet) impeded economic development.

Agriculture is fading as the most important economic sector in Vietnam. Although agriculture still employs more than half of the population and manufacturing accounts for a mere 8 percent of all employment, the output value of both manufacturing and services surpassed that of agriculture in the early 1990s. Yet, agriculture is the main source of raw materials for the processing industries and a major contributor to exports; by the late 1980s Vietnam was again exporting rice after years of shortages. Permanent cultivation covers large areas of the country’s lowlands and smaller portions of the highlands. The primary agricultural areas are the Red River delta, the Mekong River delta, and the southern terrace region. The central coastal land, which is subject to destructive typhoons, is a region of low productivity. The central highlands area, traditionally one of low productivity, has been intensively cultivated since 1975, but with mixed results.

Rice is the most important crop. It is grown principally in the Red and Mekong river deltas. Other major food crops are sugarcane, cassava (manioc), corn (maize), sweet potatoes, and nuts. Agriculture is highly labour-intensive in Vietnam, and much plowing is still done by water buffalo. There are many plantations of banana, coconut, and citrus trees, most of them found in the Mekong delta and the southern terrace regions. Coffee and tea are grown in the central highlands. The production of rubber was disrupted by the war but has been restored in the central highlands and southern terrace regions. Fields, groves, and kitchen gardens throughout Vietnam include a wide variety of fruit trees (banana, orange, mango, jackfruit, and coconut) and vegetables. Kapok trees are found in many villages, and the Vietnamese cultivate areca palms and betel peppers for their nuts and leaves and mulberry bushes to feed silkworms.

The export of such seafood as shrimp, squid, crab, and lobster has become a major source of foreign exchange. There also has been an increase in the number of commercial shrimp farms. The most important freshwater fisheries are located on the plains of the Mekong and Champasak (Bassac) rivers.

Forestry is of major importance, primarily serving the domestic market. Charcoal production is widespread, and a number of factories produce furniture, pulp, and paper. Plywood, lumber, and rattan products also contribute to the economy. Deforestation and soil degradation, however, threaten the viability of the industry, especially as domestic demand for forest products rises.

Food and beverage processing is the largest industrial activity in Vietnam. Seafood is processed for export, while coffee and tea are processed both for export and for domestic consumption. Other beverages and a variety of condiments also are produced in significant quantities. Vietnam has long been a major producer of cement. The chemical industry has been growing, with fertilizer being its most important product. Steel is a major part of Vietnam’s heavy industry. Because of their high prices, cement, fertilizer, and steel are among the greatest contributors to the country’s economic sector. Garments and textiles are of increasing importance; silk production revived in the 1990s after a period of decline. Production of electronic equipment and motorcycles has similarly expanded, and in the early years of the 21st century automobile manufacturing has been Vietnam’s fastest growing industry. Other important manufactures include footwear, tobacco products, paints, soaps, and pharmaceuticals.

The State Bank of Vietnam, the central bank, issues the national currency, the dong, and oversees the country’s banking system. Known until 1975 as the National Bank of Vietnam in the north, the State Bank of Vietnam formerly functioned as a government monopoly in the banking sector. With the economic reforms of the late 1980s, however, the government recognized that this structure was inadequate to attract badly needed foreign trade and investment. Consequently, in a series of systemic changes from 1988–91, four state-owned commercial banks were created from preexisting institutions, and several joint venture banks were established. As international investment gradually increased in the 1990s, foreign commercial banks were allowed to establish branch offices in Vietnam. In 2004 branches of foreign and joint-venture banks were allowed to join the Viet Nam Bank Association, and two years later, foreign banks were permitted to offer a full array of banking services.

Chinese influence permeated all aspects of traditional Vietnamese culture, while Western influences became strong in the 20th century. Since the loosening of economic and political controls in the late 1980s, Vietnam has experienced both increased exposure to the lifestyles of the capitalist world and a resurfacing of old cultural practices.

Vietnam’s Confucian heritage is evident in the importance the Vietnamese give to the family. Families are essentially patrilineal, but Vietnamese women work alongside men in many jobs and play a major role in raising children and managing family finances. When possible, the Vietnamese prefer to work from early morning until early evening, with an extended rest period during the midday heat. In rural areas, both men and women wear trousers and shirts or blouses. On formal occasions and in urban areas, Western-style clothing is common, including skirts and blouses for women. Women still sometimes wear a form of the traditional ao dai, a long, slit tunic worn over pants.

Rice is the staple food. Vietnamese cuisine incorporates elements of both Chinese cooking and the cuisines of other Southeast Asian countries. Noodle soup with chicken or beef broth (pho), a distinctive kind of spring roll (cha gio), and the use of fermented fish sauce (nuoc mam) for dipping and seasoning are among the many noteworthy dishes. In the cities elaborate meals are available in expensive air-conditioned restaurants, but Vietnamese take delight in snacking at street stalls and entertaining friends in open-air establishments. The most important holiday, the lunar new year celebration known as Tet, is a time of feasting, visiting, and exchanging gifts.

China and Vietnam signed a Memorandum of Understanding (MOU) for cooperation on the Belt and Road Initiative (BRI) and Vietnam's Two Corridors and One Circle plan in November 2017.