Abstract : The United Kingdom is an island country located off the northwestern coast of mainland Europe. It comprises the whole of the island of Great Britain—which contains England, Wales, and Scotland—as well as the northern portion of the island of Ireland. 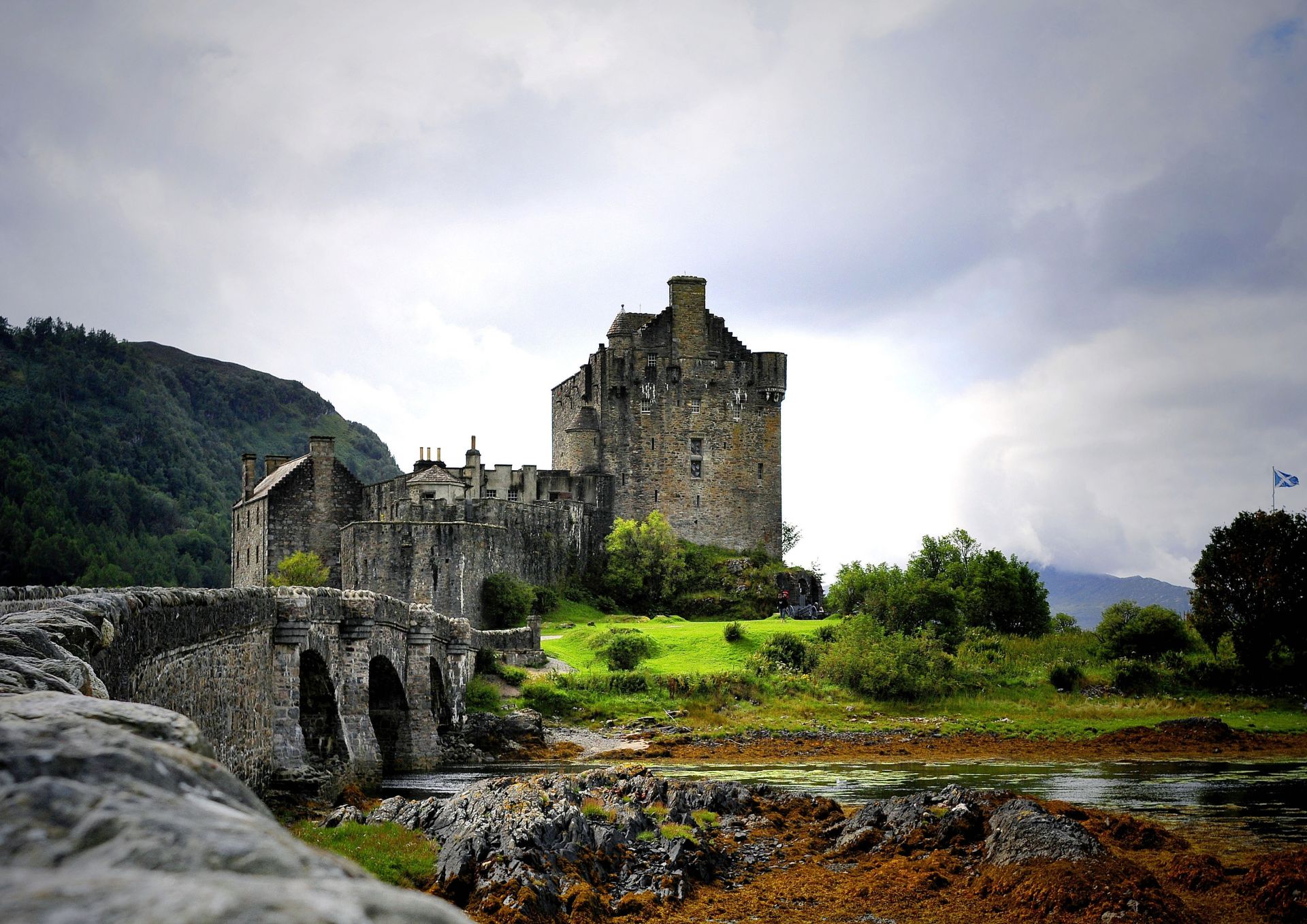 China and the UK, both big countries and great civilizations with global influence, have "enormous potential and promising prospects" in building Belt and Road Initiative (BRI), Chinese ambassador to the UK Liu Xiaoming has said.

Liu made the remarks while speaking at the Sixth Cambridge University International Real Estate Finance and Investment Conference.

"In the new era, our joint effort in building the BRI enjoys enormous potential and promising prospects," Liu said. "The past five years have seen such effort becoming a major highlight in China-UK overall cooperation."

"The UK is known for its pioneering spirit," he said, noting that the UK was the first major Western country to apply to join the Asian Infrastructure Investment Bank (AIIB), and second only to China to contribute to the AIIB special fund. 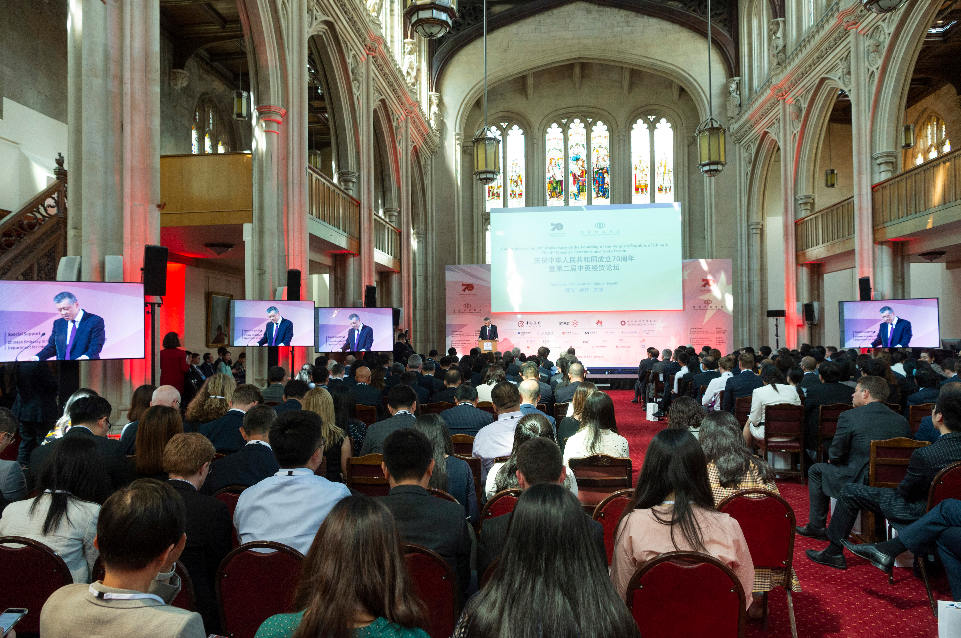 Delegates attend the 2nd China-UK Economic and Trade Forum in London, Britain, June 26, 2019. With around 250 attendees from both countries, the forum focused on two topics, which are "the development of China-UK economic and trade relations, and new cooperation opportunities" and "the new measures of China's opening up and China-UK cooperation on the Belt and Road Initiative." (Xinhua/Ray Tang)

The United Kingdom is an island country located off the northwestern coast of mainland Europe. It comprises the whole of the island of Great Britain — which contains England, Wales, and Scotland — as well as the northern portion of the island of Ireland. The name Britain is sometimes used to refer to the United Kingdom as a whole. The capital is London, which is among the world's leading commercial, financial, and cultural centres. Other major cities include Birmingham, Liverpool, and Manchester in England, Belfast and Londonderry in Northern Ireland, Edinburgh and Glasgow in Scotland, and Swansea and Cardiff in Wales.

The country is a constitutional monarchy and a parliamentary democracy. The country's head of state is the reigning king or queen, and the head of government is the prime minister, who is the leader of the majority political party in the House of Commons.

For centuries people have migrated to the British Isles from many parts of the world, some to avoid political or religious persecution, others to find a better way of life or to escape poverty. In historic times migrants from the European mainland joined the indigenous population of Britain during the Roman Empire and during the invasions of the Angles, Saxons, Jutes, Danes, and Normans. The Irish have long made homes in Great Britain. Many Jews arrived in Britain toward the end of the 19th century and in the 1930s.

After 1945 large numbers of other European refugees settled in the country. The large immigrant communities from the West Indies and South Asia date from the 1950s and 1960s. There are also substantial groups of Americans, Australians, and Chinese, as well as various other Europeans, such as Greeks, Russians, Poles, Serbs, Estonians, Latvians, Armenians, Turkish Cypriots, Italians, and Spaniards. Beginning in the early 1970s, Ugandan Asians (expelled by Idi Amin) and immigrants from Latin America, Southeast Asia, and Sri Lanka have sought refuge in Britain. People of Indian, Pakistani, and Bangladeshi origin account for more than half of the total ethnic minority population, and people of West Indian origin are the next largest group. The foreign-born element of the population is disproportionately concentrated in inner-city areas, and more than half live in Greater London.

All the traditional languages spoken in the United Kingdom ultimately derive from a common Indo-European origin, a tongue so ancient that, over the millennia, it has split into a variety of languages, each with its own peculiarities in sounds, grammar, and vocabulary. The distinct languages in what became the United Kingdom originated when languages from the European continent developed independently in the British Isles, cut off from regular communication with their parent languages.

Of the surviving languages the earliest to arrive were the two forms of Celtic: the Goidelic (from which Irish, Manx, and Scottish Gaelic derive) and Brythonic (from which the old Cornish language and modern Welsh have developed). Among the contemporary Celtic languages Welsh is the strongest: about one-fifth of the total population of Wales are able to speak it, and there are extensive interior upland areas and regions facing the Irish Sea where the percentage rises to more than half. Scottish Gaelic is strongest among the inhabitants of the islands of the Outer Hebrides and Skye, although it is still heard in the nearby North West Highlands. Because less than 2 percent of Scots are able to speak Gaelic, it has long since ceased to be a national language, and even in northwestern areas, where it remains the language of religion, business, and social activity, Gaelic is losing ground. In Northern Ireland very little Irish is spoken. Similarly, Manx no longer has any native speakers, although as late as 1870 it was spoken by about half the people of the Isle of Man. The last native speakers of Cornish died in the 18th century.

The various Christian denominations in the United Kingdom have emerged from schisms that divided the church over the centuries. The greatest of these occurred in England in the 16th century, when Henry VIII rejected the supremacy of the pope. This break with Rome facilitated the adoption of some Protestant tenets and the founding of the Church of England, still the state church in England, although Roman Catholicism has retained adherents.

In Scotland the Reformation gave rise to the Church of Scotland, which was governed by presbyteries—local bodies composed of ministers and elders—rather than by bishops, as was the case in England. Roman Catholicism in Ireland as a whole was almost undisturbed by these events, but in what became Northern Ireland the Anglican and Scottish (Presbyterian) churches had many adherents.

In the 17th century further schisms divided the Church of England as a consequence of the Puritan movement, which gave rise to so-called Nonconformist denominations, such as the Baptists and the Congregationalists, that reflected the Puritan desire for simpler forms of worship and church government.

The Society of Friends (Quakers) also originated at that time. Religious revivals of the mid-18th century gave Wales a form of Protestantism closely linked with the Welsh language; the Presbyterian Church of Wales (or Calvinistic Methodism) remains the most powerful religious body in the principality.

The great Evangelical revivals of the 18th century, associated with John Wesley and others, led to the foundation of Methodist churches, particularly in the industrial areas. Northumberland, Durham, and Yorkshire in northeastern England and Cornwall in the southwestern peninsula still have the largest percentages of Methodists.

In the 19th century the Salvation Army and various fundamentalist faiths developed. Denominations from the United States also gained adherents, and there was a marked increase in the practice of Judaism in Britain. In 1290 Jews were expelled from Britain, as they would be from other countries in the 14th and 15th centuries, a reflection of medieval anti-Semitism. The first Jewish community to be reestablished in Britain was in London in the 17th century, and in the 19th century Jews also settled in many of the large provincial cities. More than half of all British Jews live in Greater London, and nearly all the rest are members of urban communities. Britain now has the second largest Jewish community in Europe.

The British tradition of religious tolerance has been particularly important since the 1950s, when immigrants began to introduce a great variety of religious beliefs. There are large and growing communities that practice Islam, Hinduism, and Sikhism. The largest number of Muslims came from Pakistan and Bangladesh, with sizable groups from India, Cyprus, the Arab world, Malaysia, and parts of Africa. The large Sikh and Hindu communities originated in India. There are also many Buddhist groups.

The United Kingdom has a fiercely independent, developed, and international trading economy that was at the forefront of the 19th-century Industrial Revolution. The country emerged from World War II as a military victor but with a debilitated manufacturing sector. Postwar recovery was relatively slow, and it took nearly 40 years, with additional stimulation after 1973 from membership in the European Economic Community (ultimately succeeded by the European Union [EU]), for the British economy to improve its competitiveness significantly.

Economic growth rates in the 1990s compared favourably with those of other top industrial countries. Manufacturing’s contribution to gross domestic product (GDP) has declined to about one-fifth of the total, with services providing the source of greatest growth. The United Kingdom's chief trading ties shifted from its former empire to other members of the EU, which came to account for more than half its trade in tangible goods. The United States remained a major investment and trading partner, and Japan also became a significant investor in local production. American and Japanese companies have often chosen the United Kingdom as their European base. In addition, other fast-developing East Asian countries with export-oriented economies included the United Kingdom’s open market among their important outlets.

State Grid to install 2,500 charging piles in Fujian this year

The United Kingdom is an island country located off the northwestern coast of mainland Europe. It comprises the whole of the island of Great Britain—which contains England, Wales, and Scotland—as well as the northern portion of the island of Ireland.