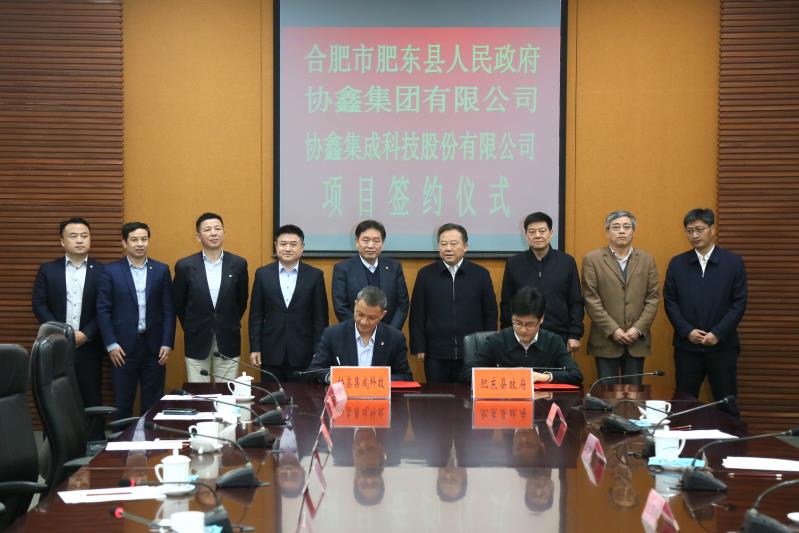 Photo: GCL-SI signs an agreement with the Government of Feidong County in Hefei, capital of east China's Anhui Province, March 27, 2020.

According to the agreement it signed with the Government of Feidong County recently, GCL-SI will invest a total of 18 billion yuan in the project which will be built in four phases, each with a production capacity of 15GW, from 2020 to 2023. The first phase requires a total investment of 5 billion yuan and is expected to start operation this year.

Upon completion of the project, GCL-SI will have the world's largest module production capacity, said the company.

"This is another solid step in the dual-main business operation strategy (namely, PV+ energy storage),"  said Eric Luo, chairman of the listed company, "GCL-SI welcomes upstream and downstream companies in the industrial chain to come to Feidong and build a super PV intelligent manufacturing base together."

The new factory will focus on producing 210mm high efficiency modules and is also capable of manufacturing 166mm and 158.75mm modules. Automatic and intelligent production technology will be fully applied in the factory, with the big data support, according to Luo.

Feidong, a county of Hefei City, stated that it aims to create a super PV intelligent manufacturing base which is expected to accommodate cells, backsheet, glass and other supporting supply chain companies.

Cooperation between GCL-SI and Feidong County is based on their consensus on the promising development of the semiconductor and PV industries. GCL-SI has a faith on the PV development in the context of the global energy transition, Luo added.

GCL-SI's optimistic outlook on the PV market has been echoed by the forecast made by the International Energy Agency (IEA) which expects the global cumulative installed capacity of PV to reach 1,721GW by 2030 and 4,670GW by 2050.

At present, GCL-SI's module production capacity is 7.2GW, with its products covering both monocrystallien and polycrystalline. (Edited by Hu Pingchao with Xinhua Silk Road, hupingchao@xinhua.org)