Abstract : An extended new year holiday has slowed down travel and business activities in China due to the ...

BEIJING, Feb. 16 (Xinhua) -- An extended new year holiday has slowed down travel and business activities in China due to the unexpected novel coronavirus outbreak.

While adopting timely, comprehensive and stringent measures to combat the epidemic, China has announced its policy toolkit to shore up businesses. Analysts and business insiders of many countries have voiced their confidence that the Chinese economy will be left unscathed in the long run.

On Feb. 10, the date of production resumption set by many provinces, transport networks saw increased passenger flow, a slew of wholesale markets and supermarket chains returned to normal operation, and manufacturers resumed operations with precautionary measures taken to prevent a further transmission of the virus. 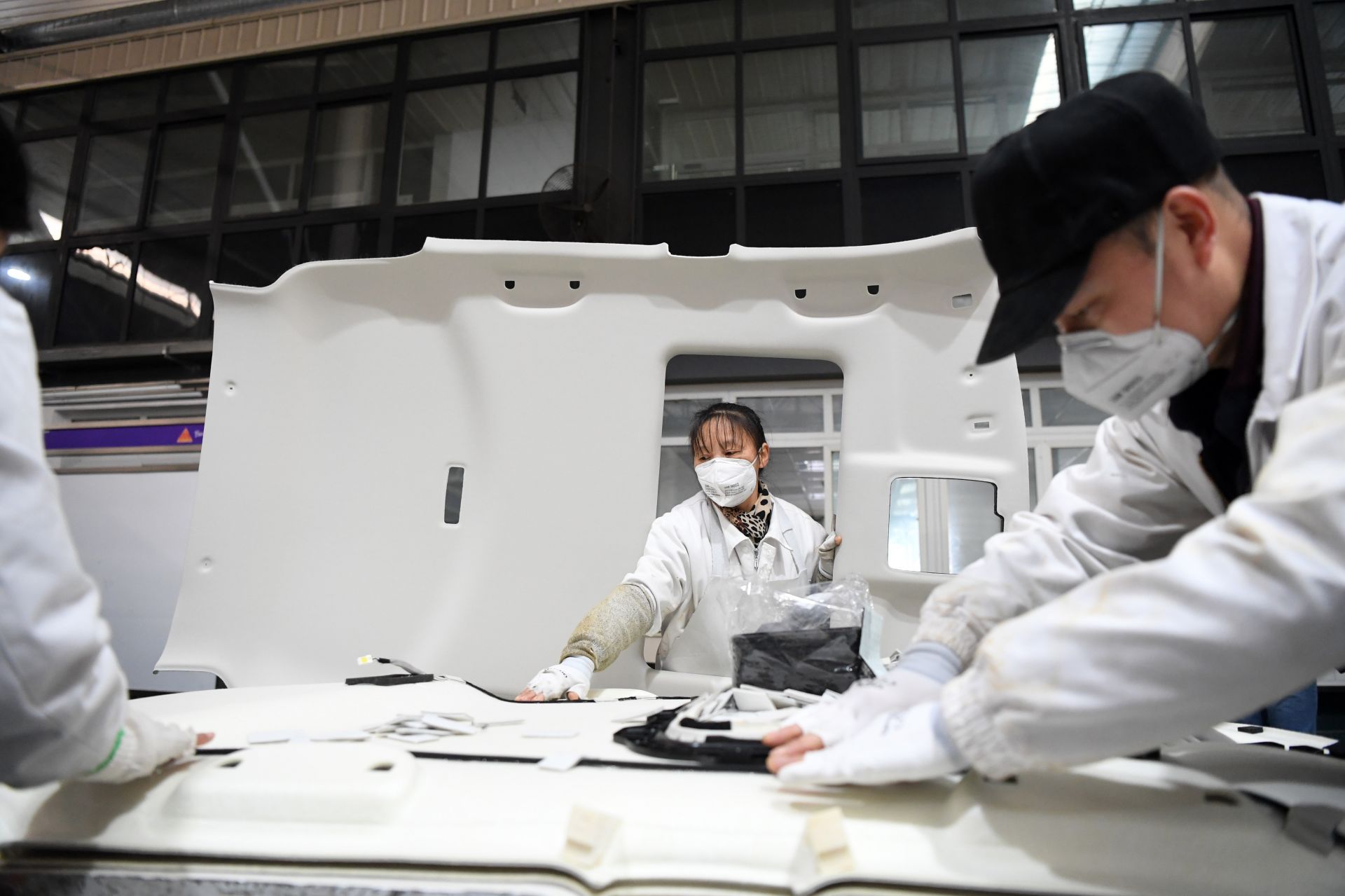 More than 80 percent of the 23,000 manufacturing subsidiaries of 96 centrally-administered state-owned enterprises have resumed production as of Wednesday, except those required by local governments to delay work resumption, according to the State-owned Assets Supervision and Administration Commission of the State Council.

By Wednesday, 83 percent of power grid and power generation companies have resumed work, while in the oil and petrochemical industry, the resumption rate reached 96.8 percent. Meanwhile, work on related key national projects have also begun to move forward in an orderly manner, the commission said.

More enterprises have adopted flexible forms of returning to work according to their own characteristics.

Foreign companies in China also joined the rank. European plane maker Airbus, for instance, in a statement released on Tuesday, announced the decision to gradually increase production at its China division.

According to a survey conducted by the Shanghai Association of Foreign Investment earlier this week, more than 80 percent of the 54 foreign companies surveyed in Shanghai have fully or partially resumed production.

Fiscal authorities have also rolled out measures, such as supplying logistic services and financial assistance, to support small and micro-enterprises, which are a key force to underpin the labor market and protect economic vitality.

On financial markets, China's central bank has added a total of 1.7 trillion yuan (about 243 billion dollars) into the banking system to boost liquidity and stabilize market expectations.

Stephen Roach, a senior fellow at Yale University's Jackson Institute of Global Affairs, said he is "very optimistic on the prospects for the Chinese economy," and "there's plenty of opportunities for fiscal and monetary stimulus."

Tan Kok Wai, the Malaysian government's special envoy to China, said the Chinese government's effective handling of the outbreak will build business confidence and push everyone from small businesses to state-owned companies to move beyond this temporary problem.

"The message is clear -- this will pass and it will be back to business as usual," he said.

Noting the epidemic would pose an economic shock to China, experts have said they believe the world's second largest economy has leeway to cushion the short-term impact and sustain stable growth.

"We believe the coronavirus is a one-off negative shock, which should not alter the long-term growth trajectory of China's economy," United Bank of Switzerland (UBS) economists said in a research note on Tuesday.

"As the virus outbreak is contained and economic activities normalize, we see pent-up demand being released and businesses recover," they said.

The epidemic will not affect China's cross-border investments in the long run, though it will have a short-term impact on the Chinese economy, especially in the first quarter, said Horst Loechel, a professor of economics at the Frankfurt School of Finance and Management.

Business activities such as mergers and acquisitions, foreign direct investment, and private equity investment are related to the real economy, and the current epidemic will not have an impact on the long-term forces behind these investments, Loechel said.

Khairy Tourk, an economics professor at the Illinois Institute of Technology in the U.S. city of Chicago, told Xinhua that "one positive thing about the Chinese economy is that it has already developed a digital economy."

His remarks echoed the recent booming of a "homebody economy" across China, as online education, online healthcare, e-commerce, and working from home are on the rise. China's tech giant Tencent has upgraded its live-streaming and online conference services, as such demand has been growing in recent days.

"Chinese people are very inventive and they have taken so many steps to lessen the effect of the spread of the disease," Tourk said. "The country is moving in the right direction as to dealing with its crisis."

China's long-term trends of moving towards a more consumption-oriented economy and of a rising services share in the overall structure should continue, UBS economists noted. Businesses are showing unabated interest in tapping the market that is too big to be missed.

"China plays an important role in the international trading system. That role will evolve but I don't see reliance changing," said Doug Barry, senior director of communications and publications at the U.S.-China Business Council, who added that U.S. businesses "remain bullish" on China.

"Those taking a long-term view are betting the economy will continue to grow faster than in most other markets and that the Chinese consumer in particular will propel growth," Barry said. "Companies want to be in China. They need to be in China."

Urging British businesses to tap the potential of the Chinese market after Brexit, Colin Rainsforth, director of British food and drink export and marketing firm Absolute Advantage, said China is a big market with rapid growth and an increasing number of middle-class consumers who are keen for high-quality goods.

The timely and decisive measures of China to lessen the economic impact "will be beneficial both to China and the world economy," he said, adding that isolating China due to the coronavirus "is not the solution and will only create more obstacles to world trade."

Tan, the Malaysian envoy, noted that China has remained Malaysia's largest trading partner for 11 consecutive years and accounted for 17.2 percent of Malaysia's trade in 2019, and that bilateral trade "will recover with a higher peak within reach" after the epidemic.

Jorge Valenzuela, president of the Chilean Federation of Fruit Producers, said that China accounts for nearly 30 percent of their exports, and that their "ties with China are deep and long-standing ... so this situation is not going to stop or slow down bilateral relations."

Tourk, the U.S. professor, called for worldwide efforts to fight the disease. "Nothing spares cooperation among nations like emergencies that deal with questions of life and death," he said. "A healthy China means a healthy world economy." Enditem

One third of vehicle bases in China resume production amid epidemic, association

Ministry of Commerce: Thailand to resume export growth in 2020

An extended new year holiday has slowed down travel and business activities in China due to the ...