Abstract : Zhabei Park, the oldest park in the Jing’an District, has reopened to the public after renovation was completed on its eastern section. 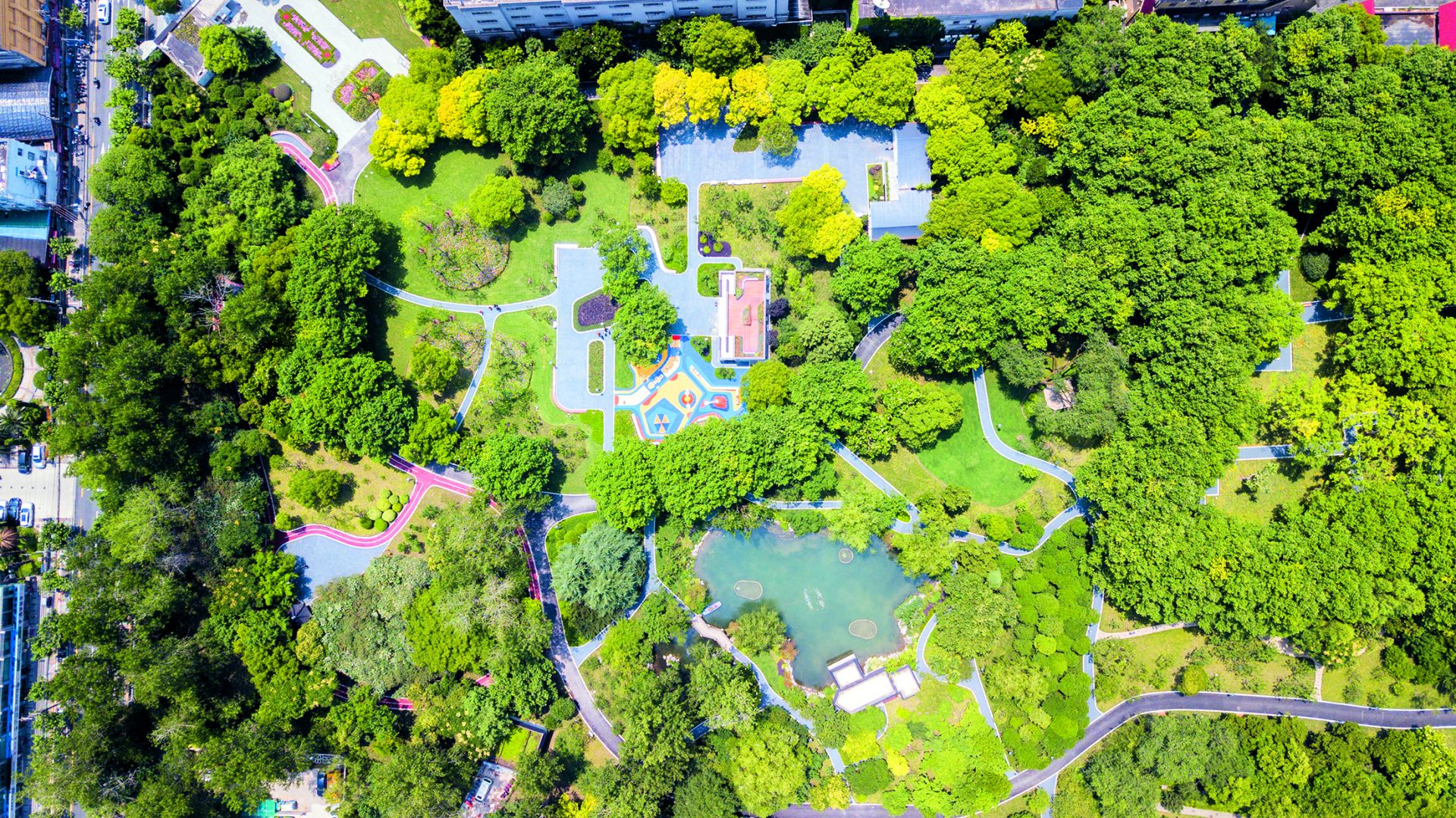 Zhabei Park, the oldest park in the Jing’an District, has reopened to the public after renovation was completed on its eastern section.

The 73-year-old park was originally the grave of Song Jiaoren, a Chinese revolutionary and one of the founders of the Kuomintang. He was assassinated in 1913. In 1946, the site opened as a public park with added facilities, while Song’s grave remained intact.

Over the years, many of the park’s promenades and buildings had deteriorated with age and its drainage system was sorely in need of repair. People living nearby often complained about noise from the park and the overgrown flora.

The park was renovated in accordance with the city’s “sponge city” concept of water management.

Some of the park’s historic structures, including Song’s tomb, have retained their original appearance. The riverside corridors and pavilions have been given a facelift.

New pavilions and squares were built, some surrounded by traditional Chinese fences in an effort to reduce noise. And there is a new riverside walking path.

The paintings allow people to “fly kites in the narrow alleyways in the shikumen neighborhood” just as they did in childhood and “walk pets in ancient water towns beside a river filled with lotus blossoms.” The paintings also feature many other old items.

One painting depicts the scene of a cat playing with a smartphone to reflect today’s youthful obsession with smart gadgets and the online world.

A fair to promote a sustainable lifestyle was held in the Jing’an Park this month.

The fair, co-organized by the Jing’ansi subdistrict, was the second of the four-event Sustainable Community Market held by Shanghai Daily.

Companies from home and abroad designed a series of games to promote the latest environmental protection concepts and raise public awareness in garbage sorting --- a hot topic now that stringent new regulations have come into force.

“We’ve held many events to promote garbage sorting and a green lifestyle, but this one is different and unique,” said Li Linbo, deputy director of the Party working committee of the subdistrict.

“This charity fair has attracted many multinational companies that bring the latest concepts of a sustainable lifestyle,” he said. “It’s not just about garbage sorting. Rather, it’s about living green. We have to change our ways of living, and that is the point.”

A special Party education function has begun in the Mary Kay office building in Jing’an as part of the district’s efforts to promote Party education among today’s young workers.

Instead of spoon-feeding people with boring doctrine, local TV anchor He Qing told rarely heard stories behind the birth of the first Party constitution. The audience seemed greatly impressed by the presentation.

The white paper specifies that trash bins for recyclable, hazardous, dry and wet waste should be placed at every dumping site. At other public venues, some trash bins for wet food scraps should be installed.

With waste sorting now mandatory across the city, the district has held many events to promote public compliance.

The Daning Road subdistrict has held the first Family day carnival as engage children and their parents during the summer holidays. Some 40 families participated in the carnival, which included games aimed at teaching people how to live a greener lifestyle.

Zhabei Park, the oldest park in the Jing’an District, has reopened to the public after renovation was completed on its eastern section.