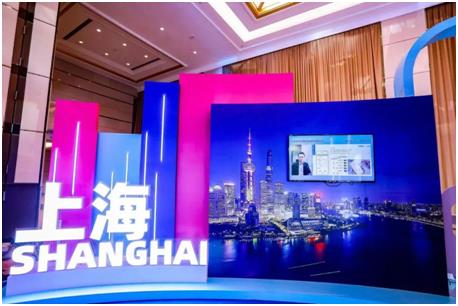 Government officials, experts, scholars, industry elites from more than ten smart cities at home and abroad shared their views both online and offline on smart city construction to depict a picture of smart, friendly and efficient urban public services.

Zhou Minhao, president of the Shanghai Council for the Promotion of International Trade noted that the two-day event, which was held at the same time as the ongoing fifth China International Import Expo (CIIE), is aimed at building a bridge for the cooperation between Chinese and foreign smart cities and helping make global cities more open, inclusive, balanced, and beneficial for all.

Besides, the summit released the award-winning cases of the excellent case selection on urban digital transformation in 2022.

This year, the summit's organizing committee received a total of 188 candidate cases from 41 cities in China. Through the public solicitation, preliminary case evaluation and expert scoring, about 52 proposals were finally selected as excellent cases this year.

The organizing committee hopes that this activity will inspire more cities, universities, institutions and enterprises to collaborate and participate in the construction of new smart cities.

It is noted that the summit was hosted by the Shanghai Council for the Promotion of International Trade, the China Academy of Information and Communications Technology (CAICT), and supported by Xinhua News Agency Shanghai division and China Economic Information Service, an economic information service provider affiliated with Xinhua News Agency.

The Shanghai Council for the Promotion of International Trade said that it will continue to hold the Global Smart City Cooperation and Development Summit to offer a broad exchange stage for potential cooperation between international cities.(Edited by Yang Yifan with Xinhua Silk Road, yangyifan@xinhua.org)