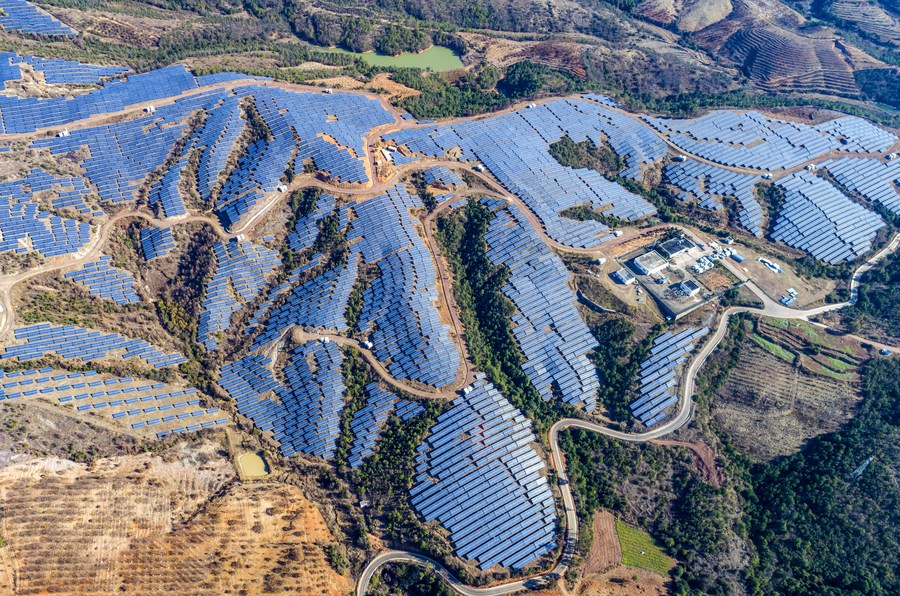 At the end of 2021, the cumulative installed power generation capacity of renewable energy reached 1,060 gigawatts, accounting for 44.8 percent of China's total installed power capacity, according to a statement issued by China's National Energy Administration.

China generated 2.49 trillion kWh of electricity from renewable energy in 2021, accounting for about 30 percent of the country's total electricity consumption.

Back in 2012, China's electricity generation from renewable energy still lagged behind the United States, according to the International Renewable Energy Agency.

Since then, the Chinese government has stepped up support and guidance to renewable energy in terms of policies, finance and technical routes, further strengthening its development and utilization.

The 12th Five-Year (2011-2015) Energy Development Plan, announced in January 2013, said the country would accelerate the growth of wind, solar, biomass and other renewable energy sources.

The state-level plan has given a strong impetus to China's renewable energy. The country's cumulative installed capacity of wind power and photovoltaic power increased 20.48 percent and 64.85 percent annually from 2012 to 2021, according to the China Energy Media Group.

In addition, China has increased support in science and technology to maintain the long-term healthy development of renewable energy.

In a white paper issued in December 2020 on energy development, the country promised to give priority to non-fossil energy and strive to substitute renewable energy for fossil energy.

The white paper said China planned to build laboratories and research institutes in areas such as efficient utilization of renewable energy, energy storage and distributed energy.

Earlier this year, the National Energy Administration and the Ministry of Science and Technology issued an energy technology innovation plan for the 2021-2025 period, providing a roadmap for key technological breakthroughs in advanced renewable energy.

The plan stressed the development of advanced power generation and comprehensive utilization of renewable energy.

As the world's largest market and largest equipment manufacturer for renewable energy, China has also actively promoted global green and low-carbon energy transformation and conducted extensive cooperation in renewable energy to tackle global climate change, working with other countries in a number of projects over the past decade.

1.
Mercedes-Benz to recall over 10,000 imported cars in China