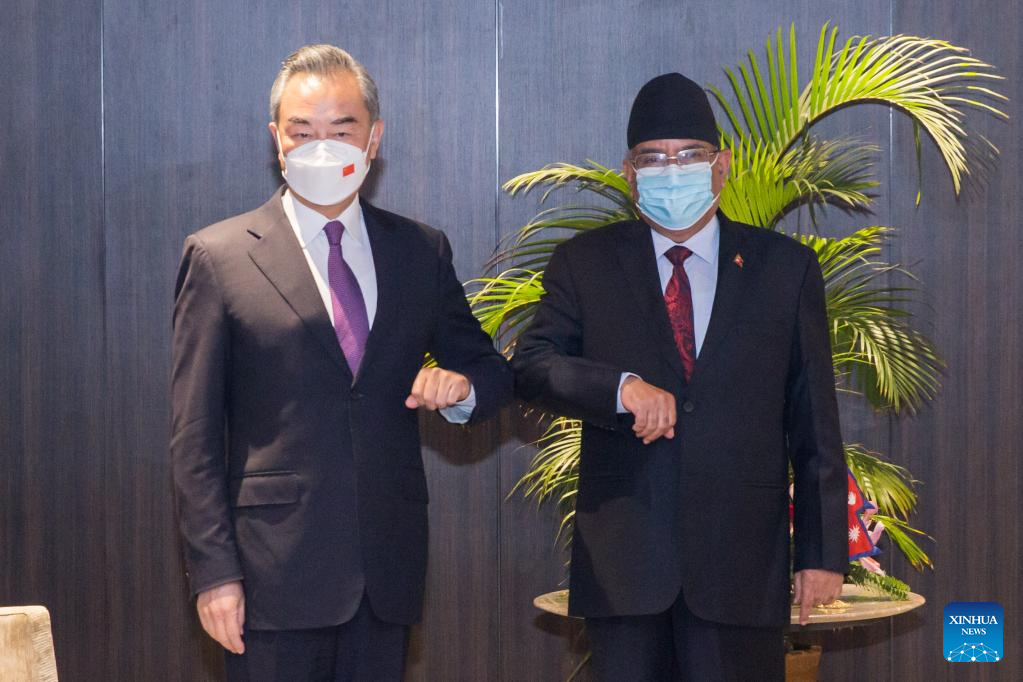 At a meeting with Chairman of the Communist Party of Nepal (CPN) (Maoist Center) Pushpa Kamal Dahal, also known as Prachanda, Wang said China cherishes the traditional friendship with Nepal that has lasted for generations.

No matter how the international situation changes and what challenges emerge, China will stick to its friendly policy towards Nepal, he said.

As the world is full of chaos and transformations, both sides should guard against the resurgence of the Cold War mentality in the region and jointly safeguard regional peace, stability and development, Wang said.

For his part, Prachanda congratulated China on successfully hosting the Beijing Winter Olympic Games despite the COVID-19 pandemic. Noting that Nepal and China are connected by mountains and rivers and enjoy traditional friendship, he said the two neighbors have maintained close exchanges and sound cooperation since the establishment of their diplomatic ties.

He thanked China for its strong support for Nepal's socio-economic development, as well as disaster and COVID-19 responses, and expressed readiness to implement the important consensus reached by leaders of the two countries and accelerate the Belt and Road cooperation, especially in connectivity and infrastructure projects.

Nepal will continue to adhere to the one-China policy and will never allow any force to use its territory to engage in any activities against China, Prachanda said.

During his meeting with KP Sharma Oli, chairman of the Communist Party of Nepal (Unified Marxist Leninist), Wang said both countries have been pushing forward cooperation steadily, joining hands to fight the COVID-19 pandemic and help Nepal's recovery and development, and bringing tangible benefits to the Nepali people.

Wang said China cherishes the traditional friendship between the two countries, never interferes in Nepal's internal affairs and always sticks to the friendly policy towards Nepal.

China hopes that Nepal could maintain social and political stability, he said, adding that his country will continue to firmly support Nepal in safeguarding its sovereignty and national dignity, exploring a development path suited to its own national conditions, and relentlessly pursuing independent domestic and foreign policies.

Oli said Nepal and China are close by both geography and culture, and the two peoples have enjoyed a long-standing history of friendship.

He expressed appreciation for China's unreserved support for Nepal in safeguarding the country's sovereignty, independence and territorial integrity, and for its selfless assistance to help Nepal conduct socio-economic development and fight the COVID-19 pandemic.

Nepal will firmly uphold the one-China policy, earnestly push for the building of the Belt and Road, deepen bilateral cooperation in various fields, and work jointly for the common goal of building the Trans-Himalayan Multi-Dimensional Connectivity Network, Oli said.

He pledged to make more efforts to share governance experience with the Chinese side and raise the cooperation between the two parties and two countries to a new level.

Wang left Nepal on Sunday for home to conclude his four-nation tour, which also took him to Pakistan, Afghanistan and India. ■ 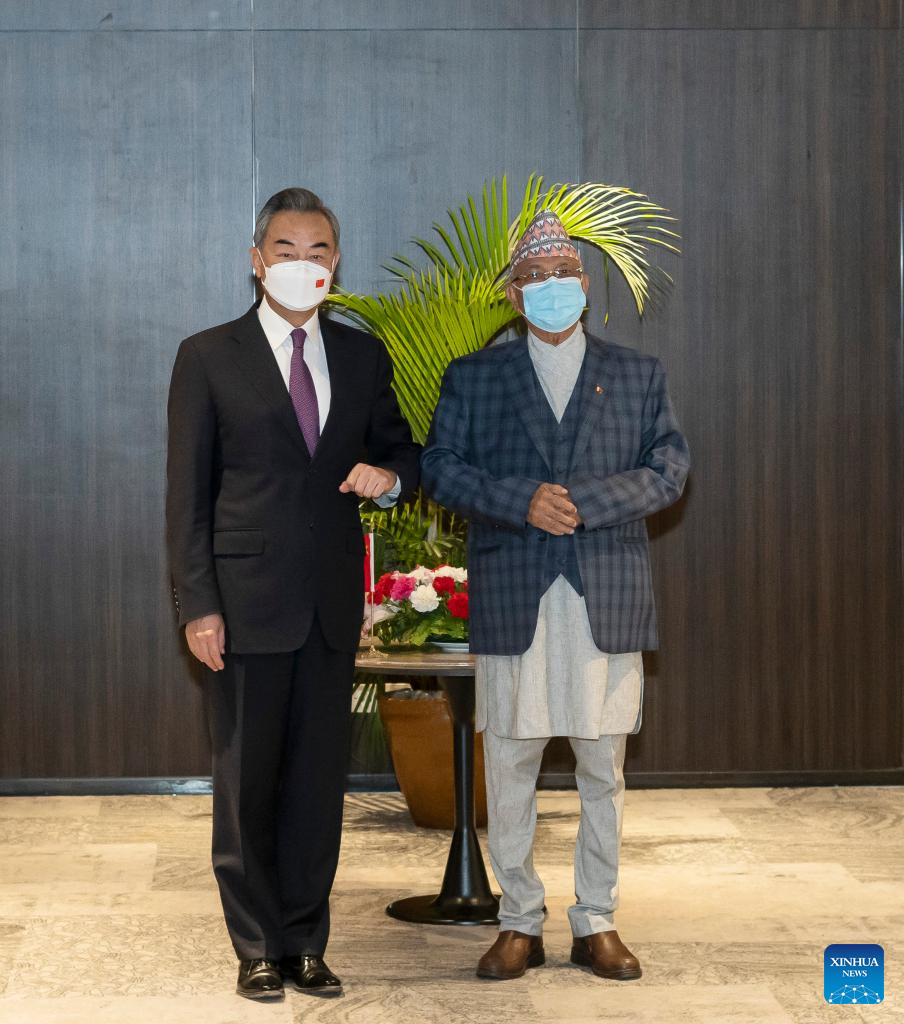