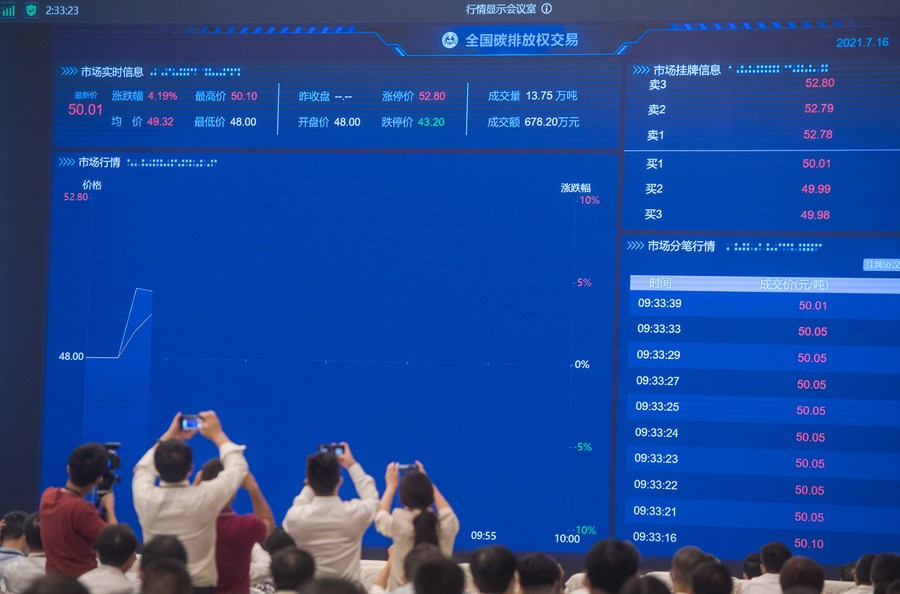 According to the report by the Center for Energy and Environmental Policy Research under the Beijing Institute of Technology (BIT), seven key energy-consuming industries, including petrochemicals, chemicals, building materials, iron and steel, non-ferrous metals, paper making and aviation, will be gradually included into the market during the 14th Five-Year Plan period (2021-2025).

After the inclusion, the total quota of the market is likely to expand from the current 4.5 billion tonnes to 7 billion tonnes, covering about 60 percent of the total carbon dioxide emissions.

Besides, the market will introduce more financial derivatives, such as futures and options, and optimize its trading rules to contribute to the high-quality development of the country's real economy.

Data from the Ministry of Ecology and Environment showed that in the first compliance period of the national carbon market, a total of 2,162 power generation companies were included, representing 4.5 billion tonnes of carbon dioxide emissions.

China's national carbon market is expected to see a total turnover of 100 billion yuan (about 15.87 billion U.S. dollars) by 2030 when the country achieves its goal of carbon peak, reported Economic Information Daily Wednesday.