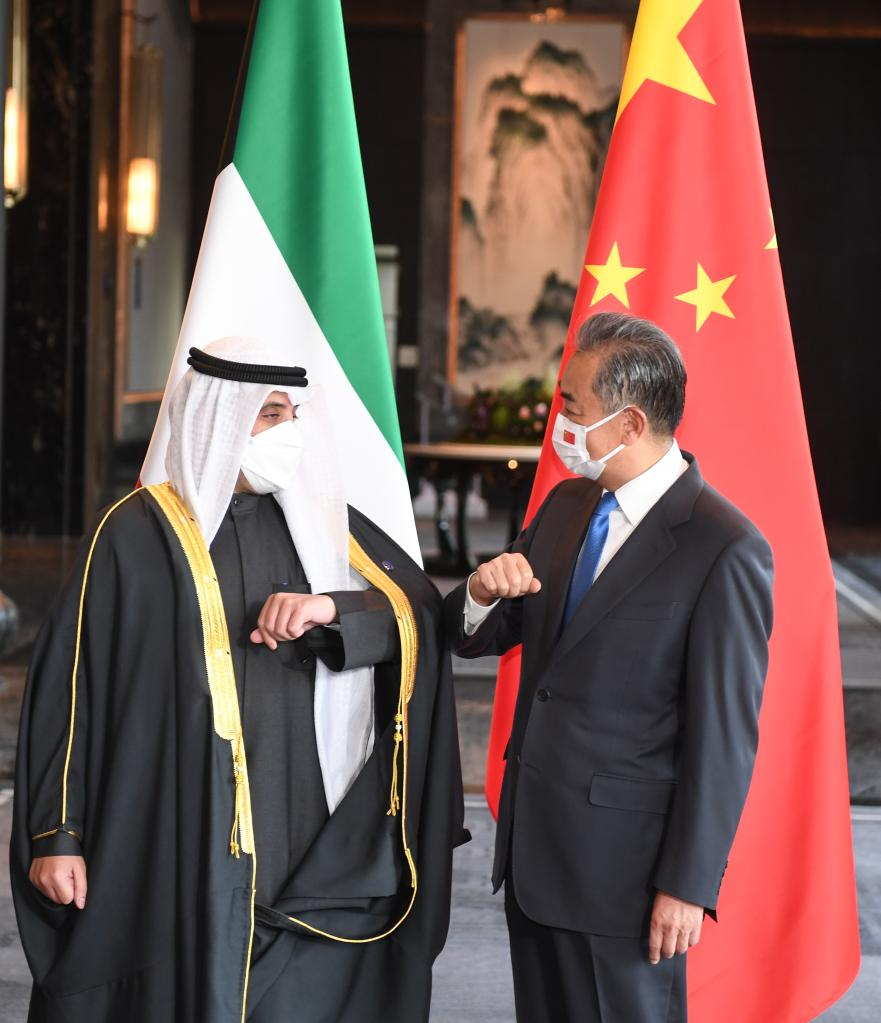 Noting Kuwait is one of the countries that are most friendly to China, the first Gulf Arab country to establish diplomatic relations with China, and also the first to sign cooperation documents on jointly building the Belt and Road Initiative (BRI), Wang said China appreciates Kuwait's firm adherence to the friendly policy toward China and its strong support to China on safeguarding its own sovereignty, security and development interests.

Wang said China will continue to be a reliable partner of Kuwait and support its legitimate and reasonable concerns, so as to promote the bilateral relations to a new level.

Ahmad said Kuwait supports China's just position on safeguarding its own interests, and opposes the politicization of human rights issues and interference in China's internal affairs.

Ahmad said Kuwait is ready to jointly implement the important consensus reached by the two heads of state so as to turn the great vision on bilateral relations into reality.

The two sides agreed to strengthen the docking of the BRI with Kuwait's Vision 2035, speed up the formulation of a five-year cooperation plan, and expand cooperation on clean energy, 5G communication, smart cities and other high-tech fields.

Ahmad said Kuwait is looking forward to learning from China's advanced scientific and technological experience and welcomes Chinese enterprises to invest in Kuwait.

Ahmad also expressed Kuwait's support for the Beijing Winter Olympics and opposition to the politicization of sports.

The two sides also exchanged views on cooperation between China and the Gulf Cooperation Council (GCC) as well as on regional issues of common concern.