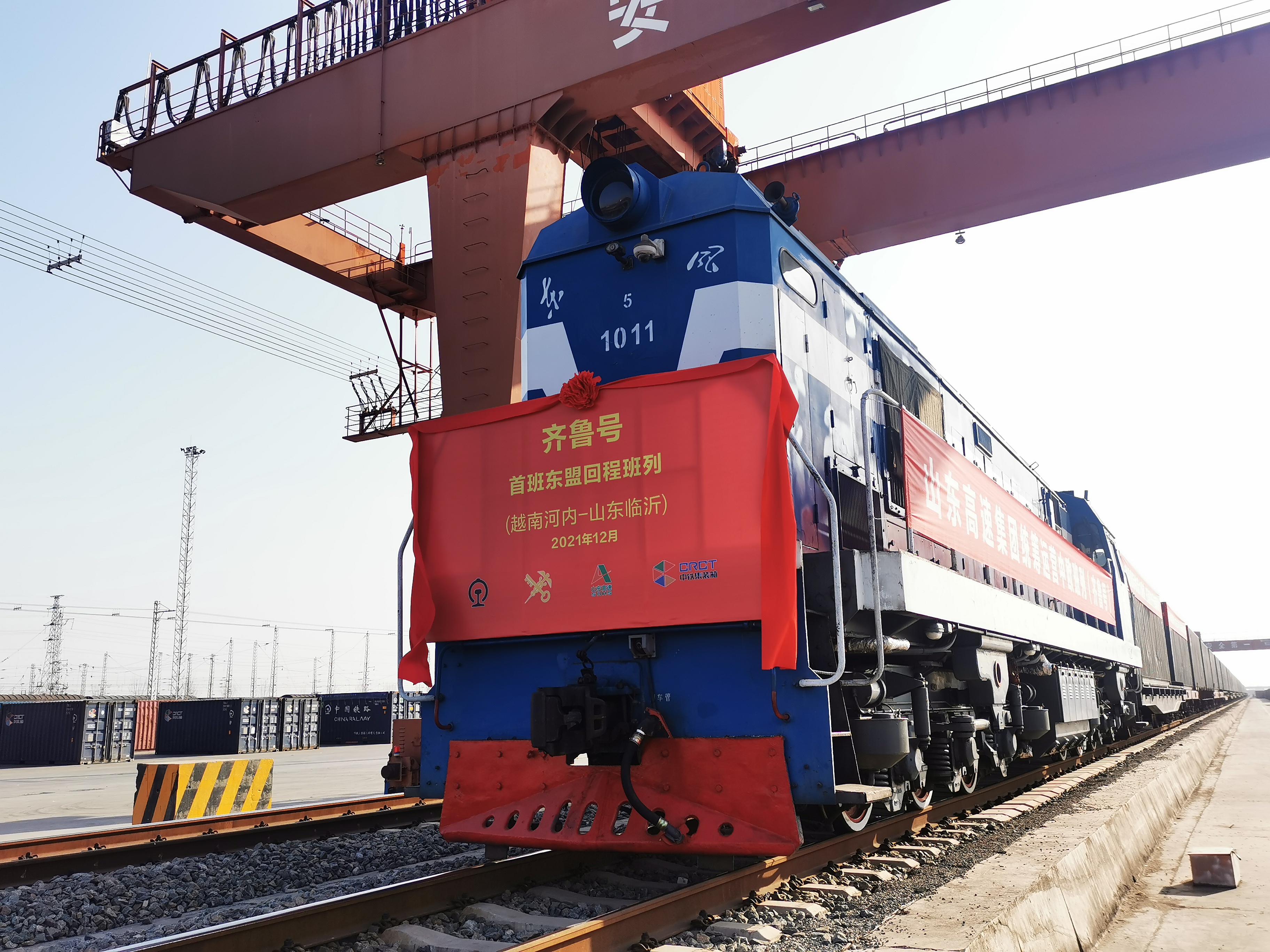 It is also the first import cargo train from Vietnam to Linyi, as well as from Southeast Asia to Linyi.

The operation of the train will significantly benefit enterprises in the Linyi Trade City, and is of great significance for promoting economic cooperation between these enterprises and the Belt and Road countries and regions, said Li Changcheng, Party chief and chairman of Linyi Trade City Holding Group, a state-owned company in Linyi, and also the importer of the wood.

It will meet the local demand for wood raw materials, greatly reduce the procurement and logistics costs, improve the logistics efficiency, and promote the sustainable development of the wood industry in the Linyi Trade City, added Li.

"The Vietnam-Linyi freight train is also the first cross-border freight train business between the Linyi Trade City and Southeast Asian countries," said Li, "Next year, we will leverage opportunities brought by the construction of the Belt and Road comprehensive pilot zone in Linyi to strengthen trade with countries along the Belt and Road, and continue to open China-Europe, China-Asia and China-Vietnam freight trains, driving plates, building materials and other products in Linyi to go global and introducing wood, ore and other products, and boosting the transformation and upgrading of the foreign trade business in the Linyi Trade City."

ASEAN is a key region in the Belt and Road construction, as well as the largest trading market for Shandong and Linyi. ASEAN and China are each other's largest trading partner.

Known as the "famous marketplace in China" and the "logistics capital of China", Linyi is a key window for international economic and trade exchanges between China and ASEAN. It is also a well-known wood processing base in China with a large and stable demand for wood raw materials. The operation of the Vietnam-Linyi freight train provides a new logistics solution for Linyi to import wood raw materials from Vietnam.