Abstract : Over the past eight years, the Belt and Road Initiative (BRI) has yielded fruitful results, with infrastructure connectivity surging and trade cooperation increasingly deepened among the initiative's participating partners. 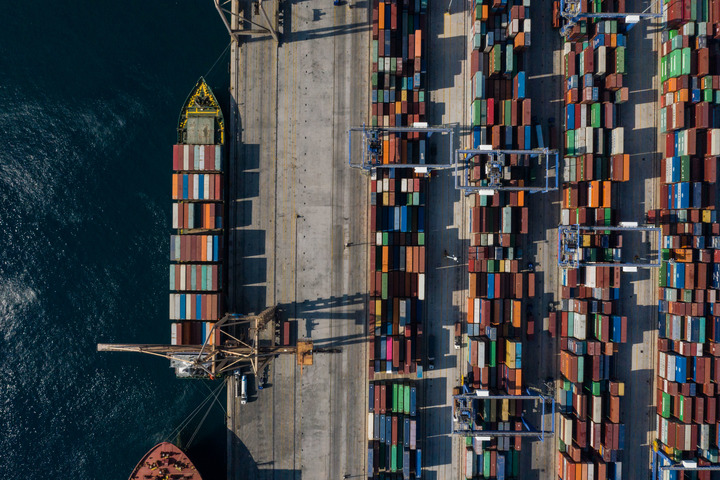 BEIJING, Nov. 30 (Xinhua) -- A container liner called "Dong Shun" slowly berthed at Yongzhou Container Terminal of Ningbo-Zhoushan port, east China's Zhejiang Province on October 1, 2021, which is the first ship to voyage the "Subsea Russian Line," a sea route connecting Vladivostok in Russia and the Ningbo-Zhoushan port and other sea ports in China.

It is noted that the Yongzhou Container Terminal added some routes this year to connect the port with more B&R countries and regions.

Over the past eight years, the Belt and Road Initiative (BRI) has yielded fruitful results, with infrastructure connectivity surging and trade cooperation increasingly deepened among the initiative's participating partners.

From 2013 to September this year, China's total trade volume of goods with the B&R countries and regions amounted to 10.4 trillion U.S. dollars, while its proportion in the country's total foreign trade picked up 4.1 percentage points from 2013 to 2020.

"Thanks to the efficient logistics services of relevant departments, we have more confidence in our business development," said Sun Xiuhong, head of TCL's base in Chengdu, who added that now more than 90 percent of the parts and components needed by TCL's six assembly lines in Poland are transported on the China-Europe freight train route departing from Chengdu, making Chengdu an important export base for TCL to expand markets in the B&R countries and regions.

By now, the China-Europe freight train, also known as "steel camel fleets", in Chengdu has conducted more than 2,000 trips, connecting the city with more than 67 stations globally. Southwest China's Sichuan Province witnessed an import and export volume of 228.97 billion yuan in the first ten months of the year with the B&R countries and regions, accounting for 30.4 percent of Sichuan's total foreign trade in the period.

With unimpeded logistics comes unimpeded trade. Over the past eight years, China has been enhancing trade cooperation with the B&R countries and regions.

On November 17, 2021, a batch of parcels to be exported to Belgium was under customs inspection at China (Hangzhou) Cross-border E-commerce Comprehensive Pilot Area, east China's Zhejiang Province.

"The packages are delivered to a freight hub in Liege, Belgium, and then distributed to surrounding countries. After placing an order on the e-commerce platform, foreign buyers can receive packages sent from China in about five days," said a manager of the Business Department of Zhejiang Rongyitong Enterprise Service Co., Ltd, adding that the continuous development of cross-border e-commerce freight routes provides a reliable solution for exporting enterprises to explore overseas markets.

In the first eight months of this year, Hangzhou has witnessed 3,826 cross-border e-commerce cargo flights to the B&R countries and regions, realizing a total export volume of 8.7 billion yuan, a fourfold year-on-year growth.

At present, the accelerated development of new business forms and trade models, especially the cross-border e-commerce, market procurement trade, and overseas warehouses, has provided new possibilities for more small and medium-sized foreign trade enterprises to expand into the markets of the countries along the B&R, lowered the threshold of trade, and activated the momentum of high-quality development of foreign trade.

At present, northwest China's Xinjiang Uygur Autonomous Region has begun to enter the international market with its characteristic forest and fruit products.

Local agricultural producers in Xinjiang said that the enhanced trade facilitation has enriched the market supply of the B&R countries and regions and benefited local business entities. For example, the customs clearance procedure only takes less than half an hour.

With the advantages of cost-saving and timely transportation, characteristic agricultural products such as ketchup and walnuts have been sold to Italy, Germany, Russia, Turkey, Kazakhstan, and other B&R countries and regions. Xinjiang has expanded its export goods from electronic products and daily necessities to more than 200 categories, including mechanical products, chemical products, food, and petty commodities, embracing new development opportunities.

So far, China has signed seven free trade agreements with 13 Belt and Road countries and regions, according to the Ministry of Commerce (MOC). By strengthening cooperation with relevant departments at home and abroad, the Chinese Customs has signed the mutual recognition of Authorized Economic Operator (AEO) with 20 economies, including the European Union (EU) and Singapore, building an extensive circle of friends to improve trade facilitation. Various relevant organizations in China have been actively exploring new ways to promote joint development and achieve win-win results with B&R countries and regions.

Over the past eight years, the Belt and Road Initiative (BRI) has yielded fruitful results, with infrastructure connectivity surging and trade cooperation increasingly deepened among the initiative's participating partners.