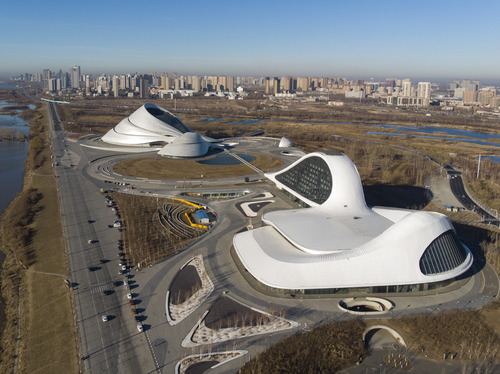 Relevant Chinese authorities also called on the FTZs and the Hainan FTP to further promote institutional innovation and strengthen local advantageous industries, to empower the FTZ with greater industrial development, and raise the level of opening-up.

As China's FTZs and FTP enter a new stage of innovative and integrated development, further deepening of institutional innovation and industrial development is expected to promote the simultaneous upgrading of the FTZ as well as industries, industry experts said.

For example, southern Chinese Hainan FTP witnessed a total of 1,135 new enterprises registered in the area in the first eight months of the year. By far, the FTP has a total of 1,780 registered companies, including Fortune 500 companies such as China Cosco Shipping Corporation Limited and Sinopharm.

Thanks to the policy dividends and optimized business environment of Hainan FTP, it has signed 242 major projects covering three leading industries such as tourism, modern service, and high-tech.

The Lingang New Area of the Shanghai Pilot FTZ saw foreign capital in actual use of 437 million U.S. dollars from January to July this year, surging 55 percent year on year. In the two years since its establishment, the Lingang area has signed a total of 765 key projects involving a total investment of 447.8 billion yuan.

Vice Commerce Minister Wang Shouwen said that the booming projects settlement not only promoted the construction of FTZs and FTP, but facilitated the development of competitive industries in Chinese provinces and regions.

China's continuous unleash of favorable policies has further strengthened the commitment to accelerate the development of FTZs. For example, the Shanghai Lingang area recently rolled out 40 new measures aimed at injecting further impetus to the rapid development of industries such as biomedicine, artificial intelligence, and new energy vehicles (NEV).

The pilot Free Trade Zone of the Guangxi Zhuang Autonomous Region in south China proposes to develop a cross-border industrial chain oriented towards market in the ASEAN countries, focusing on electronic information, new chemical materials, product processing, and automobiles as well as NEV.

Based on the institutional exploration in the early stage, the institutional innovation of China's FTZs and FTP is being interconnected in higher-level reforms and opening-up, according to Zhu Keli, a researcher on the new economy with the Development Research Center of the State Council.