Abstract : The ongoing 21st China International Fair for Investment & Trade (CIFIT), which kicked off on Wednesday in Xiamen, east China's Fujian Province, has pumped new life into Belt and Road Initiative (BRI) cooperation, with enterprises and governments strengthening ties at the event. 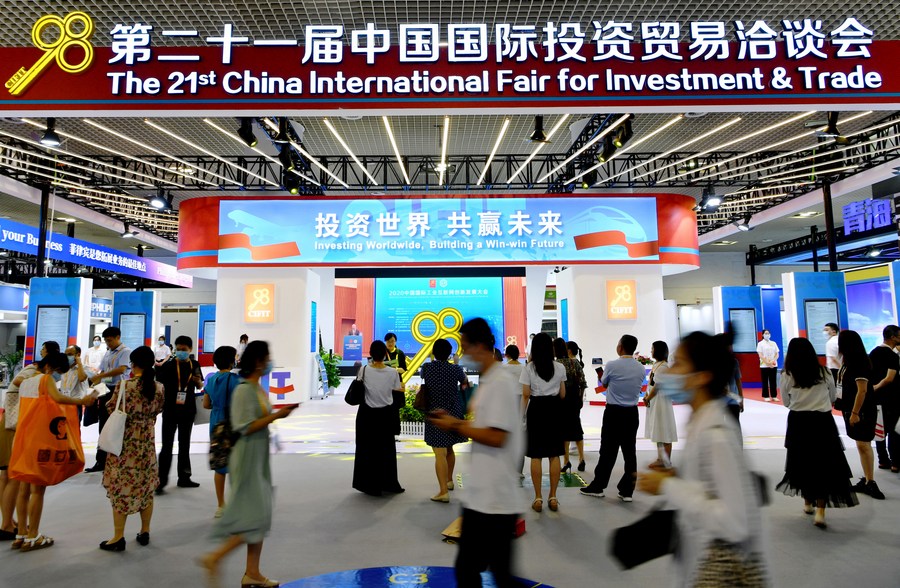 Photo taken on Sept. 8, 2021 shows a view of the 21st China International Fair for Investment and Trade (CIFIT) in Xiamen, east China's Fujian Province. The 21st CIFIT was launched on Wednesday in Xiamen City. (Xinhua/Wei Peiquan)

Over 5,000 companies from nearly 100 countries and regions have flocked to the fair, seeking business opportunities and discussing hot topics such as Belt and Road construction, digital and green economies, and carbon neutrality.

Noting that China will further open up on a larger scale, on more fronts and at a deeper level, Chinese Vice Premier Hu Chunhua called for continued efforts to strengthen pragmatic cooperation with countries along the Belt and Road.

Hu, also a member of the Political Bureau of the Communist Party of China Central Committee, made the remarks while addressing the opening ceremony of the 21st CIFIT on Wednesday.

China will improve the system of pre-establishment national treatment plus a negative list, provide better support to foreign investment, and create a favorable business environment for foreign-invested firms, he said.

During these difficult times of the pandemic, the CIFIT has provided a much-needed impetus for economies along the Belt and Road against the backdrop of COVID-19.

China Wuyi, headquartered in Fujian, invested 500 million yuan (about 77.3 million U.S. dollars) in a real-estate project named Asia Plaza in the Manila Bay Area, the Philippines, which broke ground in June this year.

It was one of the direct results of the country's participation in the fair as the guest country of honor last year. China was the Philippines' top trading partner and the total bilateral trade volume hit 271 billion yuan in 2020. Agriculture Counselor Ana GM B. Abejuela from the Embassy of the Philippines in China introduces the Philippines' investment environment during the 21st China International Fair for Investment and Trade in Xiamen, east China's Fujian Province, Sept. 8, 2021. (Xinhua/Wei Peiquan)

Ana Abejuela, Agriculture Counselor of the Embassy of the Philippines in China, said agricultural trade between China and the Philippines has enjoyed a huge increase over the last five years due to the strengthened economic ties between the two countries.

"We have had some difficulties in the past year because of the pandemic, but still we see a good future for exports to China, and the other way too," said Abejuela. "Last year, the total trade volume of agricultural products reached 2 billion U.S. dollars."

"We are very active in promoting investment opportunities in the Philippines to Chinese investors, and CIFIT has been very helpful in informing potential investors," she said.

The Belt and Road Initiative is consistent with the long-term development trajectories of many participating countries, bringing lucrative entrepreneurship opportunities for both domestic and foreign investors.

Saudi Arabia, for instance, finds strategic synergy between the BRI and its Vision 2030 reform plan, according to Mohamed Al Ajlan, chairman of the Saudi Chinese Business Council.

Continued cooperation between China and Saudi Arabia in the near future, with a focus on attracting more Chinese investment to Saudi Arabia, will be mutually beneficial for the two sides, he said.

Ajlan & Bros Holding Group, a company owned by his family, has been very successful since it inaugurated its first garment factory in China in the early 2000s. Shandong Lawrence Textile Co., Ltd., a textile and apparel supply-chain enterprise established in 2003 in the city of Zaozhuang, east China's Shandong Province, has become a leading exporter in the city.

"Chinese companies are very competitive, which is why cooperation with them is given top priority," he said, adding that they are upbeat about the future partnership with Chinese companies and will help them invest in Arab countries. 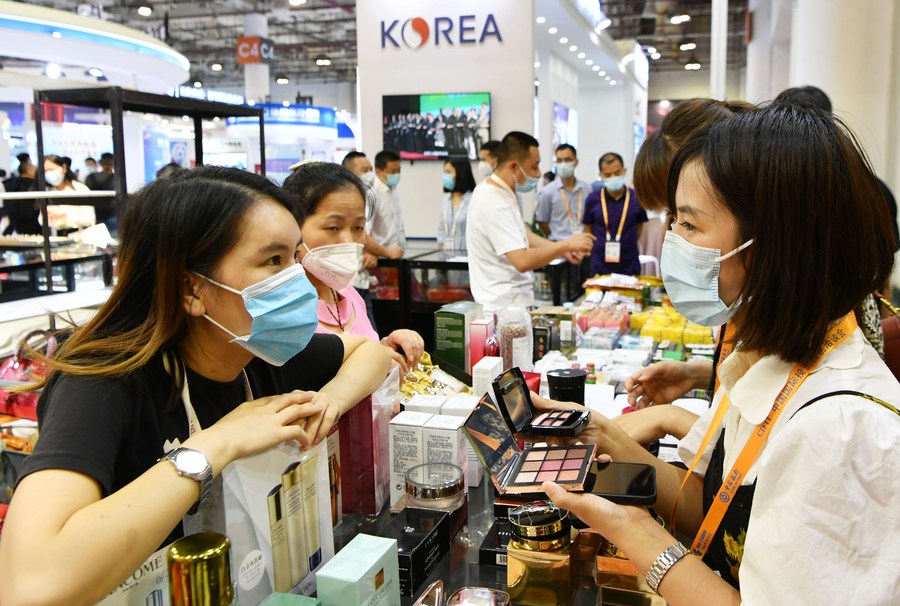 PSA International Pte. Ltd., a world-class port group headquartered in Singapore, was received as the latest member of the Silk Road Maritime during the ongoing CIFIT.

Jointly initiated by the Xiamen Port Holding Group and dozens of shipping companies from home and abroad, the shipping consortium is aimed at boosting trade links among BRI countries and regions.

As an important shipping service brand connecting China with countries and ports along the 21st Century Maritime Silk Road, the alliance has seen rapid growth in recent years. Eight more routes were added to the Silk Road Maritime at this year's CIFIT, bringing the total number of named routes to 80, linking 99 ports in 27 countries.

As of the end of August, the alliance has operated over 6,000 voyages, with a total container throughput of about 6 million TEUs.

The alliance will strengthen operations and business resilience, as supply-chain resilience and sustainability are being seen as more important than ever to deal with the uncertainty caused by COVID-19, Tan Chong Meng, CEO of PSA International, said via video link.

"PSA believes we can play a greater inter-regional role in driving supply-chain connectivity, and will be delighted to contribute more to this alliance," Tan said. "The Silk Road Maritime trade corridor will provide smooth cargo flow between China, ASEAN, the U.S. and Europe, and more cargo owners will be drawn into the corridor."

The alliance could strengthen international cooperation in two areas: service innovation to support global supply chain resilience; and staying responsive to global development such as regional trade partnerships and climate agreements, he added.

The ongoing 21st China International Fair for Investment & Trade (CIFIT), which kicked off on Wednesday in Xiamen, east China's Fujian Province, has pumped new life into Belt and Road Initiative (BRI) cooperation, with enterprises and governments strengthening ties at the event.