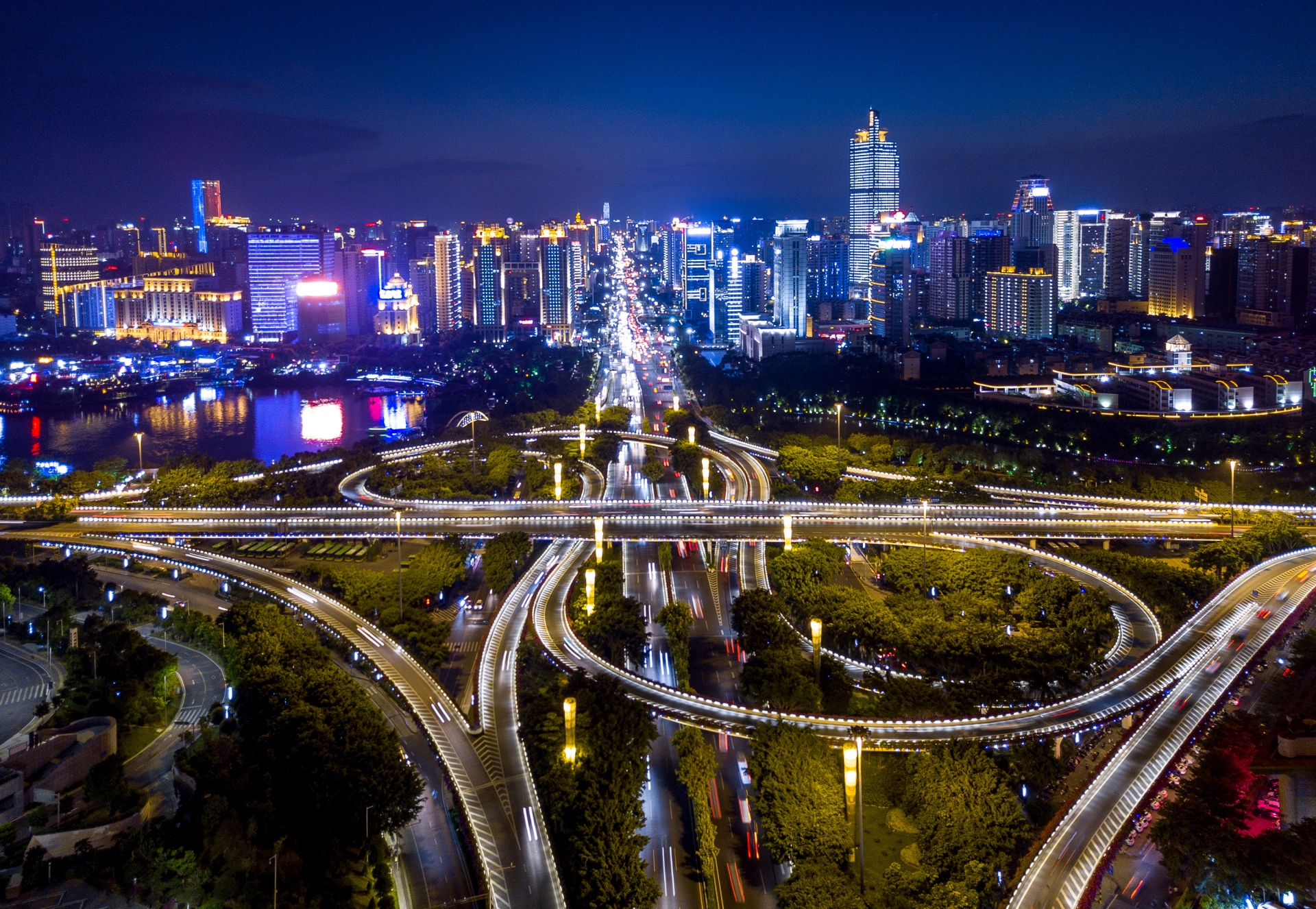 The city, characterized by scorching days in summer and hot autumn, is famous for its folk habits of going out and shopping at night, with banks of Yongjiang River, the city's mother river, being the most favorable destination for local residents and travelers.

After renovation, the banks of Yongjiang River, a section of a tributary of the mainstream of Pearl River, become a popular place to enjoy night views, including the brilliantly lit cross-river bridge, 3D light show on high-rise buildings alongside the river, and dazzling sight-seeing boats.

During the summer vacation, parents and students from near and far usually rush to Nanning to see the old folk houses, arcades, city god temple, hollowed windows, and memorial archways, all of which can be spotted at the three streets and two alleys historical conservation block in Nanning.

The block, a miniature of the over 1,000 years long history of Nanning, has been a new and unique landmark of the city and seven scenic spots within the block such as the China theater and Deng Yingchao memorial hall are open to the public currently.

Not far from the block lies Zhongshan Road food street, a landmark for Nanning's traditional food where booths and shops for escargots, roasted fish, and local rice noodles are often crowded with tourists.

Elsewhere at the Uptown block, another night economy demonstration block of Nanning, workshops of the past silk mills are renovated and partially reserved to give birth to a touring block composed of creative parks, exhibitions for performing arts, thematic cinemas, art hotels, music bars, creative groceries, and characteristic catering.

Beside the Yongjiang River, the city's "green lung" - Qingxiu Mountain is also lit up by its burgeoning night economy. Travelers can also experience cultures of ASEAN countries in Fantawild Asian Legend, a high-tech theme park in Nanning.

All of these are part of the city's planned night economy demonstration programs and by 2022, Nanning vows to complete building 10 of such programs to further propel its night economy. (Edited by Duan Jing With Xinhua Silk Road, duanjing@xinhua.org)