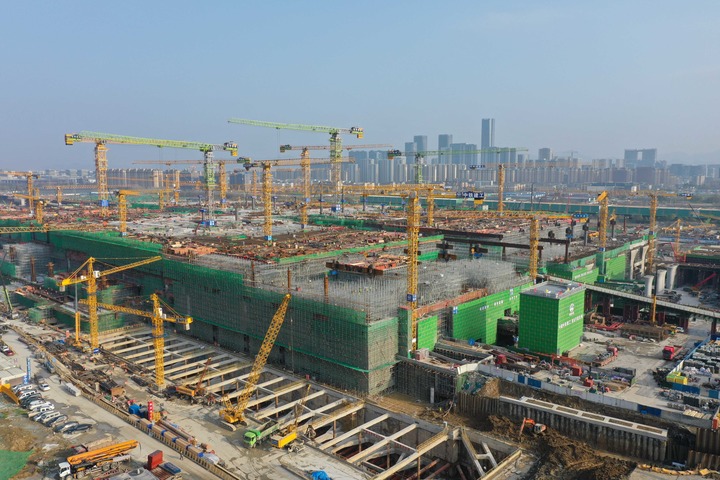 From January to July, China's LGB offerings mounted up to 1.88 trillion yuan, but the figure pointed to notable slowdown in the issuance paces compared with the past years.

This year, new LGB issuance was much slower than the previous years. By the end of July, over 50 percent of the annual LGB issues quota has not been used, said Zhou Yue, chief fixed-income analyst with Zhongtai Securities.

In his opinion, the decelerated LGB issuance this year was mainly attributable to the later quota allocation than previous years and stricter requirements over the underlying projects for special-purpose LGBs.

Apart from these, the eased new LGB issuance pace may result to some extent from the more market oriented LGB pricing, added Zhou.

In August, LGB issues including both new ones such as general LGBs and special-purpose LGBs and those for refinancing to pay back expired LGBs may approach 1.05 trillion yuan, predicted Liu Yu, chief fixed-income analyst with GF Securities.

Based on multiple factors, Chinese local governments are likely to issue bonds in an intensive manner in the third quarter, believed Luo Zhiheng, chief macro-economy analyst with Yuekai Securities.

As Luo held, China required in a recent meeting reasonable arrangement and implementation of in-budget investment and LGB issuance, and together with influences from the repeated epidemic at home, the LGB issues quotas this year are likely to be used up especially when infrastructure remains an important means to underpin economic growth. (Edited by Duan Jing with Xinhua Silk Road, duanjing@xinhua.org)