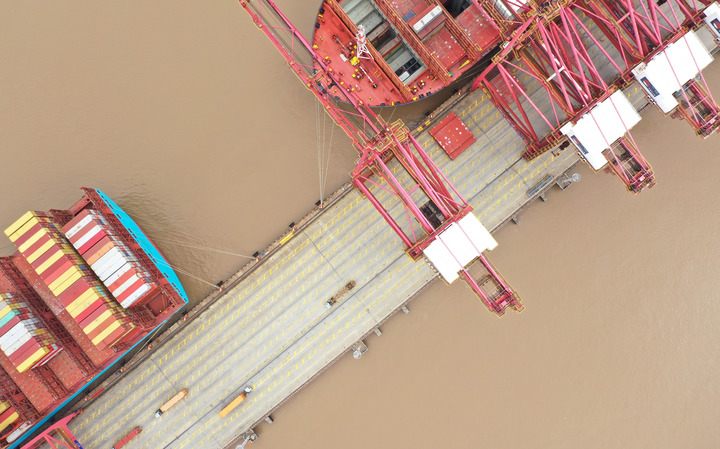 The action plan is expected to facilitate 90 percent of more than 5,000 business entities in the Ningbo area in cross-border RMB settlement, which will involve over 60,000 transactions per year on average, accounting for 95 percent of Ningbo's total.

Efforts will also be made to facilitate the daily payment and receipt of current account funds for high-quality enterprises in Ningbo. High-quality enterprises that have passed the Ningbo financial self-discipline mechanism can directly handle all existing account cross-border RMB settlements (except for re-export trade and refunds) without submitting proof materials in advance.

The Ningbo area will support high-quality enterprises to carry out entrepot trade of bulk commodities such as energy, chemicals, and iron ore through cross-border RMB settlement. At the same time, it will authorize local banks to independently decide the types and forms of transaction documents when handling cross-border RMB settlements for relevant enterprises that have access the self-discipline mechanism of Ningbo.

The plan also proposes that qualified enterprises in the Ningbo area can directly handle the compliant use of income from foreign direct invesmtent, cross-border financing and funds raised from overseas listing in their cross-border RMB accounts by showing the payment certificate of cross-border RMB capital account income.

While optimizing the cross-border trade settlement process of the FTZ, the implementation of the action plan also provides a higher level of convenient services for market players, which will effectively facilitate the high-quality development of the FTZ.