China supports Algeria in taking its own development path: FM 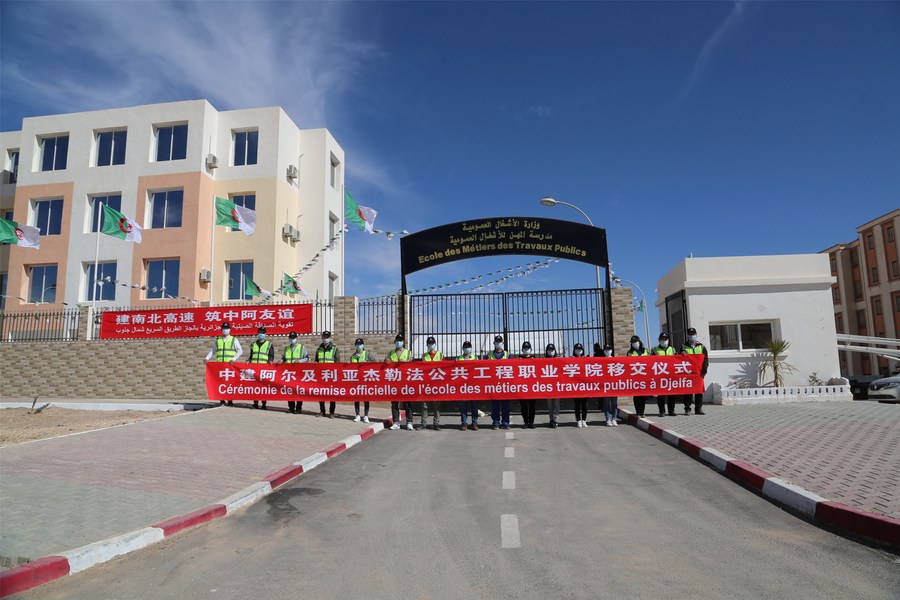 An inauguration and handover ceremony is held for the Public Engineering Technology School which was assisted by China State Construction Engineering Corporation (CSCEC) Algeria in Berbih, province of Djelfa, 300 km south of Algiers, Algeria, Oct. 17, 2020. (Xinhua)

Wang made the remarks during a meeting here with Algerian Foreign Minister Ramtane Lamamra.

Wang said China will continue to regard Algeria as a reliable good friend and partner, carry forward the fine tradition of mutual understanding, mutual trust and mutual support, strengthen mutually beneficial cooperation with Algeria and push the China-Algeria comprehensive strategic partnership to a new level. 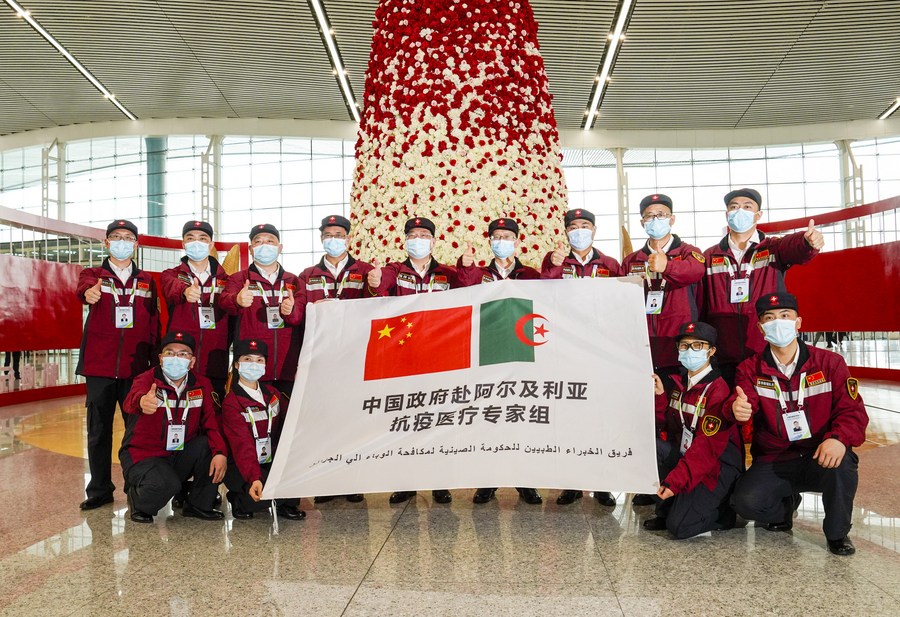 Members of Chinese medical team pose for a group photo before leaving for Algeria at Jiangbei International Airport in southwest China's Chongqing, May 13, 2020. (Xinhua/Liu Chan)

China will continue to provide Algeria with vaccines and anti-pandemic materials to support Algeria's complete victory over the pandemic at an early date, he added.

Lamamra warmly celebrated the 100th anniversary of the founding of the Communist Party of China, saying that Algeria hopes to work with China to promote the continuous development of the traditional friendship and pragmatic cooperation between the two countries.

The Algerian side will always "stand in the same trench" with China, safeguard international fairness and justice, and is willing to strengthen cooperation with China in economy, trade, science, technology, and human resources training to achieve common development, said Lamamra.

The two sides agreed to speed up negotiations to sign the five-year plan for China-Algeria comprehensive strategic cooperation and the implementation plan for joint development of the Belt and Road. ■

China supports Algeria in taking its own development path: FM