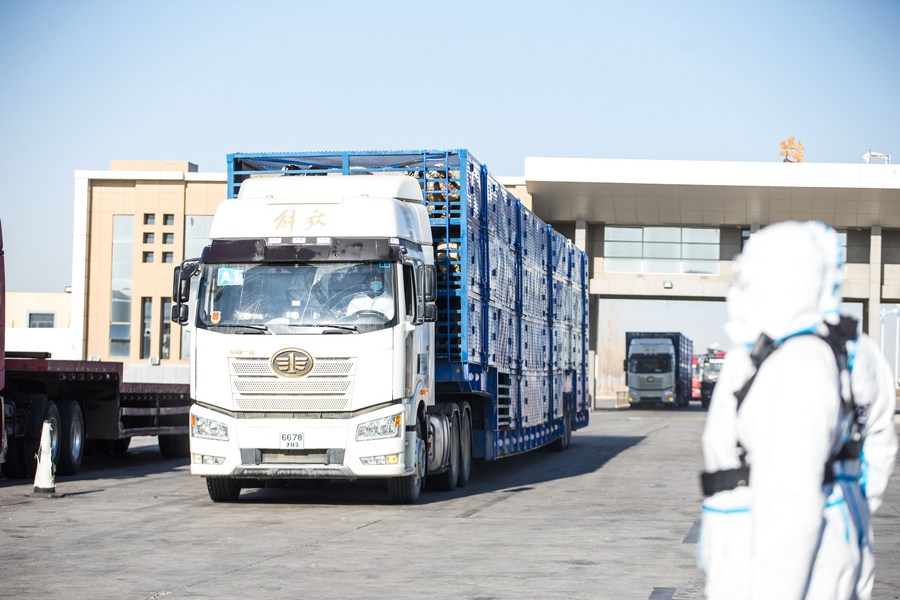 The circular states that high-level open cooperation should be further expanded and deepened, and efforts should be made to serve the Belt and Road Initiative (BRI) and national and regional coordinated development strategies, and deepen the cooperation between border and cross-border economic cooperation zones and Russia, Mongolia, Kazakhstan, Vietnam, Myanmar, Laos and other neighboring countries and regions by seizing the opportunities of negotiating and signing high-level free trade agreements and regional trade agreements with them.

The circular emphasizes on optimizing and stabilizing border industrial chainsand supply chains, saying that border industrial chains and supply chains should be expanded by better utilizing the role of border and cross-border economic cooperation zones in connecting domestic and foreign markets and coordinating the opening up of inland and border areas.

The circular also specifies that efforts should be made to better the layout of opening up in the border areas, including supporting the opening up of the border and cross-border economic cooperation zones in the Xinjiang Uygur Autonomous Region as part of the overall deployment of China's westward opening up.

Efforts should also be made to promote the building of the border and cross-border economic cooperation zones in the Guangxi Zhuang Autonomous Region into highlands of openness and cooperation facing the Association of Southeast Asian Nations (ASEAN), and the construction of such zones in Yunnan Province into important open platforms facing South Asia and Southeast Asia, give further play of the role of such zones in Heilongjiang Province, Liaoning Province, Jilin Province, and the Inner Mongolia Autonomous Region in driving opening up in northeastern China, and foster the standardized construction of the Chinese part of the China-Laos Mohan-Boten economic cooperation zone.

Zhou Mi, a researcher of the Chinese Academy of International Trade and Economic Cooperation, pointed out that the border regions have their own geographical conditions and characteristics of foreign cooperation, and will provide more choices for different international markets, which is conducive to exploring different modes of opening up under different circumstances.

"These new modes will be of great significance to China's future economic development and the integration of domestic and international markets, and will also have a more important radiating effect on neighboring countries and regions, forming a stronger leading role of the Chinese market," said Zhou.