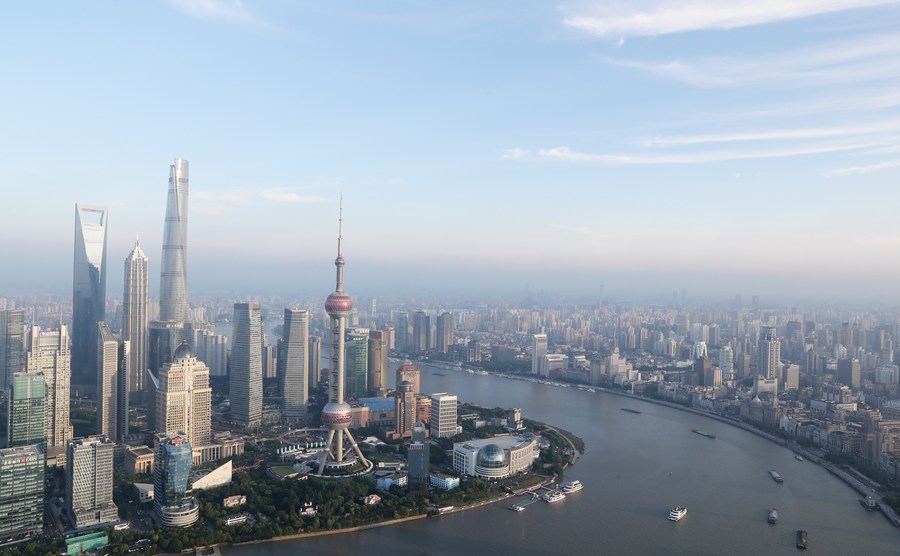 Retail sales of consumer goods jumped 29.6 percent year on year in the first four months of this year while fixed-asset investment surged 19.9 percent during the period, NBS data showed.

The surveyed urban unemployment rate dropped 0.9 percentage points from a year earlier to 5.1 percent in April, with some 4.37 million jobs created in the first four months.

While the growth rates of some of the indicators were down from March, the rises were from a higher base last April, noted NBS spokesperson Fu Linghui.

The world's second-largest economy was hit hard by the COVID-19 epidemic in the first few months of 2020, before factories gradually resumed production and consumers regained confidence amid epidemic control measures and government support policies.

While the economic data in April pointed to continued stabilization in economic activities, Fu cautioned that there are still uncertainties ranging from the spread of the pandemic globally and unbalanced recovery domestically, citing a hike in industrial goods prices in recent months, which may add pressure on firms.

The country's producer price index (PPI), which measures costs for goods at the factory gate, went up 6.8 percent year on year in April, 2.4 percentage points faster than a month earlier.

The rise was mainly due to a low base and is unlikely to lead to a notable rise in consumer prices, Fu said, adding that the country has the conditions necessary to keep consumer prices stable for the whole year.

Amid the rising PPI inflation and raw materials prices, Nomura Securities said it expected that the country would step up government bond issuance in coming months, resulting in a potential modest rebound in aggregate financing growth, which could alleviate some pressure on the demand side from the surge in raw materials prices.

Looking forward, the foundation for China's economic recovery in the second half of this year remains solid as both domestic and external demand bounce back, Fu said.