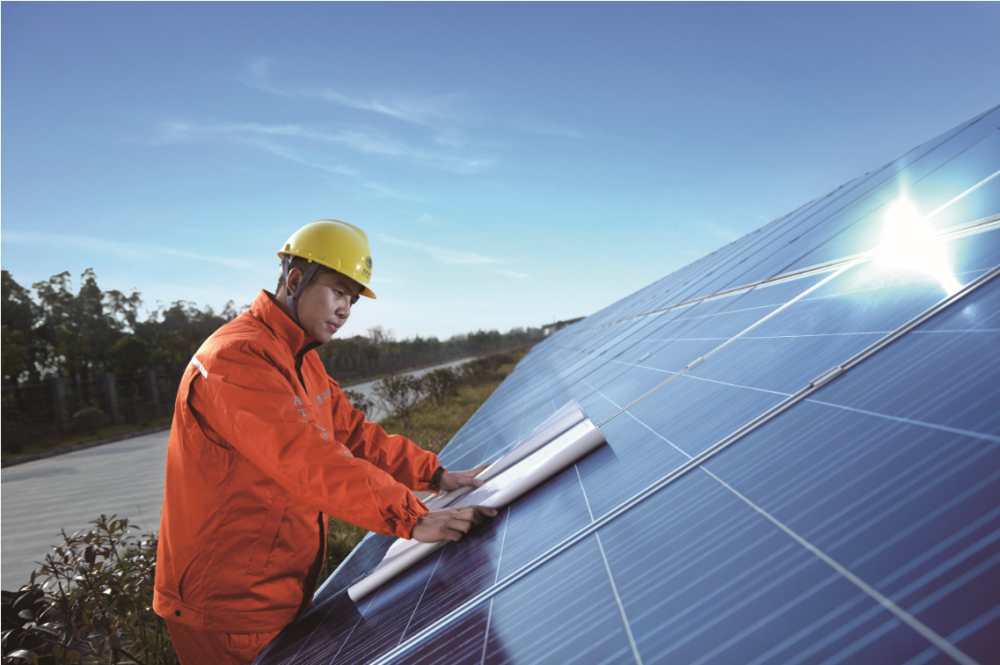 The company, affiliated to state-owned State Grid Corporation of China, released in Nanjing, capital of Jiangsu on Tuesday a blue paper named clean energy enabling fantastic Jiangsu to share with the world its practices, experience and achievements in exploring the new type of power system for green development.

Jiangsu, as a key zone with enormous potential for carbon emission reduction in China, has been one of the earliest runners in the country to develop clean energy such as PV and wind power and in the meantime encountered troubles in local power grid stability and control due to complicated power supply composition including the high proportion of new energy and external power supply in total provincial power supply.

By the end of 2020, total installed electricity generation capacity of new energy in Jiangsu amounted to 34.96 million kilowatts, up 369.9 percent from the end of 2015. Last year, the province saw annual power generation of 52.2 billion kilowatt hours by new energy, equivalent to reduction of around 15 million tonnes of coal consumption and carbon emission of 48 million tonnes.

New energy, which was once a complementary energy source for the province, now serves as an alternative energy source with multiple types, giant output size and broad application and distribution in Jiangsu. (Edited by Duan Jing with Xinhua Silk Road, duanjing@xinhua.org)