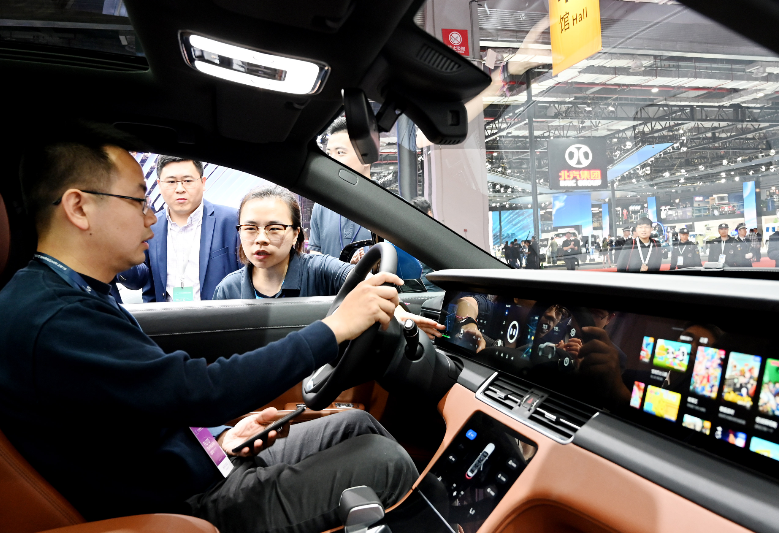 According to NIO Inc., in the first quarter of this year, it sold more than 20,000 vehicles, a year-on-year jump of 423 percent. To be specific, nearly 7,300 vehicles were delivered in March, hitting a new monthly high again.

XPeng Inc. said that it sold more than 13,000 vehicles in the first quarter of the year, representing a jump of 487 percent year on year.

Li Auto Inc. announced that it sold more than 12,000 vehicles in the first quarter, surging 334 percent year on year.

According to China Association of Automobile Manufacturers (CAAM), China's auto sales in 2020 stood at 25.311 million units, ranking first in the world for 12 consecutive years. Despite its year-on-year decline of less than 2 percent, it is still much better than previous expectations of a 20 percent to 25 percent decline. The NEV sales reached nearly 1.4 million units, hitting a record high and representing an increase of nearly 11 percent year on year.

The rapid development of the NEV market has brought major opportunities to these new comers that once faced difficulties in operation and management.

From the perspective of the financial results released by these companies, they have achieved better performances in the gross margin.

Given the huge development potential in the NEV market, many leading technology companies are setting foot in the sector.

Recently, Xiaomi has announced to officially enter the car manufacturing field, making it the second large high-tech company to enter the car-making industry after Baidu this year.

If the fact that new comers such as NIO Inc., XPeng Inc., and Li Auto Inc. entered the automotive field is the first half of the automobile industry reform, the high-tech companies such as Baidu and Xiaomi entering the field will start the second half of industrial transformation. The real revolution of the domestic automobile industry has begun, and the era of software-defined automobiles has arrived, according to Fu Yuwu, honorary chairman of the China Society of Automotive Engineers. (Edited by Hu Pingchao with Xinhua Silk Road, hupingchao@xinhua.org)