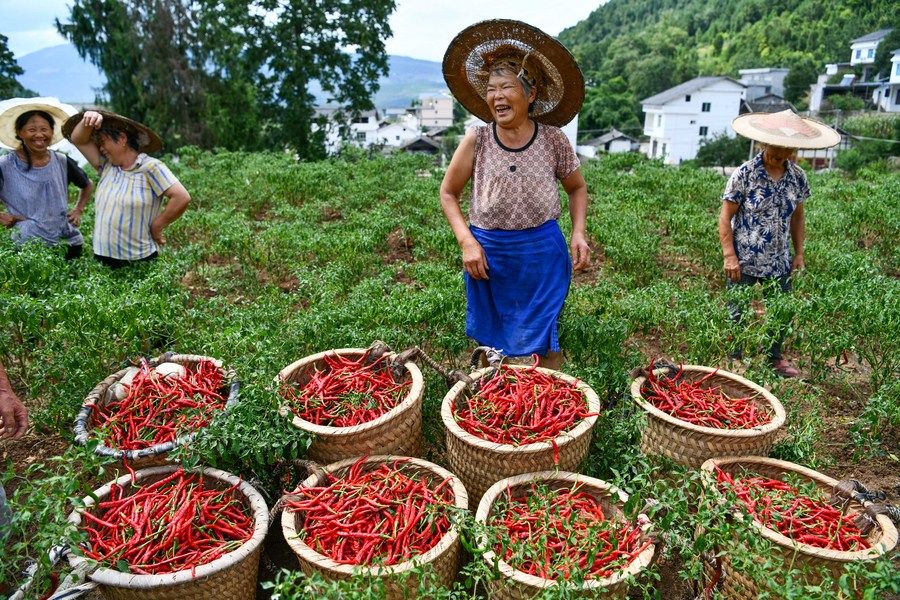 The "trickle-down theory" holds that as long as the total economic volume is large, wealth will naturally benefit the bottom by "trickling down," and the poor will get rid of poverty.

However, when poverty alleviation is carried out to a certain extent, the "trickle-down" effect will be greatly attenuated, making it difficult to solve the poverty problem completely.

Compared with the non-directional "trickle-down" effect, the "drip irrigation effect" directly points to every poor household and is an effective way to eliminate poverty completely.

On the ground "six precise measures" were invented, which refer to precisely identifying the poor, accurate project arrangements, proper use of funds, household-targeted measures, precise stationing of poverty-relief officials in villages, and measurable effects of poverty relief.

Through the six precise measures and other policy moves, China has strengthened its front-line poverty alleviation efforts and methodically targeted its resources, funds, and projects directly at the poor. 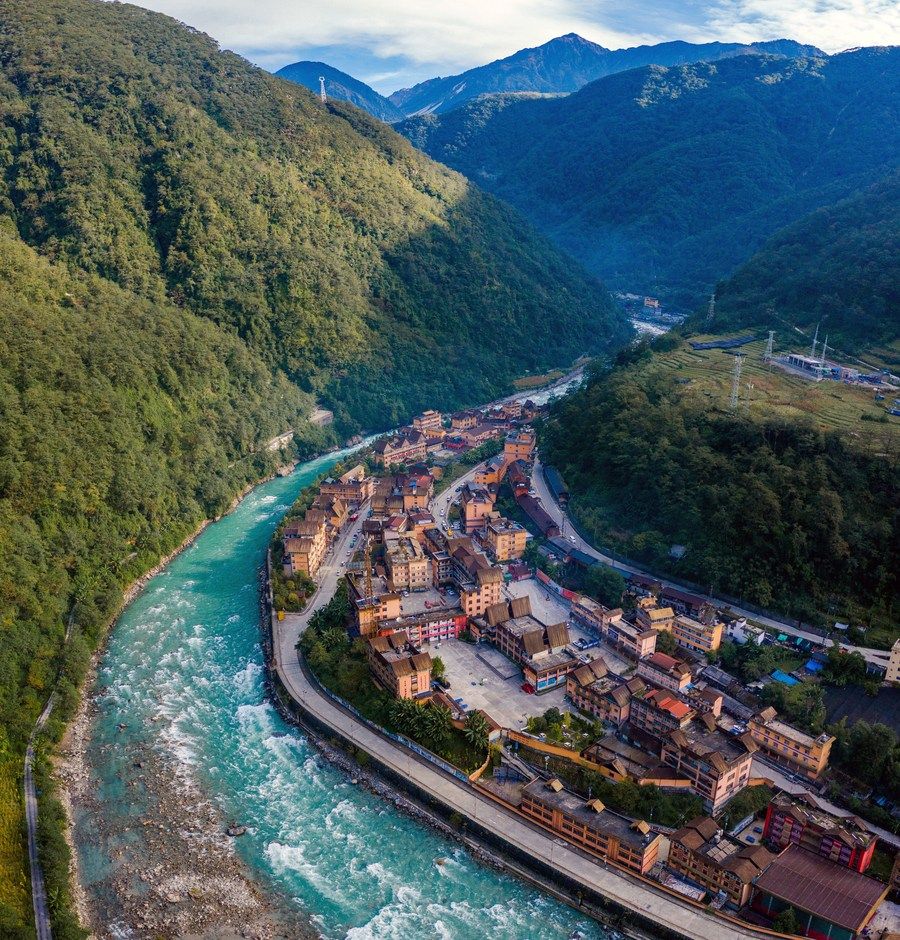 It is a special poverty alleviation project targeting impoverished people who lived in areas with harsh living environment. In the last five years, more than 9.6 million people have been relocated to alleviate poverty, which is equivalent to moving a country with a medium-sized population. They completely changed their fate through relocation.

For example, Atulieer Village, located in the hinterland of Daliang Mountain in southwest China, is called "Cliff Village" due to its dangerous terrain.

In the past, the villagers could only rely on 17 sections of ladders made of vine and wood to access the outside world. In 2017, through a local poverty alleviation campaign, a steel ladder with 6,000 steel pipes was built. In May 2020, more than 80 poor families in the village walked down the cliff along the steel ladder and moved into their new homes near the county seat.

In 2016, data showed that 95 percent of China's poor population and most of the poor regions were in areas with fragile and sensitive ecological environments under key protection.

Though these places are usually with abundant natural resources, the problems that "the environment fails to feed the local people" are quite prominent.

This refers to China's village-based poverty relief cadres, who have combined the role of leader, coordinator, mobilizer and supervisor. These "ferrymen" utilize policies and resources to build "boats" to "ferry" impoverished communities and individuals to common prosperity.

The 3 million-strong support team covers every poor village and has been stationed in villages for several years, playing a key role in identifying the poor population, finding out the causes of poverty, implementing policies on poverty relief and exit.

Along with this buzzword is another well-known phrase: Village-based Poverty Relief Mechanism. Inheriting and carrying forward the fine tradition of cadres eating, living and working together with the masses, China has implemented this mechanism as a village-based work team structure. 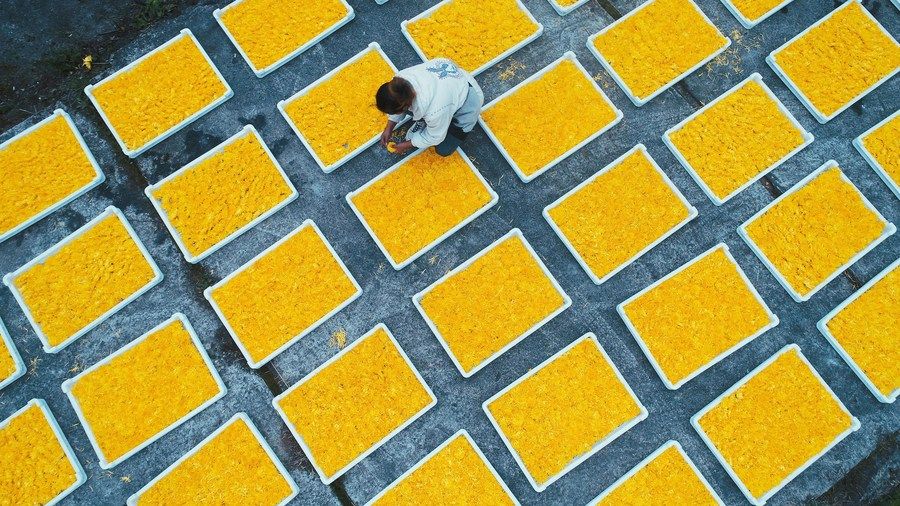 This is a mode of production organization that helps the poor obtain employment in local and nearby areas. By using idle rural land and houses, factory workshops or home-based decentralized processing workshops have been established.

These workshops have created jobs for a large number of poor people in sectors including industrial and agricultural product processing, handicraft, farming and breeding, playing a positive role in helping impoverished people increase incomes and get rid of poverty.

Take e-commerce poverty alleviation for instance. With the help of e-commerce, poverty-stricken people in rural areas can obtain employment, start businesses, and sell their high-quality, local agricultural products online. Such an approach of "connecting the world via the Internet" breaks the limits of time and space hindering the sales of agricultural products, provides products from remote areas with a "channel" to urban markets, and enables Internet development to deliver greater benefits to the poor areas and people.

Just as term implies, more prosperous areas in the east have paired up with the underdeveloped areas in the west to help the latter get rid of poverty.

Unremitting efforts and cooperation in industries, labor service, talent support, financial support and mobilization of social forces have ensured that the rural poor population under the current standard in the western region has shaken off poverty, and all poor counties have been lifted out of poverty by 2020 with overall regional poverty being eradicated.

A typical example of the country's traits in mobilizing all parties to the maximum extent to fight absolute poverty, the pairing-up program tapped into the country's traditional values of "helping each other" and "helping those in need."

LEAVING NO ONE BEHIND

In 2014, Chinese President Xi Jinping stressed that not a single individual or family should be left behind in the efforts to ensure all farmers live a happy life during his inspection in Jiangsu Province. China's fight against poverty includes all people irrespective of their ethnicity, region and family background so that the goal of building a moderately prosperous society in all respects by 2020 can be achieved. Since 2012, the poverty alleviation work has changed from "flood irrigation" to "precise drip irrigation," targeting the poorest of the poor with the slogan "leaving no one behind."

The unification of target orientation and problem orientation, as well as the combination of strategic perspective and feasibility, have become the most vivid generalization of precise poverty alleviation, which also shows the Party's firm implementation of its commitment to "common prosperity."