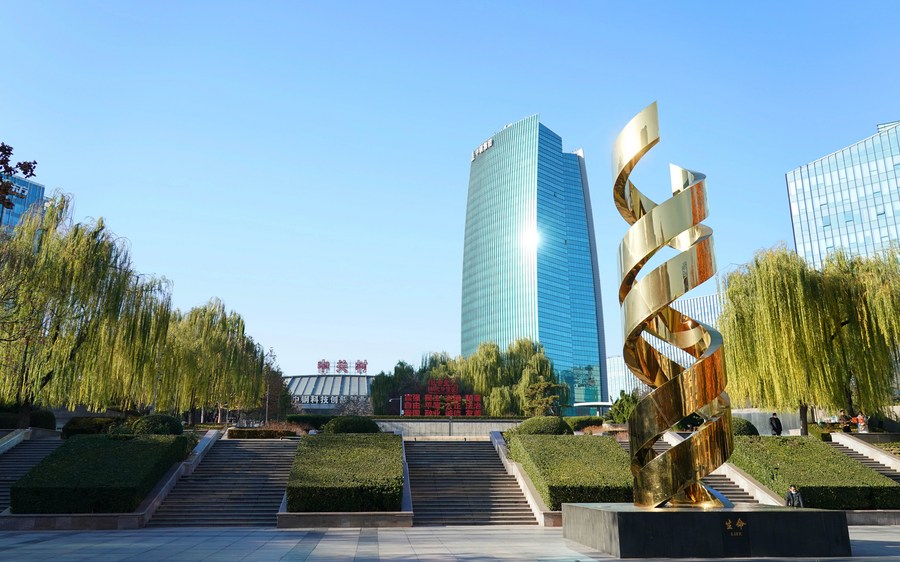 It put "strengthening the country's strategic scientific and technological strength" on top of its priority list for 2021 and mentioned "science and technology" 14 times and "innovation" 16 times at its central economic work conference.

A basket of favorable polices are also on the way to boost sci-tech innovation, involving tax and fee reduction, business environment optimization, encouragement on researchers, the building of innovation consortia by enterprises, etc.

The Ministry of Industry and Information Technology (MIIT) will organize the implementation of industrial infrastructure re-engineering projects, and carry out engineering research on key basic technologies and products.

The National Development and Reform Commission (NDRC) will promote the building of independent, secure and controllable industrial chains and supply chains.

-- Demand expansion to stimulate the endogenous power of the economy

In order to build the new development pattern, China will continue to expand domestic demand.

Specific measures will include improving the structure of income distribution and expanding the middle-income group, abolishing some administrative restrictions on consumption and purchasing and appropriately increasing public consumption, increasing investment in new infrastructure as well as equipment renewal and technological upgrading of manufacturing, etc.

Many policies have been or will be introduced to revitalize domestic consumption.

The Ministry of Commerce put forward to develop a number of cities into international consumption centers with global influence, and promote pedestrian street renovation pilot in a steady and orderly manner.

China will continue to promote all-round and high-standard opening-up in 2021, the first year of the 14th Five-Year Plan period.

The country will also empower each pilot free trade zone with greater reform autonomy, foster the reform in crucial fields and links, speed up reform in fiscal, tax and financial reform, and promote the high-quality reform of the capital market.