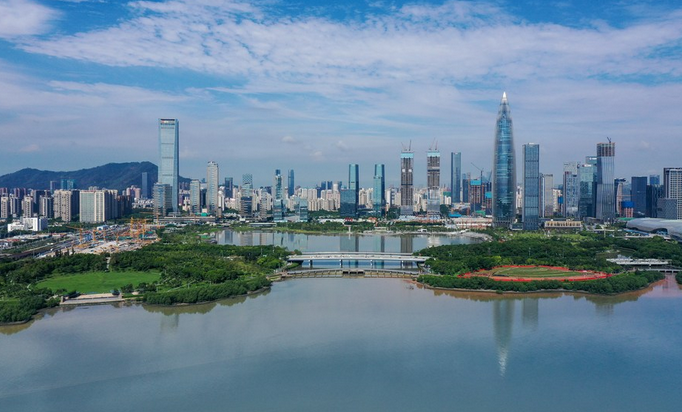 For example, China's economic powerhouses Guangdong province, Shanghai and Beijing targeted an economic growth of six plus percent this year. Central China's Hunan and Henan provinces and north China's Shanxi province set the 2021 economic growth targets at seven percent to eight percent. Central China's Hubei province, which was hit hard by the COVID-19 pandemic last year, and south China's Hainan that is building itself into a free trade port, will strive to notch up more than 10 percent GDP growth this year.

The "more than six percent" GDP growth targets set by local governments in China is more conservative than the forecast of about eight percent GDP increase made by international organizations and the projection of eight to nine percent increase made by market institutions, according to the report.

Local governments' GDP targets for this year is more pragmatic, as China's economy is still facing external uncertainties such as the pandemic in 2021, and it remains to be seen whether domestic consumption can return to normal track, some experts said in an interview with the 21st Century Business Herald.

To stabilize growth in 2021, the starting year of the 14th Five Year Plan (2021-2025), Chinese local governments have unveiled measures to spur domestic demands and propel innovation.

For instance, Beijing proposed to promote the construction of an international consumption hub this year, aiming to take the lead in forming a consumption-driven economic development pattern.

Guangdong province vowed to speed up building an international science and technology innovation center in the Guangdong-Hong Kong-Macao Greater Bay Area in order to boost innovation.

2.
Special study unveils what China has to share on fighting poverty

5.
World Insights: How China's victory against absolute poverty offers hope to the world