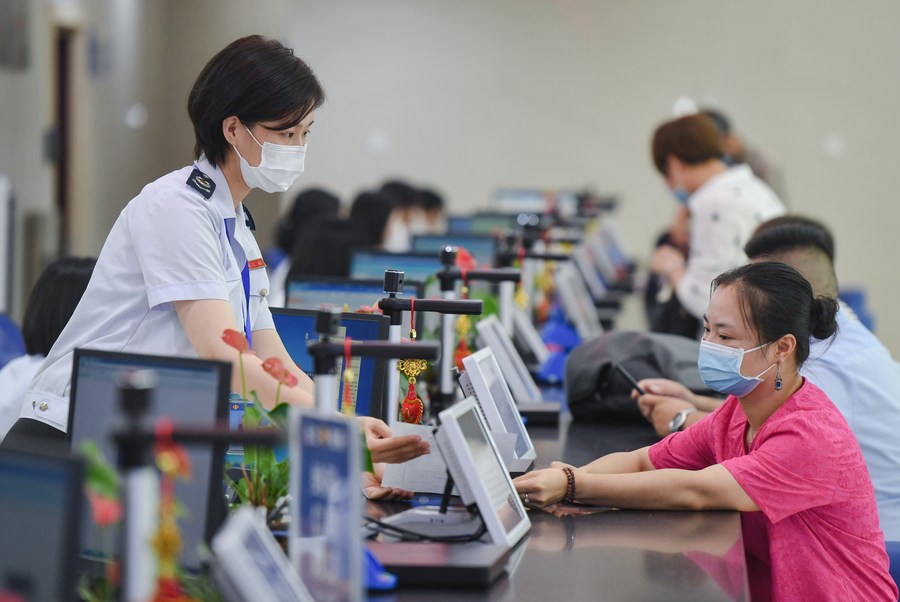 Data issued by the State Taxation Administration showed that the tax revenue organized by tax authorities nationwide with export tax rebate deducted topped 13.678 trillion yuan in 2020, fulfilling the target set in the fiscal budget though falling by 2.6 percent year on year.

Judging from the trends throughout 2020, the tax revenue growth had picked up for nine consecutive months since "bottoming out" in March, reflecting China's positive economic recovery.

Data also showed that from January to November 2020, a total of 2.3673 trillion yuan was added to tax and fee cuts, and the figure may exceed 2.5 trillion yuan in the whole year of 2020, which indicates that the whole-year target of reducing the burden on enterprises set in the government work report for 2020 could be successfully achieved.

The value-added tax (VAT) invoice data showed that sales revenue of enterprises nationwide increased by 6 percent year on year in 2020, with the growth rate in the four quarters respectively standing at -17.6 percent, 9 percent, 12.4 percent and 15.7 percent, and 29 of the 31 province-level regions in China had realized positive growth in sales revenue.

In 2020, China's high-tech industry also posted rapid growth, with sales revenue rising by 14.7 percent year on year, 8.7 percentage points higher than the average level of enterprises across the country.

5.
China's Ping An and Japan's Shionogi set medical and healthcare JV in Shanghai