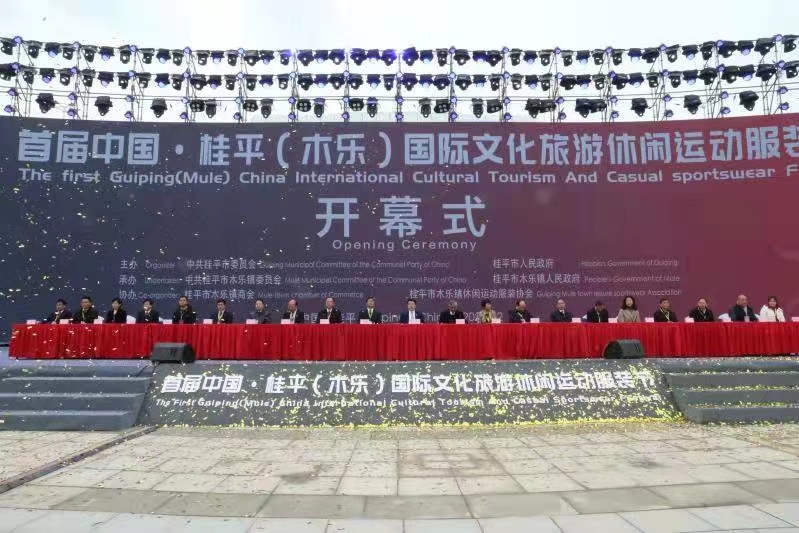 At the signing ceremony for the investment promotion of Guiping Textile and Garment Industrial Park, 11 projects were signed involving a total investment of 10.7 billion yuan. Among them, 10 textile and garment production projects will settle down in the industrial park, with an annual output value of about 3.36 billion yuan.

Chen Shujin, former vice president of the China National Textile And Apparel Council, said that the textile and garment industry has picked up under pressure and achieved steady operation in 2020. The garment industry in Guiping has a relatively good foundation with distinctive industrial clusters. Guiping is competent in promoting the casual sportswear industry to gain greater advantages in the international and domestic markets.

Guiping, located in the southeast of Guangxi, is at the intersection of the Pan-Pearl River Delta and Pan-Beibu Gulf economic circles.

Since the beginning of this year, Guiping has overcome development difficulties amid the COVID-19 pandemic and accelerated the construction of high-quality modern industrial development pattern.

It plans to cultivate five major industries and make their total output value exceed 10 billion yuan or even surpass 50 billion yuan in about three years. The textile and garment industry ranks the first in the five major industries. Guiping Textile and Garment Industrial Park will strive to become China's largest production base for casual sportswear.

Chen Jinxiu, mayor of Guiping, introduced that the garment industry is a traditional advantageous industry in Guiping and the first industry with an output value over 10 billion yuan. At present, there have been more than 400 garment enterprises in Guiping with an annual output of 200 million sets. As the largest casual sportswear production base in Guangxi, its products are sold nationwide and have been exported to Europe, America, Africa and Southeast Asia. It has a strong brand influence and a relatively high market share.

The festival, with the integration of cultural exchange, tourism promotion, clothing display and sports competition, is aimed at showcasing Guiping's textile and garment industry and cultural tourism industry in an all-round way, accelerating the transformation and upgrading of the textile and garment industry, and forging a new development pattern. (Edited by Zhang Yuan with Xinhua Silk Road, zhangyuanf11@xinhua.org)